The Rev. Bob Robinson to Serve as Summer Interim Minister 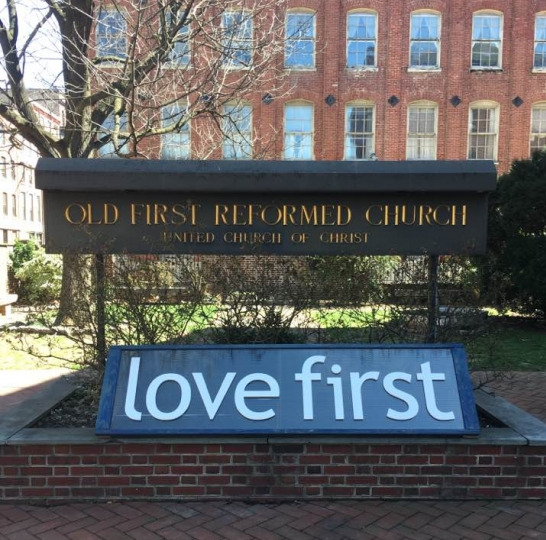 A subcommittee of the Elders worked with Michael to look for a Summer Interim Minister, while Michael will be away on sabbatical. Thanks to Julie and to Jonathan A. for their help.

It’s not always easy to find someone who can do part-time ministry for a short stint. But they found a number of interesting potential candidates, including seasoned pastors and folks fresh out of seminary, men and women, folks from nearby and folks in other sections of the country.

When their work was done, they invited someone closer to home, a member of our church. They are excited to announce that our own Bob Robinson, retiring from teaching this Spring, is quite excited about the opportunity to serve as Summer Interim Minister for June, July and August.

For Bob, the whole issue of needing to get to know people and our O.F. traditions is moot. He can hit the ground running, planning and leading worship and doing the necessary pastoral work. But remember, we’re only hiring him half-time, maybe a chance for lay folks at Old First to step up and do some new things…

Maybe it’s unnecessary, but here’s how Bob wants to introduce himself to the congregation for this new role he’ll be taking on:

I am both honored and thrilled to have been asked to serve as your interim pastor while Michael Caine is on his well-earned sabbatical this summer.  Old First has formed and sustained both Joanna and me throughout our time in Philadelphia, and I am grateful for the opportunity to return some of what we have been so graciously given.

My calling until now has been as a teacher of future pastors at the Lutheran Theological Seminary here in Philadelphia, teaching Old Testament to future leaders in many denominations.  Teaching was a privilege, but I was always aware that it was my students who had the deepest privilege,  the privilege to serve within congregations and to enter profoundly into the lives of their congregants.  Old First’s call to this interim position fulfills a longstanding desire to serve in that pastoral role.  Being called to this role at Old First is beyond what I could have hoped.

Just a little bit about my background.  I trained for ministry at Yale Divinity School, where I got sidetracked into the PhD in Old Testament.  My first teaching position was at the University of Missouri in Columbia, where Joanna and I joined a brand new Disciples of Christ congregation which instantly seemed the most socially engaged church in the city.  When I was called to teach at the Lutheran Seminary, the Disciples of Christ ordained me to a teaching ministry. I remain on their clergy roster.  There are no Disciples congregations in Philadelphia, and my background was deeply UCC, so we very quickly found Old First, truly a church home.

At Old First I have been active in our outreach ministry and have also regularly taught adult classes on the Bible.  It is too little to say that I eagerly look forward to worshiping with you and serving alongside you as your interim pastor.