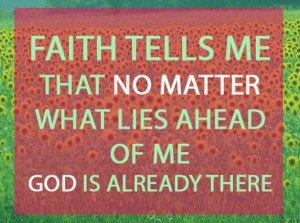 Chilmark, MA — Remember The Big Chill, the 1983 (the year I graduated from college) movie?  It was about a group of baby boomer who met 15 years after their graduation from the University of Michigan. Their friend Alex had committed suicide and after the burial, everyone gathered for the weekend together in a South Carolina vacation house.

A recent Slate article (on the occasion of the movie’s re-release as a classic) sums up the movie’s cultural moment this way: “Lawrence Kasdan’s 1983 dramedy (is) about the very serious #problems of white people in their early-30s. … The Big Chill is easy to dismiss as boomer nostalgia, but in fact the film—with its rousingly retro soundtrack, its attractively lived-in ensemble, its glib relationship to trauma, its bottled-up aesthetic—invented the modern ‘quarter-life crisis’ film we know so well.” (“The Big Chill and the Quarter-Life Crisis Film” by Phillip Maciak)

The article goes on to talk about how in The Graduate, Dustin Hoffman’s character Benjamin Braddock introduced the genre of the quarter life crisis. But The Big Chill — instead of addressing early adults’  search for place and meaning through the adventures of a single protagonist losing (and fondling!) his way through the context and limitations society had dealt him  — focused on relationships. The innovation of The Big Chill was to code-switch the narrative perspective: by beginning the film with the suicide of a once-promising young man; The Big Chill, in effect, kills off Benjamin Braddock in order to explore the phase-specific crisis communally … or from the point of view of those Benjamin / Alex left behind.

The Big Chill, for all the deserved critique — mostly that it is a reflection of the yuppification of 1980’s America — is a funny, perceptive movie about how groups of people and friendships age. Or about growing older together and feeling weird about it!

I introduce all this because I have taken to calling this week of vacation “The Little Chill.” As most of you know, I am away with my ex-wife, Miriam; her husband Alan, and our best family friend, Isa.

I have known Miriam since our freshman year in college; we obviously raised a family together.  We have known Isa since we moved to East Harlem for my first call in ministry. That’s roughly 40 and 30 years respectively.

And now, here we are, the four of us in this vacation house overlooking the Atlantic on Martha’s Vineyard. There has been no death; there will be no conception. I don’t think there is any marijuana either. But there is wine and good food and movies and nostalgic music and lots of memories and some funny, awkward and painful reflections.

Life has gone ahead and has happened. We have raised families. And buried parents, and friends. And divorced. And watched children leave home. And moved and moved on. And remade lives, even remarried. (At one point, when Miriam was making dinner, Isa said, “you are such a good cook — I should marry you.” To which I responded, “You might as well —  you are the only one in the room who hasn’t!”)

We know each other and our lives intimately even as we might still wonder. We wonder if surprising aspects of ourselves and the people we are close to — where did they come from; are they new; or did we just miss them until now?

Maybe all of life — in periods of greater or lesser distress — is to some extent a series of consecutive stages figuring out who you are vis a vis where you fit in? Or maybe that’s our privilege showing, aka white people problems?

The quarter-life crisis occurs for young adults, during the 20s and early-30s, and is therefore defined by anxiety about beginnings. “Is this what the world I’ve looked forward to and imagined is really like? Will I find the time to hang out (and hook up)… to be in a band, to live unemployed in Brooklyn… before I become that kind of adult, with all the rights and responsibilities that it’s going to turn out to entail?”

The crisis in midlife, on the other hand, is a passage that forces adults in their 40s and 50s to recognize their own mortality, to feel a little trapped in the shortness of time, or just in the poured concrete of a stable life, or desperate for stability in the eddies of life they have never gotten out of! Midlife crises often appear to be about grabbing at life, because the issue is endings. “How soon will it all come to an end? What have I accomplished with my time? What do I have left to do? What will I have to show for my life when death finally knocks on my station wagon’s door?”

We have two weeks left in the summer sermon series on “singing our faith.” This week our focus was to be “I Was There to Hear Your Borning Cry,” but for pastoral reasons, I have switched it out for “Precious Lord” for my sermon this coming Sunday.

Still, I want to end this E-pistle with “Borning Cry.” My own experiences of some of life’s narrow passages — are tempered by my thanksgiving for the people who stay with us, even through unsettled times.

But I need to acknowlege that not everyone has people who are there for them; some people are really alone. And in our crises — when the going is slow or long or hard — even those of us with very “peopled” lives often  feel alone or lonely.

To which comes the hymn’s promise: God was there at our beginning, and is just as surely there for every other phase and passage, maybe most especially when we lose our ways. I can’t even quite imagine yet ‘The Last Chill’ that our elder years could become, but I know, as a pastor and personally, that the going can get tough at any time, but we are never really alone. Quarter or mid or penultimate crises… big, little or last chills can’t scare God away. Nothing can separate us….