A Time to Plan Now for a Later Time When Plans Come to Fruition: Old First E-pistle 01.05.19 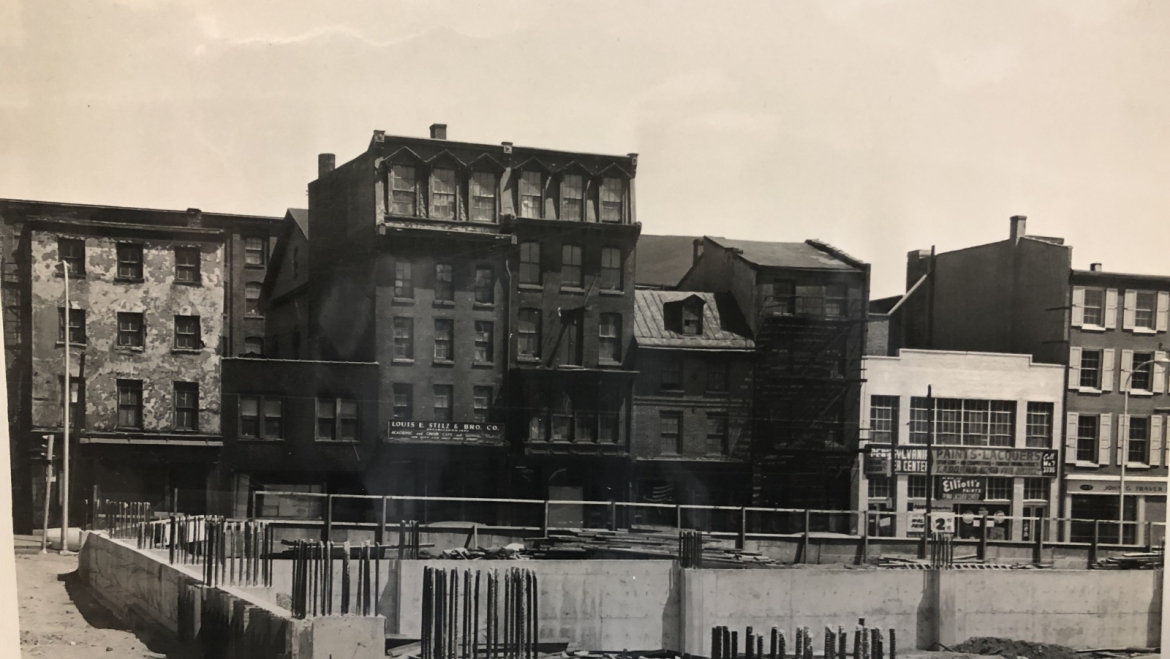 “You are worrying about the design of a building you will probably never work in!” With that very pointed, but true insight, my 30-something year old colleague made me suddenly feel very, very old.

But Kristyn’s insight also provided me with some crucial perspective, highlighting both 1) the complexity  of and time involved in the development project Old First is undertaking, and 2) the importance of steps, decisions and actions we need to begin making now, but whose consequences or results we won’t see for years down the road.

Let me explain the context. Kristyn had just laughed and said, “If we are keeping the Fox Building, do you think that we could at least get a new office floor?” The church office floor is in rough shape: linoleum tiles are cracked and missing; the subflooring is showing in places; there’s enough of a slope to the floor that sitting in an office chair with wheels, one suddenly starts rolling either towards the sink or the office door— opposite directions! — but either direction is away from where you want to be to work at the desk or the computer.

Obviously there are other, more pressing issues with the Fox Building as well. Off the top, I can think of windows that need replacing and bathtubs that need to be “re-moored.” (But, at least there is now a high-tech new high efficiency boiler system in the basement!) There’s also the almost unsolvable problem of accessibility: the narrow, high staircases that are hard to navigate, and there being no bathroom on the first floor. The cost of needed upgrades and the inherent design limitations of the building that cannot be remedied — these were realities that got us considering the redevelopment of the 4th Street parcel almost 5 years ago.

And now we are considering the possibility of keeping the Fox Building??? Have you heard this?

As we were told by our first architects, we can apply to the Historical Commission for its demolition. But the reality is, we might not be given permission. It was built in 1760, and though the facade has been altered, and the innards have been gut-rehabbed a couple of times, and maybe even the back of the building is an addition on to what was originally a Trinity plus an attic… still there are only 200 “Elfreth’s Alley era” buildings left in Philadelphia. Ours is one of them, and Philly is protective of its architectural heritage. The Historic Commission could simply refuse to permit demolition. Or getting permission could become such a long and ugly battle that the legal costs and bad publicity make it “unwinnable” for our project.

The good news is that our project is attractive enough that it is still worthwhile even with the complexity of the building around the Fox Building mid-lot. There is still research and conversations to be had, but right now, it’s looking like the Fox Building could be in large part preserved with new construction on either side.

The architects will devise a plan how to do this artfully and affordably. We will need all kinds of city approvals and permissions. We do not know how the Fox Building might be configured, used or worked into the larger, new building being constructed around it. Still, I think about the possibilities. Hence, Kristyn’s insight — assuming for a minute that I were to finish out my career at Old First, I could easily be retiring before this building is in use. Gulp!

But does the building’s coming after my tenure  mean I am not interested in and committed to the best decisions we need to make now for what will be realized years later? Aren’t we building not only for our near future in this church, but also for the ministry of this congregation for the next generations?  Megan G. has said this about the design of the church office and program space in the new building: “we need to do as much as we can to be sure it’s what we need well into the future; once it’s built, it’s built.” She’s right.

And there are a host of issues and questions and decisions that are now coming up as the project really starts rolling. I am going to ask the Joint Venture Ministry Team to create a timeline so that everyone can understand the various steps and hoops ahead of us. Most interesting to me is that “the experts” — our partners at Community Ventures and the leadership at the City’s Department of Homeless Services — acknowledge with all the dynamics and factors in this sort of project, there’s not a single right way. Instead, there’s changing circumstances and strategies, serendipities and setbacks. Sounds like good space for prayer too.

We’d like to be taking our plans to the Zoning Board as early as April. That means we have a host of community meetings to get done before then so we can begin assembling the support of the stakeholders we are going to need.  The architect will begin involving our Joint Venture Ministry Team members in design conversations about the new building. We’re rolling, church.

The Elders have gathered an ad hoc group from their own ranks as well as the Admin and Outreach SLGs. Together, the are working on the program for our upcoming Annual Meeting. It will help us understand some of the decisions before us early on in this process. And, God willing, it will get us talking with each other about what we would like to see for the ministries of our church 5 or 10 years down the road. While the parcel redevelopment project is huge, no one assumes it is the totality of our ministry. In fact, one of our needs is to figure out how it will fit in with our other ministries we feel called to do. What would you like to see us doing as a church 5 or 10 years from now? Come to the Annual Meeting on Sunday, January 27 to share what you envision and listen to others ideas. We aren’t making long-term decisions that day. We are starting a far-reaching conversation.

It will be at least 3 to 5 years before a shovel is in the ground; even longer before the building is complete and occupied. But in order to get there, and get there well, we have work to do now. It’s a classic example of delayed reward, something we are not always good at in our fast paced and immediate return society. To rely on a more biblical metaphor, we need to do the planting so that others might reap the harvest (John 4:37) .

That seems like a good lesson, an important message for a New Year. At the New Year’s Eve Watchnight Service, I preached that now is the right time for what God wants and needs us to do (despite all the circumstances we might not have wished for). Church, seize the day. Enjoy the day. But let’s also remember to take advantage of each day, not just for the day itself (which is enough of a blessing), but for the future it leads to.

P.S. Look at the photo. It’s taken across the foundation of the Mint as it was being built. And before the Redevelopment Authority cleared most of the buildings on our property. That’s 4th Street from the corner of Race down to the building that forms the southern border of the back parking lot. Look closely, the building with the single dormer is the Fox Building, though then it was all boarded up. If you look to the left of the two 5-story Victorian buildings to the north of the Fox building, you can see the front of the sanctuary building.