2021 has been quite a year, and it’s not even the middle of February!  We had an annual meeting a couple of weeks ago. We have more yearly pledges than we’ve ever had –  plus, capital pledges enough to renovate the sanctuary. The carpenters and painters have already begun their work!  All this against the continued backdrop of a global pandemic and a presidential impeachment hearing emblematic of our country’s deep divisions.  It’s a whole, whole lot.

And yet, on behalf of the Elders, We’d like to ask us to take on something more.  And, we want you to be assured that we wouldn’t ask if we didn’t think Old First could do it.

The Pennsylvania Southeast Conference of the UCC, the regional organization of UCC churches of which we are a member congregation, has asked us to sign onto a letter affirming our participation in the conference’s “ongoing effort to be an Anti-Racism presence in the community.  As you’ve heard  many times, the structure of the UCC is from the congregation up: no one person (not even the pastor!) or committee can make major decisions on behalf of the congregation without a congregational vote.  We know this well from making recent decisions about our budget and our buildings.  Any one of you who wants to be an individual signatory on the PSEC Anti-Racism Statement can go ahead and sign on–we did, Michael did, probably more of you have seen the statement in the E-pistle and signed on.  That’s terrific, but even better would be for our congregation to sign on –  as the Body of Christ here at 4th and Race.  To do that, we’ll need a vote, which the Elders are calling for in two weeks, immediately after church on February 28.

We imagine that some of you are thinking, “Why is a whole congregational meeting and vote about proclaiming that we are committed to being an anti-racist congregation even necessary?” and some of you are thinking, “It’s about time.” No matter where you are on this journey, we ask you to use Lent to explore with us what being anti-racist means to us as individuals and as the church.  We are going to offer 40 Days of Anti-Racist Lenten reflections that you might take on as a more pro-active Lenten discipline than just deciding to give up chocolate or red meat.  Over the next months, the Elders will also begin an anti-racism audit of our structures and policies, and our congregation will have other opportunities to explore what being anti-racist means, both individually and corporally.

During the upcoming season of Lent, let Old First commit to be “servants of the risen Christ, who was Himself a poor person of color, oppressed by an invading nationalistic power, who was murdered for standing with others just like Him” (PSEC Anti-Racism Statement).

In faith, hope, and love, 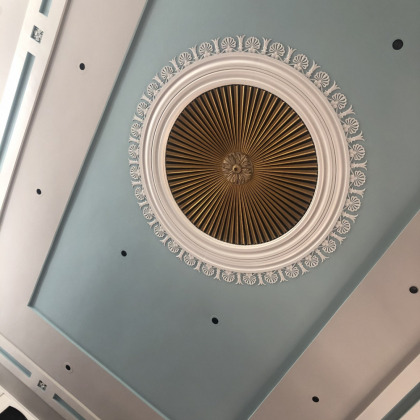 Congregation Meeting, Sunday, May 16 after worship