Apologizing to the People Left in the “Main Room” for Prayer! 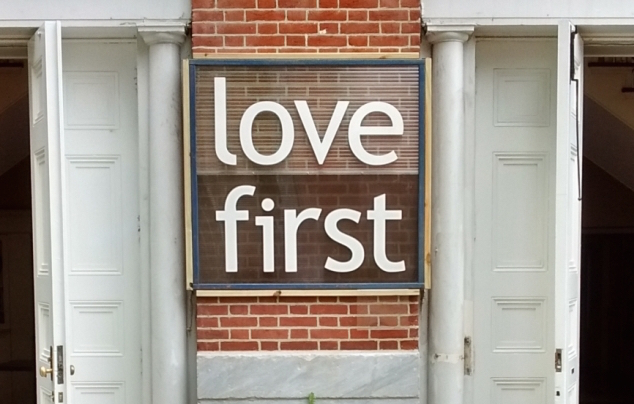 Our experiment with separating folks into smaller prayer rooms last Sunday in worship worked overall. We ended up with 4 smaller prayer rooms. And one way or another, they all shared prayers. I think by the end, all 4 even remembered to say the Prayer of our Savior together before they were welcomed back into the main room where we were worshiping. From what I have heard, people found the intimacy and the chance to share and receive others’ prayers very worshipful. (If anyone has other insights or comments, please let me know.)

There was one snafu. When Corlis and I were figuring out how to pull this off, I think we decided that I would stay in the “main room” with the folks who couldn’t / didn’t accept the invitation to go to a smaller room. For example, folks on the phone, don’t have the option. (We could move them manually to a small room, I think, but we figured that it would be easier to just have me stay with the folks whose technology made them the most likely to need some prompting and help to get to prayer!)

But when Corlis put us in rooms, I got an invite to go to Room 2. I hadn’t expected this, because I was planning on staying in the main room. But I figured I had misunderstood. So I accepted, and spent a lovely, prayerful 5 minutes in a small room. I wondered if I was supposed to be there, but Corlis was there too, so I figured that meant it was all right.

But over in the main room… nothing was happening. No one started prayers. Oh, but something was happening. Apparently, Mark S. was eating a stalk of celery in front of his computer, and the noise was enough to pick up on his microphone, so that his was the frame in the Speaker’s View. People were expecting to pray, but instead they watched Mark chomp on celery. And the people on the phone, well, maybe they heard the sound of celery crunching, but I bet they couldn’t tell what it was.

There was also one other thing happening. At a certain point, the Speaker’s View transferred to a woman who my reporter didn’t recognize. She was looking off screen, down next to her chair, and presumably petting her dog or cat. I think it might have been my friend Corrine, from NY Conference UCC, who joined us. But after a time, the Speaker’s View transferred back to Mark who was still working on that stalk of celery.

On Monday morning, I informed Mark that he had become the star of the prayer time. He was startled — “You mean, people can actually see me?”

So, for any of you who were in the main room for prayers, I apologize. That’s not what we meant to happen. I guess we could pretend that was the Quaker Prayer Room. Or we can confess that learning how to worship in a completely new way is going to involve some missteps and snafus. I can promise that next time, I will make sure I am there and we get people sharing prayers!

See you “in church” (in the OldFirstGatheringSpace or in our Zoom room),