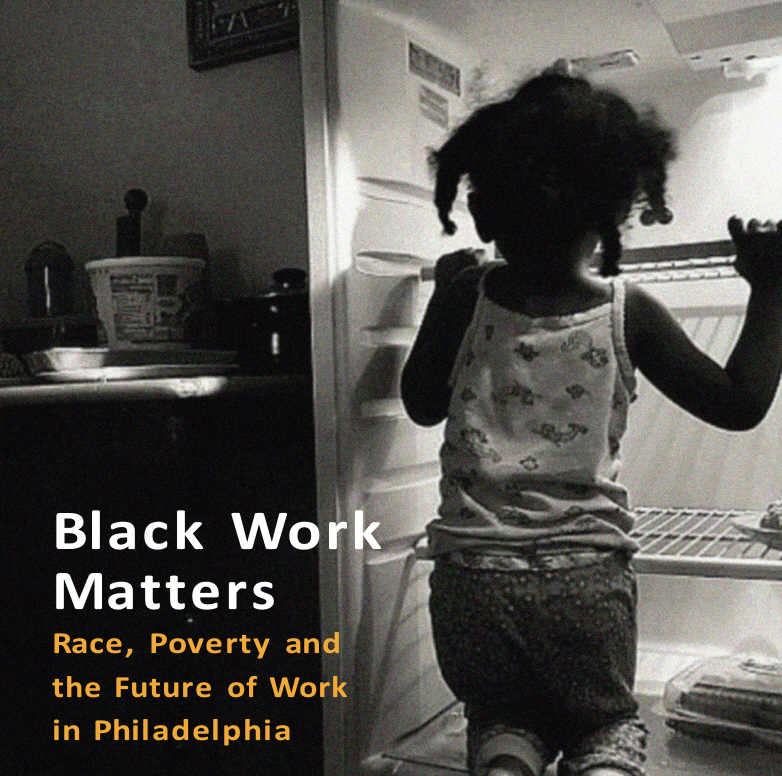 Clark and POWER organized for us a Jeopardy Game in our Sanctuary, Wednesday night, Oct. 18. Not just for us: we also had guests from Society Hill Synagogue and the Arch Street Quaker Meeting. And a few others visitors as well.

Jeopardy in the Sanctuary? Well, the game was a gimmick really. To help us learn, in a fun format, something about the recent report that POWER has produced, titled “Black Work Matters: Race, Poverty and the Future of Work in Philadelphia.” See? Suddenly, it’s not some game show send-up. It’s not really that unusual to think about our Sanctuary being used as a forum for conversations about economic, racial and social justice and the integral health of this city!

We have a copy of the report in the office if you want to see it. But here are some of the highlights, to give you a sketch of the threatening situation in our city it describes and the issues we want to be working with other faith communities across this city to solve:

How much more, per captia, do white residents make than their Black and Hispanic neighbors in Philadelphia? That would be roughly double.

In some zip codes, the unemployment rate is more than twice the city average. But in what communities is the poverty most concentrated? That would be North Philly, Kensington and West Philly.

Since 2001, how much over growth in income has been captured by Philly’s richest 1%? That would be literally all of it; the bottom 99% have seen salaries stagnate or fall.

Of the families in Philly living on less that $10,000, what percentage are African American? That would be 57%.

What is the annual income that meets the cost of living standard for one adult and one child in Philly? That would be $48,651.

What is the rising industry in Philly that has the potential to replace the manufacturing jobs that have been sent abroad? That would be the hospitality and service industry.

What percentage of hospitality workers earn less than $25,000 a year? That would be 73%.

What is the average pay difference between unionized and non-unionized housekeepers at Hilton’s Penn Landing hotel? That would be $5.00 per hour.