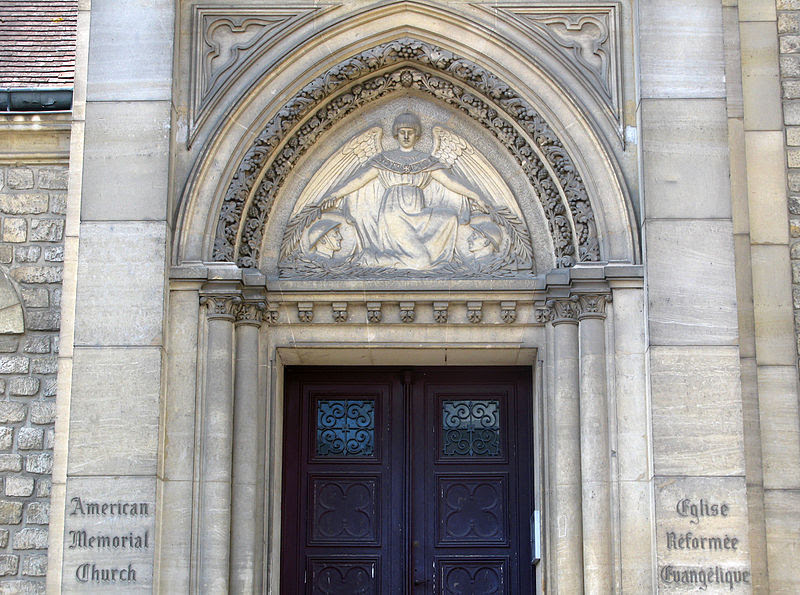 Just over 100 years ago (April 6, 1917), the United States entered WWI.  As part of the war effort, the Reformed Church in the United States (the denomination to which Old First belonged and whose national headquarters were at 15th & Race) raised money to build and fund messes for the soldiers.  However, the war ended in 1918 before all of the money the denomination raised was used.

Many men from Southeastern Pennsylvania fought and died in significant battles in and around Chateau Thierry, the Marne, and Belleau Woods.  The town of Chateau Thierry, a focal point in the second battle of the Marne, suffered massive destruction.  The Reformed congregation there had no church building and worshipped in a second floor meeting room.  Long story short, the 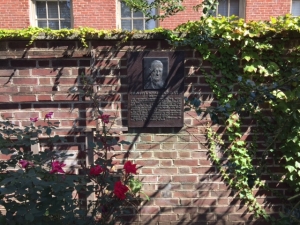 Reformed Church in the United States used the money meant to build mess halls to build a church on the plaza in Chateau Thierry instead.  The resulting very American-looking church contains a memorial plaque with the names of the men from Pennsylvania who died in and near Chateau Thierry.  In attendance at the 1924 dedication of the church and representing the Reformed Church in the United States was Old First member Dr. Charles E. Schaeffer, the denominational representative who spearheaded the Chateau Thierry project.   A respected and well-loved figure around Old First, Dr. Schaeffer often filled the role of interim pastor.  In 1976 the eastern half of the front church yard was dedicated as the Charles E. Schaeffer Memorial Garden and a plaque in his honor was installed on the garden wall.