Church as Our Training Ground for Relationalism (or God’s Kingdom): Old First E-pistle 02.22.19 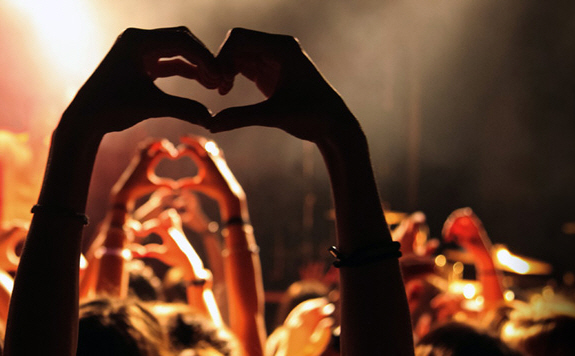 I begin by admitting this E-pistle is derivative. It’s a reworking or reapplication of David Brooks’ recent column “Weavers,” which sort of surprises me. I mostly avoid reading Brooks as I find him usually muddled, and often infuriating. Actually, I often read him only when I want to be mad.

In this column, Brooks was talking about a topic that I think is why church is even more important these days. But he never mentions the church or religious communities.

Brooks, covering what he called his “sociology beat,” was writing the column about a social renaissance happening from the grassroots up. He began with the pain he runs into as he travels the country talking about social fragmentation and isolation. He was referring to individual’s specific losses, hurts and aggravations, but his identified patient is our culture of fear, distrust, tribalism, shaming and strife.

Brooks believes that across the country, local efforts are responding to our broken culture and its isolation that is condemning us. Essentially, Brooks sees grassroots folks have diagnosed our social problems sufficiently to begin working on a cure. Brooks calls their efforts “weaving.” We can either be weaving, as in weaving back together a frayed social fabric, or we can be rippers. He believes there is a weavers’ movement that does not know it’s a movement.

Brooks wants to describe his weavers as those who place relationship over self. People who see that the measure of our lives is in the quality of our relationships. He’s talking about the “we over me” set.

I can’t go all the way with Brooks’ conclusions on what he sees. In the conservative lilt that annoys me, Brooks identifies our culture since the 60’s as “hyper-individualistic” …with too much “emphasis on personal freedom, self-interest, self-expression and the idea that life is an individual journey on the way to personal fulfillment.” He fails to appreciate the liberations, and instead concludes that our problem is not just a sociological one, but a moral one. He seems to want to suggest that it’s all — both the problem and its solution — in personal choice rather than a more socially-integrative understanding of how individuals are formed, constrained and empowered by the relations and the context in which they are given to live out their lives.

But I do appreciate the cure he is prescribing: He is essentially saying that to combat a limiting individualism that is either existential or our inheritance (or both!), we need the counterbalance of community-building. “When we love across boundaries, listen patiently, see deeply and make someone feel known, we’ve woven… and reinforced generosity.” Brooks is aiming at some social engineering:– “to shift the culture so that it emphasizes individualism less and relationalism more.” (I’d never heard or even thought of the word “relationalism!)

I wonder if maybe he isn’t just rightfully impressed with an ever-present “communalism” – an intent and action that is the opposite and counterbalance to our individualism and self-reliance. Maybe, all societies to survive have to have such a group interest to keep self-interest in check?

Culture changes when a small group of people, often on the margins of society, find a better way to live, and other people begin to copy them. These Weavers have found a better way to love… and… need to illuminate their example, synthesize their values  so we understand what it means to be a relationalist and not an individualist. We need to create hubs where these decentralized networks can come together for solidarity and support. We need to create a(n)… identity.

Isn’t that starting to sound sort of like church? Where people are struggling to get beyond themselves, and to live less narrowly, in service to others.

And maybe we have an advantage towards relationalism: our initiating act is to declare our dependence on something (someone?) greater than us. And as God has related to us in the humanity of Christ, are we not to relate humanly to others. In fact, mystically, but only together, we become the body of Christ. It’s about seeing, trusting, mutual support and believing. Church is practice for and participation in relationship and community-building.

It sort of feels like people all around the world are responding to this crisis we all feel. A destructiveness that’s too often tearing down and ripping up.

But here at Old First (and I presume churches around the world), we are committed to building up and creating community. To “deep hospitality, showing up for people and keep showing up.”

It’s an alternative vision. A different kind of micro-society. Not always easy. Never perfect. But important always, and now maybe more than ever.

One more thing, that I heard secondhand from a recent sermon of our Conference Minister, Bill Worley. You’ve heard of safe space, right? Beginning in the academic setting, it’s mostly been about creating an environment that will increase the safety and visibility of marginalized or oppressed community members. Recently, however, in academic settings, there has begun to be talk about “brave space.” It’s where people in community are invited to the challenges of community:

~ “Controversy with civility,” where varying opinions are accepted.

~ “Owning intentions and impacts,” in which people acknowledge and discuss instances where a dialogue has affected the emotional well-being of another person.

~ “Challenge by choice,” where participants have an option to step in and out of challenging conversations.

I think of that as a vision for how we might do church, wherein we challenge each other as much as we support one another, as much as we love one another. The Bible, taking its lead from Jesus, talks about that as a kingdom that is to come, but is also already here.