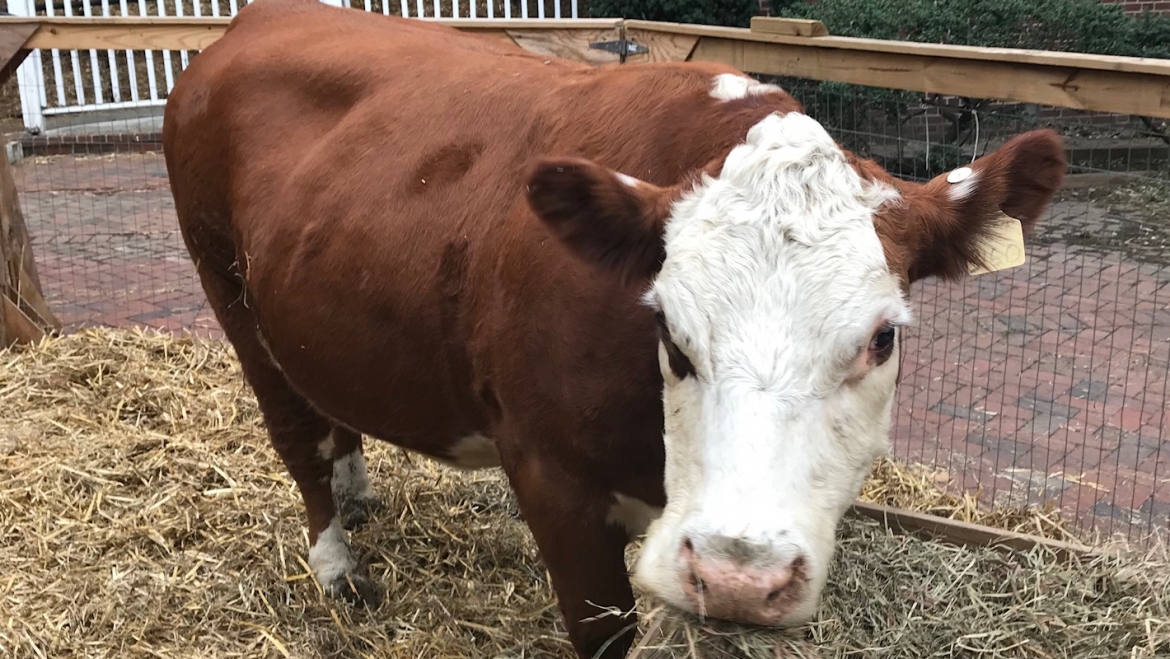 SIGN UP TO CARE FOR OUR ANIMALS AT THE CRECHE:

The Animals have arrived and this years animals are like none other.  Let us introduce you to our stable visitors that we are hosting until 12.27.2017.  Each year for Advent and Christmas Old First fashions a makeshift Creche in its front parking lot at 4th and Race Streets. It’s our facsimile of the outbuilding that was given to Mary and Joseph in Bethlehem, where Jesus was born among the barnyard animals.

Stormy is the Cow and boy is she a BIG one.  Stormy is Beautiful and an absolute love who does not seem to be bothered by anything going on in the neighborhood.  She is a heavy with big hooves so watch your feet on picture day.  We’re told that she will also push you “gently” out of the way if she is headed to the trough to eat and you’re in the way.  She seems to be in no way aggressive but a love. 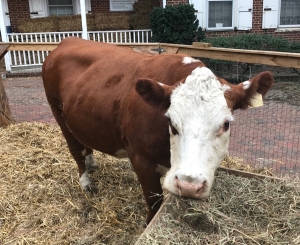 Basil and Blossom are the Sheep.  Basil is the small of the two and Mom to Blossom who is the larger of the two.  Mother and Daughter are inseparable.   Did you know another name for a female sheep is ewe.  Basil and Blossom both eat hay the same as Stormy the cow. They are sweet ewes that follow each other everywhere through the pen but are a bit skittish when approached by people. 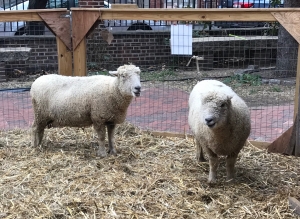 Sally and Biddi are the Donkeys.  Make sure you notice the cross on their backs. It is believed that in reward for the loyal and humble love of the donkey the Lord caused the shadow of the cross to fall across his/her back and left it there for the donkey to carry.  All donkeys carry the cross.  Sally and Biddi both carry the cross.  Like the sheep Sally is the smaller of the two and is also the Mother to Biddi.  Biddi is larger.  We’re told they can be aggressive towards the other animals, particularly the sheep, so they are being kept in the separate enclosure within the creche.  When mucking the yard however we are able to mingle them with the other animals and they seem to be fine for that short period of time.

Like the sheep, Mom and Daughter do not like to be without each other but are more social with people than the sheep.  They must be kept and walked together at all time.  Sally and Biddi are also on diets and eat what is called garbage hay. Becuase they are on diets they are fed small portions twice a day and small portions so if you see their trough without food its not because they are neglected but being cared for properly.  Once the hay is gone they must wait till the next portion feeding. 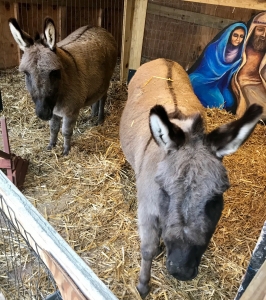 We really count on our volunteers; the animals do too!  Please signup to care for the animals.  It’s a great experience!

SIGN UP TO CARE FOR OUR ANIMALS AT THE CRECHE: