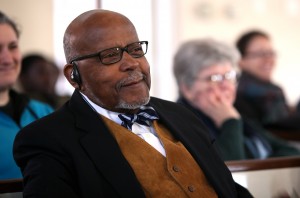 It’s not often that one has a published author among the faithful in the pews! Bob Polk recently published a memoir, and on Sunday, we’re going to celebrate him and his journey a bit as he introduces us to the book (and signs our copies!)

His almost improbable story dates as far back as ancestral narratives from America’s slave era, to his formative era during The Great Depression and his support of the continuing struggle for civil and human rights at home and abroad.

Bob started on Chicago’s South Side. But life has taken him to North Dakota and New York City before retirement in Philadelphia. He has sat alongside the revered and the reviled, among the famous and the infamous, the forgotten and the forlorn. From heads of state and political leaders to community activists and distressed families. And he reminds us of the ingrained responsibility each of us has to improve the human condition.

Join us in the Social Hall after worship.