On Sunday, May 26, we did something new in worship. …Maybe something never done before in our 287 year history as a worshiping Protestant community.

Usually, one is asked at the beginning of worship to turn off, or at least silence your phones. Well, last Sunday, Mike Wass asked everyone to get their phones out and make sure they were turned on.

Because the School District of Philadelphia is facing a budget crisis of catastrophic proportions. Each year as Governor, Corbett has reduced the state budget’s funding to the schools across the state by $1 billion. He’s offered this year, after consecutive reductions, to add back in $90 million.

The problem is not Philadelphia’s alone and cannot be handled by the city alone. It’s going to take pressure on Republican leaders from other parts of the state and on the Governor. Mike announced a upcoming POWER protest in front of the Governor’s office on S. Broad on June 14. Julie Steiner announced a teachers’ union protest in front of the School District HQ on May 30. Liz Ortiz witnessed that she and others had walked to D.C. to deliver messages from school children.

The issue of funding for the next academic year needs to be settled with the state budget by June 30. If the state doesn’t ante up support for Philadelphia and other underfunded school districts, it’s not clear how schools will run next year.

At Old First, in our organizing with POWER, we’ve found that the public schools, education of our students and support of our teachers is a major interest of our community. Most people find it a basic justice commitment demanded by our faith.
There have been tearful prayers for the last 3 weeks during worship.

So, at the end of worship on May 26, Mike Wass, from our Outreach SLG and POWER Local Organizing Committee, invited people in worship who wished — as part of their faithful response to the Gospel — to contact State Senate Majority Leader Dominic Pileggi (from Delaware and Chester counties) with the message:

We used our phones to call, e-mail and tweet. All of a sudden, you could hear people around the sanctuary leaving messages. It sounded like the church in prayer!

You can participate too:

And once you’ve gotten it in your phone, keep up the pressure. You might also think if you know people in his district who you could invite to contact him to advocate for sufficient funding for schools, students and teachers across the state.

There will be an opportunity to make your voice heard in this important issue again this Sunday, June 2, in worship. 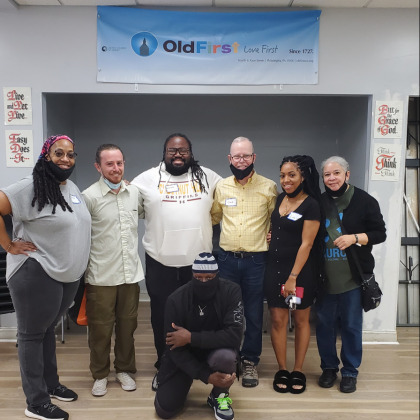