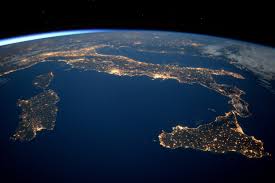 The UCC Council for Climate Justice has spearheaded an interfaith effort to preach a thousand sermons in solidarity with the 21 children and youth who are suing the federal government over climate change. One of the youth plaintiffs is the son of a UCC pastor.

In that landmark case called Juliana v. U.S., twenty-one courageous youth have filed a lawsuit against the United States government for its role in causing climate change and for violating their rights to life, liberty, and property, while also failing to protect essential public resources. The youth range in age from 10 to 21, and their voices provoke a moment of moral reckoning for our nation. Their day in court is coming, and now is the time for people of faith and conscience to speak out in solidarity.

Juliana v. United States is not about the government’s failure to act on climate. Instead, the 21 young plaintiffs assert that the U.S. government, through its affirmative actions in creating a national energy system that cause climate change, has violated their constitutional rights to life, liberty, and property, and has failed to protect essential public trust resources. The case is one of many related legal actions brought by youth in several states and countries, all supported by Our Children’s Trust, and all seeking science-based action by governments to stabilize the climate system.

In solidarity with the youth and their lawsuit that has been in the courts since 2015, Michael’s sermon on April 22 will be about the youth and their effort. Our worship service will help us to focus on the sanctity of the natural world in a time when many of the governmental policies and agreements intended to protect the environment or at least slow environmental degradation are under attack by the current administration or actually being dismantled or rolled back. Is it time for church’s to raise high their faith’s connection to the earth and our calling as faithful Christians to protect the environment? Join us on Sunday, April 22, in the courtyard, weather permitting, for worship.

Learn more about the lawsuit being brought through the dedicated work of Our Children’s Trust.