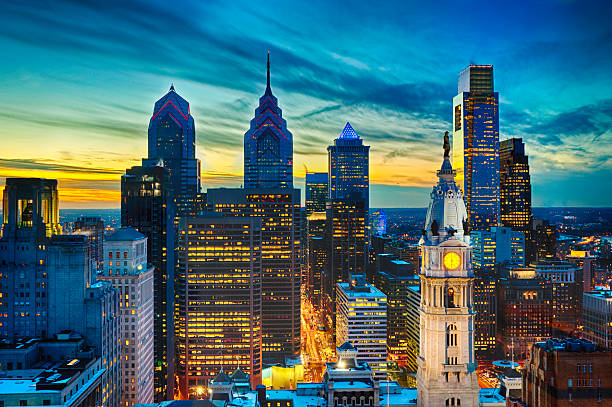 Three times this summer I have had the opportunity to think about Philly with fresh eyes, and I liked what I saw.

In June, my friend Ray was coming to visit and wanted to see his way around Philly. It was Pride Weekend, so we had the parade, which is usually both queer and homespun (even if this year, it felt mostly like corporate sponsors on Parade. But before that, on Saturday, he and I left my house, walked to the Museum, down the Schuylkill Trail, across South Street up to Northern Liberties and back home.. only after doing the four squares of Center City and Chinatown. He was really impressed; I began seeing the city again as if for the first time.

This week, my friend Angelita, from the Waldensian seminary in Rome, is visiting. I asked for help thinking about what I should show her, and I enjoyed the list of suggestions that my request occasioned — from the obvious to the arcane. She and I wandered our way around the city yesterday, and as she pointed out, the scale of Philadelphia, both vertically and horizontally, is very livable. It has turned out that she really wanted to explore the Art Museum, and also for her father, visit the Masonic Temple. (Her visit therefore became my opportunity to see the Modern American Art special exhibit I had wanted to be see). Yesterday, we had lunch in Fairmount and dinner in Chinatown. I think tonight, she and I should head to the Italian Market or Passyunk so that she might see some of the South Philly Italian influence on our hometown.

This weekend, I had planned a sort of staycation for a friend who did not get to get away at all this summer. It turns out it’s not going to work out, which is probably just as well, as the rain is looking to make it a washout anyway. But it was fun planning, especially since he thinks of me as someone who refuses to plan. However, I planned to do something nice for him:

~ A.C. and the Beach and Harry’s Oyster Bar and fireworks on Saturday.

~ Sunday lunch at Yard’s after I finish at church; then the Labor Day Volkfest by the Cannstatter Volkfest Verein on Academy Road in the Northeast; finally, I couldn’t choose so I was going to leave it up to him, either going to see Arnez J at the Helium Comedy Club in Rittenhouse Square or seeing Franky, Beverly and Maze and the Whispers at the Dell Music Center.

~ Monday I wanted to take him south for brunch (maybe the Hungry Pidgeon or Dutch) and then we were going to go look at the Tall Ships, or see the Mutter Museum or the Magic Gardens.

In the midst of this ‘I love Philadelphia’ extravaganza, I almost even enjoyed the String Band that performed at the Phillies game on Tuesday night.

I could just be a Philly booster, but it also feels like there is a spiritual lesson in here.

There is a phrase I know: “grow where you are planted.” I have always believed that it referred to a person finding his or her home in the faith community of his or her birth, as opposed to converting or relocating to some other — especially exotic or far from home — faith.

But I’m suddenly taking another meaning from it. I often say, “where we find ourselves — in time and space —  maybe we need to consider that God sent us right here and now for just for what we can or ought to do in the figurative and literal place that God has placed us.” Usually, I am saying that when someone starts complaining about how hard it is to do church well in our modern secular age.

But in this case, “grow where you are planted,” could also mean that we can prosper and flourish where we are. No reason to make what the 12-steppers call a “geographic,” where you move to a new location expecting that that the new place will make everything right in your life. The 12-step insight is that it might take a little time for one’s baggage to catch up to you (what makes us believe in “geographics” in the first place, and the very idea of vacation!). Eventually though, your baggage will show up, sometimes getting delivered in the most unattractive way. So why go any place else? Why not concentrate on finding the best about where you find yourself? Yes, there are problems and disappointments and difficulties with every place. But if we have the eyes and hope and appreciation to see, might we not suddenly recognize nothing less than the City of God?