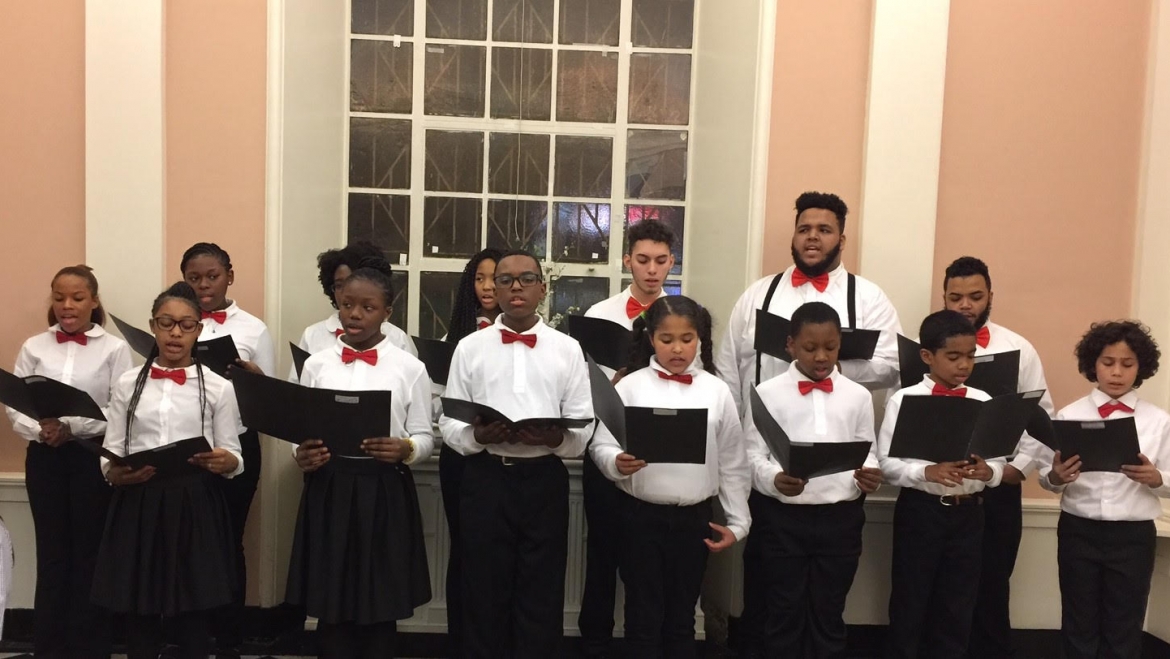 Many thanks to Esther  and John. Michael C., Teetee, Mimi and Michael, Annemarie, Robin and Bill, Karen and Keith, Pat (and Jeff), Kathy, Teresa, Stephen and Leigha who have all signed up to help host the New Amsterdam Boys and Girls Choir this weekend. We will be welcoming people form 11 years old to grandma-age!
You can help too — it begins on Saturday evening when we will be having dinner with them: a potluck in the Social Hall after they have spent the afternoon sightseeing. Everyone is invited. The church is providing BBQ chicken. Everyone else can bring side dishes and desserts, so we are sure there is enough for everyone.

We are excited to welcome the New Amsterdam Boys & Girls Choir from East Harlem this coming Sunday in worship.

The purpose of the New Amsterdam Boys & Girls Choir is to enrich the lives of children in the East Harlem community, using choral singing as a catalyst. Discipline, respect and academic success are expected as well as working harmoniously toward common goals.
The New Amsterdam Boys and Girls Choir was established in 1986 as the New Amsterdam Boys Choir. In 2008,it broadened its mission to serve girls.The choir annually gives 10 – 15 local performances. The venues for concerts away from New York City have been Massachusetts, Pennsylvania, New Jersey, Connecticut, Vermont, and Nebraska. The boys choir also made three trips to Germany.
James Backmon, a long time resident of East Harlem, attended local public schools. He attended Queens College’s Aaron Copland School of Music. He has worked with a number of choirs in the NYC area including the Boys Choir of Harlem, New York Boys Choir, Rainbow Voices and the NYC Street Singers
The NABGC chooses from a repertoire suitable for young voices, including the changing voices of adolescent boys.  In addition, the songs reflect the diversity of the world we live in.
Please be early and on time to church to make sure you catch all of their beautiful music, starting with the Prelude!
Holly Phares, Artist in Residence