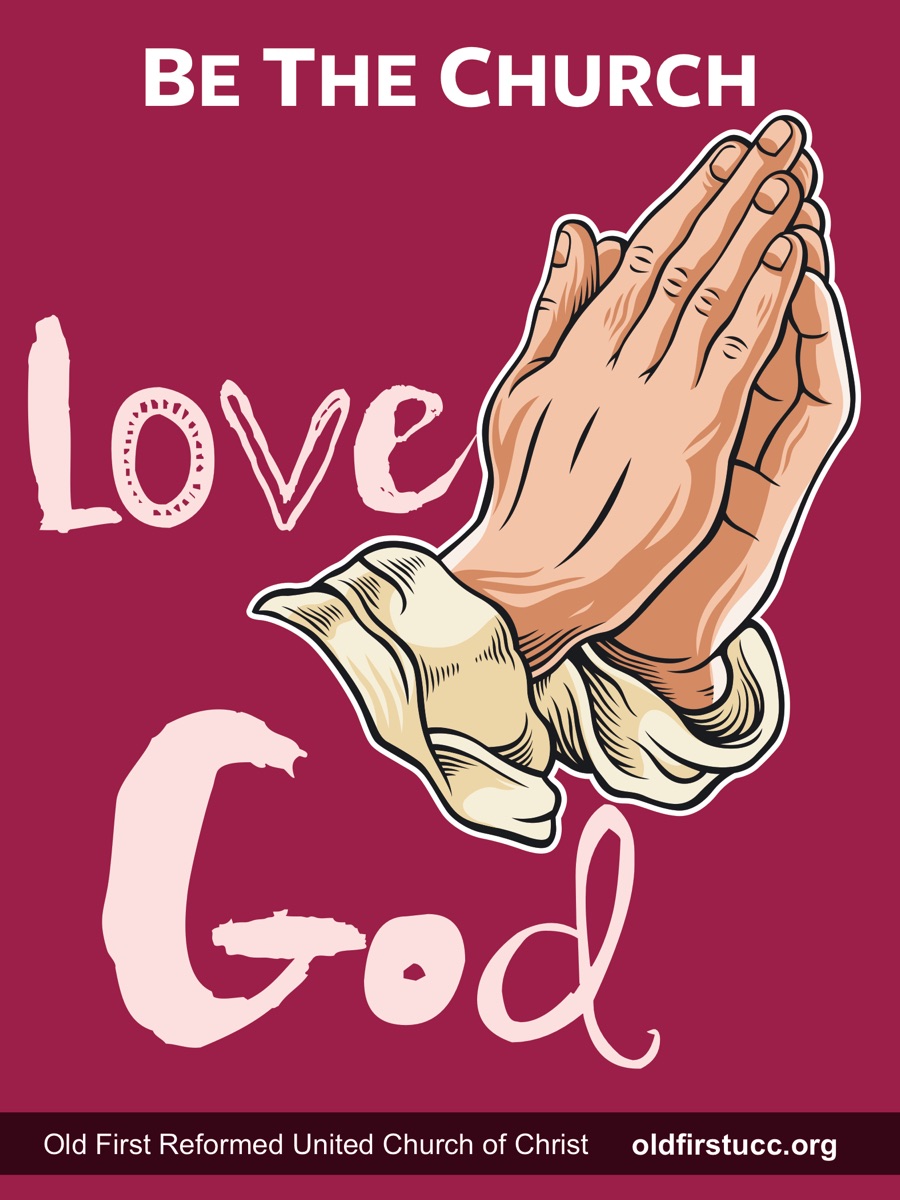 “Here I am Lord

I have heard You calling in the night

I will go Lord

If You lead me

I will hold Your people in my heart.”

That is, not surprisingly, the refrain of the hymn “Here I am, Lord.” Four verses in the first-person about God and God’s redemptive will for us — all that God does to reach us and save us. Each verse ends with God asking “Whom shall I send?” to which the refrain has the singer answer essentially “Send me.” It’s a very popular hymn at ordinations because it echoes the call story of Isaiah, captured in the beginning of his prophecy.

We might be singing a lot of “Here I am, Lord” in the next few months. It looks like we will be having a lot of ordinations in the near future.

Old First has four MIDs — Members In Discernment — people preparing for ministry. All four have completed M.Div. degrees at seminary. And now, at pretty much the same time, they have also finished all the other requirements of their Association’s Committee on Ministry. And now three of the four are “approved for ordination pending a call.” One still has an ecclesiastical council to pass, but she’s almost done too.

That means as soon as these candidates get a position that meets the Committee on Ministry’s standards for an “ordainable call,” then, as it says in the service itself, “By the grace of God, they are worthy! Let us ordain them. Come, Holy Spirit!”

Margaret E. has accepted a position with Chestnut Hill United Church and is planning her ordination service there in September. As well as serving at Chestnut Hill United, Margaret will be continuing her ministry with an organization that offers spiritual support to people in movements for social change.

Katrina F. is close to accepting a call in a local congregation, and then she will be scheduling her ordination. She has been an Assistant for Youth at the Union Congregational in Montclair for the last year.

Haeman H.-S. was approved for ordination on Thursday night! And he’s also in conversation with a congregation, a Korean UCC church, that might call him to serve as an Associate Pastor. He is finishing his work on his Ph.D. at Chicago Theological Seminary. Also, Haeman told the Committee on Ministry the other night that his ultimate academic goal is writing progressive theology so it is accessible to a broad lay audience.

Amy D. is a MID back in the Massachusetts Conference / UCC in her home church, Tabernacle UCC in Salem, MA. Recently, a bunch of Old Firsters gathered with Amy to provide her a couple of mock ordination exams in preparation for the real thing. And then she went off to Massachusetts and aced her ordination exam. She still has an ecclesiastical council before her, but she’s good! The work she is already doing as a hospice chaplain would be an ordainable call, but Amy has also spoken about wanting to be a local church pastor.

As well as these four, as we think about Old Firsters who have been talking about ministry, there’s John O. who was Program Assistant and John B. who was our Outreach Coordination and Ian McC. who though in Med. School, also thinks about ministry. (Ian still serves as a volunteer chaplain at HUP some overnights.)

As we think about all these young people discerning and preparing for ministry, it’s my prayer that ministry will be as much of a blessing in their lives as it has been in my own. It’s a trip, really, being an ordained minister… pastoring. A lot of work, but some rare opportunities. I mean, how many jobs can you get paid for protesting and being arrested! Ok, that’s just a little part of the portfolio! But the opportunity to be a part of and to touch so many people’s lives is very sacred. I often worry that it has added more experience and blessing to my life than I could ever offer to others.

And that’s what I really want to say. Here we have at least four young people who are ready to make promises to God that they are going to live their lives — give their lives —  in ministry. They will each find their own way, with God’s help. I cannot wait to see what happens with their service.

But if we begin to think about not only how God will touch their lives, but also about how many lives they will touch — how many lives God will touch through the ministries of Amy, Haeman, Katrina and Margaret — it’s sort of awe-inspiring. It makes me get still before all the blessings to come. The sacredness and the holiness of what is to be accomplished sort of leaves one speechless.

And always remember, because we are UCC, that ministry is not the sole purview of the ordained. Ours is a tradition that insists that ministry is the calling of every baptized person. Think of all the blessing that goes on in God’s name, spoken or unspoken, as our Old First people are out in the world going about their lives.

May I ask you to pray for our four as they finish up their preparations and seek their first calls… and in time, kneel for the laying on of hands after they have made their vows. What a blessing they will be to the church, to so many people and to God’s world.

And remember, praying can be part of your ministry in Christ’s name.