How We’re Thinking about (Improving) Our In-Person Worship 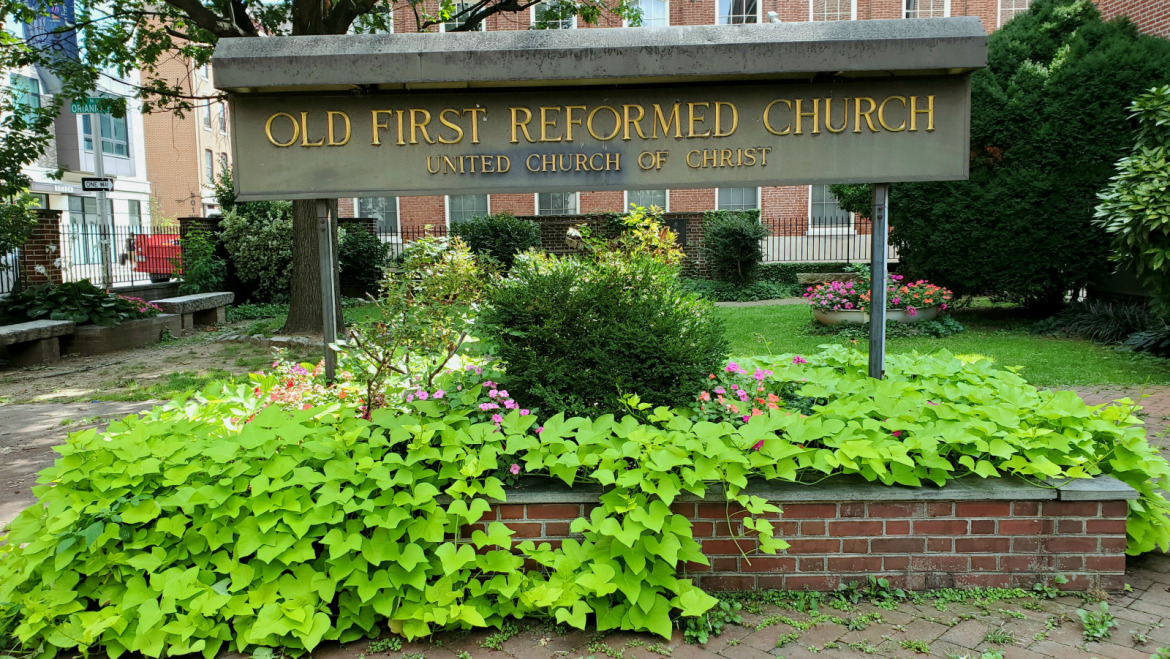 This Sunday is traditionally the last Sunday of Summer. And in a normal year, we’d go back to worship at 11 the following Sunday and get Sunday School and other programming started soon thereafter.

But it’s not a normal year. I liked this summary from Luke Winkie’s article “I Was Euphoric in June. Look Where We Are Now” in today’s NY Times: “I think we’re all becoming accustomed to the truth that escaping from a pandemic was never going to be so simple. The restoration is going to happen in fits and starts, with a permeating sense of unease. When will I stop waiting for the other shoe to drop? Ideally someday in the far-off future when our lives have fully returned to normal, without anyone realizing it.” I suspect his last line might prophecy a new normal as much as a return to what we knew before…

But even facing continued upcoming uncertainty, we’re making some changes to our In-Person Worship.

First, we’re going to discontinue the sign-up procedure. We have not been near capacity. And a colleague of mine reports that when they stopped sign-ups, more people came. She thinks it’s just about not needing to do one more thing, or not dissuading yourself from coming because you didn’t sign-up. Tony will continue to keep a careful attendance record, however, as we need it in case we might need to do contract tracing.

Second, outdoor, in-person worship will no longer be called earlier than 7 am on Sunday morning. I know that’s an inconvenient late decision for folks who have to leave early and for folks who are singing and need to be at church  by 8:15 am to rehearse. But it just turns out that weather forecasts the day before aren’t very accurate. I’ve been paying attention! When we call off the service on Saturday for fear of rain, in almost every occasion we have turned out to have a fine Sunday morning when we could have hosted worship outside.

As is the case already, in mornings when there could be some question, I will write an e-mail — either way, “yes we are having service” or “no, it has been cancelled” — as soon after 7 am as possible. And we have been calling people we fear might not get the word. And we will also place a message on the church’s phone machine.

I have also heard from those who really believe that consistency is important. They’d like to be able to move the service indoors — in the Social Hall, since the sanctuary isn’t ready yet — when the weather doesn’t permit us to be outside. I believe we will be talking about this at the Elders on Sept. 13 anyway, since we need to make plans for cooler Sundays as we move into the fall. Look for more information.

Thirdly, you can lobby me if you must, but I’m really just going to look outside on Sunday morning and check the forecasts. I have been teasing Tony that people who may not want to have the outdoor service OR people who are just anxious somehow find weather apps that report much higher percentages of rain! Don’t worry folks, part of my procedure is to look at multiple weather forecasts, and now I know the ones that go low or go high on the chances of rain. It’s a bit dramatic (deliberately!), but I told someone the other day, “the decision is between me and God.”

Fourth, as we think about the fall coming on, we might make other changes. For example, the in-person service has been at 9 am because we needed the shade the building to our east offered. The shade lasts longer now. We might, for example, move in-person worship to the 11 am hour (and welcome the folks for whom 9 am was too early). Then we’ll have to figure out when’s best to do the online service… If we have proved nothing else in the last 17 months, it’s that we are much more flexible than we ever expected.

Fifth, we have begun to figure out how to have an early education Sunday School class this fall, presumably during in-person worship (whenever that might be). Michael has been thinking that such an event could kick-off with the long-awaited Easter Ice Cream Sundaes for the kids, parents and the pen pals. But of course, the idea of gathering for something fellowship-like with eating is another topic that we need to deal with at the Elders’ Meeting on Sept. 13.

Look forward to more news on additions, changes and events as we figure out how to get going again in another weird year — now with two variables to be navigated: pandemic precautions and getting the sanctuary finished. But “weird” in an “urban dictionary etymology” (that means it’s an anecdotal more than scholarly etymology!) comes from the German word “werden,” to become. Weird things are what happens as you are becoming something new. And that sounds almost biblical! We’ll stick together and find our way through because we believe God is with us.