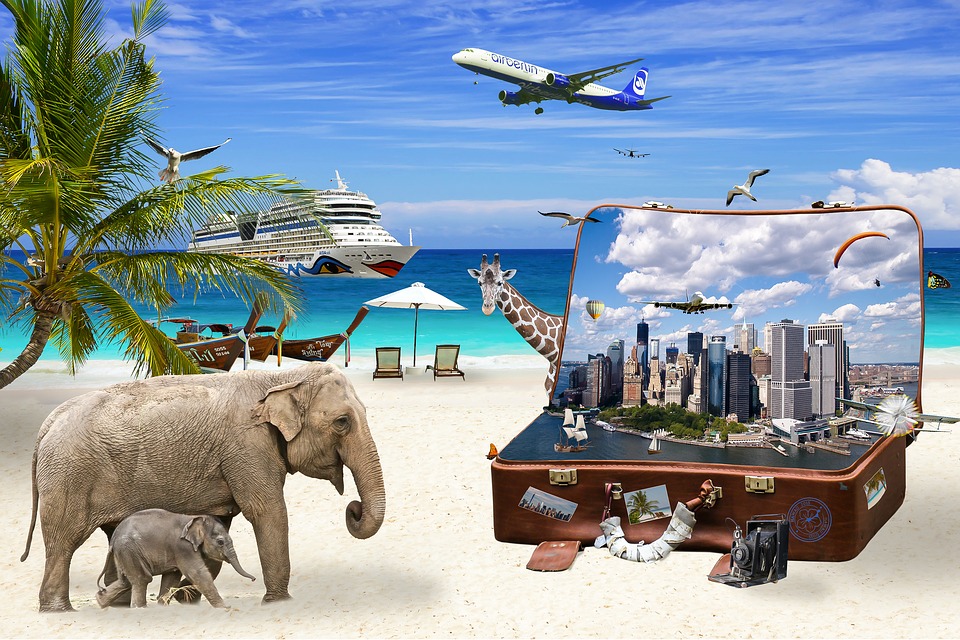 I was going on a cruise the same week as my friend and UCC colleague Glennyce Grindstaff, who also happens to be Carl Kleis’ niece. She and her husband Michael were flying to Fort Lauderdale on the same day as I, and our cruises left the same day.  Her boat cruised in the Western Caribbean all the way to Mexico while the ship I went on sailed east to the Leeward Islands. Comparing notes afterward, she exclaimed, “You have to sort of give yourself over to the cheese if it all.” A perfect one-sentence summary of the getaway that is contemporary winter Caribbean cruise vacations.

I also learned that cruising in the Caribbean  is not shy about marketing. Every island port of call is essentially a greater or lesser organized mall, and the less brave of heart or less mobile get off the ship to do little more than visit the shops at the port. If they don’t wish to disembark, they can shop at the stores on board!

Likewise the organized excursions usually include a strong consumer component. And the other options on board — from the daily jewelry or watch specials to the entertainment to the spa — include product you can purchase. Imagine the T.V. Home Shopping Network brought to you on a boat.

So it didn’t surprise me when I watched while at the gym the first morning, the seminar on stretching, balance and posture quickly became a lead-up for selling custom orthotic insole inserts that promised to correct EVERYTHING!

And I cannot feign an ambush when the next day the Health and Weight Loss Seminar I signed up for quickly became a sales pitch!

The presentation began interestingly enough about how the food we eat and the environments we inhabit and the medications we take daily leave our bodies prone to a level of toxins that they did not face a hundred years ago. And a toxin load they are not well-prepared to lumber under!

The presentation next focused on how these toxins are particularly hard on our livers, something I know as a patient who is supposed to have regular blood tests to make sure my cholesterol meds aren’t having negative side effects with my liver. There was one bright ray of hope offered: if we could rid our lives of the toxins, we were told, one’s liver can completely regenerate in 6 months. (I was left feeling sort of like I have an immortal alien organ in my body, but whatever….)

Then the presentation swerved into the more unexpected territory of our bodies natural pH levels and how the toxins we ingest and are exposed to and the medicines we take leave us measurably less alkaline and more acidic than we should be for optimal health. It was said that our bodies’ pH should be between 7.3 and 7.5, but most of us are existing below 7.0. I’m not a scientist or a doctor, but the claims that perfect pH could immunize us from common medical conditions and ailments  like high blood pressure, diabetes, arthritis and cancer —  and free us from all the pharmaceuticals our pill-peddling doctors prescribe — was beginning to make me a skeptic.

Next we got to some internal medicine specifics about how the cilia in are intestinal tract are now covered with a mucous the body produces to protect us from the poisons. And on the cellular level, something I’m not sure I understood, about how cells form a ring of water around themselves wherein they can trap toxins so those toxins don’t actually infiltrate the cell itself. I think this was some explanation of water weight we carry that we might be able to rid ourselves of by adjusting our bodies pH levels!

So an hour and a half presentation, admittedly with some showmanship, on a day at sea when I was trying not to get too much sun– it was an interesting, if not all believable presentation. It made me think and made me more aware of the dangers of many human interventions. There was probably some science in there. And some malarkey. But sheez, as a whole, I am sure the health and weight loss presentation was safer than the folks denying climate change!

What was surprising to me, however, was that I was eager for the test offered at the end, some test that cost $85 and was purported to be much better than the body fat index tests they do regularly at the gym. Maybe they were testing the amount of water around my cells that was holding toxins. I never quite understood. And I didn’t trust much that there was science backing this up! And I could already see, for reasons totally unknown to me, I was about to buy this whole package — a regimen really — for more trouble and cost than I am willing to admit. Why was I doing this? I don’t know. I was in my right mind. I didn’t really believe what I was hearing. And still I was ready to commit appreciable time and money to try this?

I have continued to think a lot about this why? I’m not usually either such a “fad-sucker” or “salesman’s mark”! But the presenter, a former Mr. Slovenia, certainly looked healthy in a Superman sort of way, though my hermeneutic of suspicion suggests steroids have a better chance of being his source than the product he was offering me!

And I have in the last year and a half lost between 20 and 30 pounds, mostly through greater dietary discipline and more cardio exercise. And I feel better. I am open to how I might continue or expand on the trend. Ok, I’d really like to lose 10 more pounds!

But I don’t really buy much of what he was saying, and yet I was willing to spend more than my annual health plan deductible to buy his product? The human heart and mind are sometimes truly a mystery.

I have let myself off the hook, forgiven myself, for my momentary madness, or lack of consumer control or superstition, by deciding that if this was my midlife crisis — it may have been a waste of money, but still way cheaper than a jazzy little red Mini Cooper!

So keep your eyes on me. After the shipment arrives, I’m going to start a 3-week detox. Then I begin a 6 months regimen of exfoliating with a special cactus-bristle brush, taking a special algae bath twice a week (though I don’t even have a bathtub, so if you wish to invite me over for a bath…), and using some pH lotion on my skin. And the whole time, I am to dedicate myself to remaking my eating habits following The Zone Diet.

Who knows? My liver might end up as new as a baby’s. I might become less acidic! And thinner.  Never again either tired or sore.  Perhaps, I’ll be able to throw the cholesterol and blood pressure medicine away. I could end up looking like a 30-year old body builder. And all my questions and conundrums and struggles could disappear!!! Maybe I will live for ever…

For you worriers, don’t fret: Greta has promised to look at the product before I start this craziness, so she can make sure it’s nothing harmful or dangerous! And yes, I can see that the hopes used to market this program sound sort of like the hopes of immortality that get us humans in sinful trouble whenever we indulge them. Anyway, I figure, I can always do better by focusing more on self-care; spending some time and effort on myself, in my case, hopefully a little self-indulgence won’t be too bad a thing.

Here’s the hook, if I’m going to try something I really don’t believe in FOR SIX MONTHS, may I challenge you to try and PRACTICE LENT for six weeks?

I know we all have doubts, but even faith as scant as a mustard seed is more than I have about this detox and soaking program I’m undertaking. Try a Lenten discipline, give something up, take something on. I’m not sure it even matters what exactly you choose to do. As long as it’s building on the littlest inarticulate faith you can find and is something you do for yourself and God….