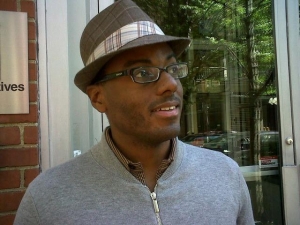 Let me start by saying that I love old buildings. The first home I every purchased was a 750 square foot trinity on a tiny cartway called Quince Street near 12th and Spruce. It was built in 1789, still had the original outhouse in the back, and it was a complete mess. I made every conceivable first-time home buyer mistake you can possibly make. (…When you take down the seller’s curtains, and you can see daylight around all four sides of the windows, you’ve got a problem.) But I loved that old house.

And over 5 years, I largely rebuilt it myself. And as I was doing all of that, I was struck by the fact that, just as the structural engineer that I brought in to take a look at this nasty crack in the brick (after I bought the house) said: “If you keep the bugs out, water out, and fire out, these houses will last for hundreds of years.”

But I figured that by whatever quirk of fate led us to that creaky old house, it was about 210 years old, and if I had anything to do with it, it would continue to stand for another 210 years. I took a lot of pride in making renovations and upgrades that “would last a hundred years”. This drove my ex-wife nuts.

And in those teeny little rooms you could feel and breathe the life that happened there over the centuries. We kept finding the mementos. The little toy airplane made out of tin that fell between the floor boards. The beer bottle under 2 feet of dirt and ash in the basement. A wadded up newspaper with an article about Teddy Roosevelt stumping in New York running for governor.

Since coming to Old First, I have served on the Admin SLG, and now on the Elders. I’ve prepared meals in the shelter and tried to help where I could. And now as part of the Capital Campaign, I’d like help in some modest way to ensure that this building and this congregation are strengthened and ready for their next four centuries…

As much as I’d like to think that old house on Quince found ME at the right time in ITS history — to replace its roof, fix its furnace, rebuild its bathroom and so on — given where I was in my life at that time, in laboring in and trying to care for that house, I got the better end of the deal by far.

If Old First could stand before you and share its story in terms of Larry Waddell, what would it say?

It would say, I found this relatively young man kinda beaten up and a little worse for wear. I found a lot of hope and love in him, but he had a lot of deferred need. This one needs a lot of trips to Home Depot.

Church, I’m putting my hand in, because I think I’m getting more out of this church than I could ever contribute.

I have so much to be thankful for. Since coming to Old First I’ve gotten a new job, I’ve remarried. I’ve moved. My wife and I have suffered a good bit of loss as many of you have, I’m sure. And financially in many ways are “just getting started”. For my wife in starting her career, and for me essentially starting all over again.

But I’m putting my hand in to try to give back to this congregation and these old timbers, in some modest way, a little of what they have given to me. That they will here for those who come after me, probably not that different from me, for the next four centuries.