Life of a Broken Silence 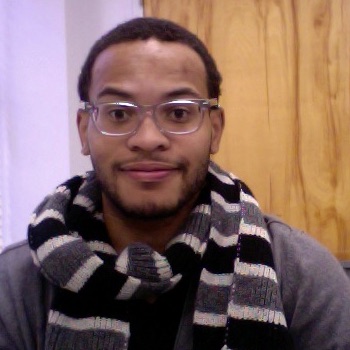 What happened in Charlottesville, VA, was an utter nightmare and a reminder of the painful memories of the Civil Rights Movement. The commentary and media outlets covering this event have uncovered once more the seeded racism that’s rooted so deep with our country. The response from #POTUS has darkened any possibility of healing as Trump said, “You had a group on one side that was bad. You had a group on the other side that was also very violent”. As we watched or listened to his remarks from whatever platform or news outlet, his statement(s) damaged his legitimacy to connect with the American people and made no solace to the recurring systemic problems and racial tension growing within our rural and metropolitan cities with the United States. If our elected president, Trump, is unable to deliver Justice to cause of social and racial equality, then we as a church, as Christians, and as Humans have a responsibility to demand, seek, and bring about the changes to secure the Kingdom of Heaven on this earth. We are called to act with Love; Ephesians 4:2 says, “…be completely humble and gentle; be patient, bearing with one another in love”.

However, we are in a debacle in which love and acceptance is challenged between those who would rather live in a dominant white society without diversity nor rich cultural histories, and the others who value diverse people of color, religion and language, and who build upon the American dream with their own culture and traditions. Challenges are good; challenges create opportunity to weigh the pros and cons of each angle of discussion and logically piece together an agreement to persuade an audience. Yet, the challenge before is much more complex than Climate Control or purchasing a new sound system. Our challenge has been masked and uncovered time and time again from Civil War to the Civil Rights Movements, to the 14th & 15th Amendments, to recent marches of Black Americans and police officers murdered, to finally Charlottesville. The awkwardness of the situation is that “cheap grace,” a term coined by the departed theologian Dietrich Bonhoeffer, has spread throughout the country and God’s good people have forgotten the Word. First John 3:4,6-10 says,

“Everyone who makes a practice of sinning also practices lawlessness; sin is
lawlessness…No one who abides in him keeps on sinning; no one who keeps on sinning
has either seen him or known him. Whoever makes a practice of
sinning is of the devil…The reason the Son of God appeared was to destroy the works of
the devil…whoever does not practice righteousness is not of God, nor
is the one who does not love his brother”.

How is “cheap grace” so woven in so many hearts? Did God not give Christ to us to end sin? Is sin not a separation from Christ’s love? Is allowing hate towards our brother or sister [Black, Jew, Latino, Handicapped, Trans] not a sin? We cannot allow our church to become sympathetic to unbroken silence of this cheap grace. Like Bonhoeffer, Luther, and Dr. King, Jr, we must publicly confess to all people, religious or not, white or black, that we do not accept the happenings within our society and must act on truths set forth from the revelations and testimonies of the Faithful. We are pressed as ordinary people to find some type of comfort in this despairing time, but I honestly don’t believe the comfort will come for years. Instead, we act! Bonhoeffer went rogue within the German Catholic Church against the Nazi party. Dr. King, Jr. marched through the madness of Jim Crow despite the death threats. Heather Heyer marched in Charlottesville and was killed. What will you do? What will you do to break the silence of cheap grace? When I marched with my boyfriend on Wednesday for #PhillyIsCharlottesville, I imagined KKK members garbed in white robes chanting, “You will not replace us”. This imagined scene should frighten anyone. I, having lived in the ole South for 20 something years, have never been so fearful until now. But I guess because of my intense Roman Catholic upbringing, dying as a martyr for the Faith has never been a problem for me. Like the martyrs of the early church and even today, fear wasn’t an option when the truth needed to be exposed to those in darkness.

For now, there is no comfort for biracial families, students, millennials, lgbtq, people of color in Charlottesville. But there options! You could be passive and pray. You could be active and organize non-violent marches like our forebearers, such as Bayard Rustin or Gloria Richardson. Or you could oppose the “powers that be” through religious action and moral persuasion. You know you must act; James 4:17“Therefore, to him who knows to do good and does not do it, to him it is sin.” If we stand silent, we are the downfall of our faith. One’s refusal to participate is a reflection of the faith they hold in their heart and lips as cheap grace. Again, act! If you want to march, join me or join others. If you want to educate, then teach at your school positive values or volunteer at an Out Of School Time site. If you want to confess and have a dialogue by all means create the space and do it. If you feel your pastor isn’t pushing boundaries enough…trust me he is. And a final word from Bonhoeffer, “It is not the religious act that makes the Christian, but participation in the sufferings of God in the secular life.”

Peace & Safety Be With You,
John Owens