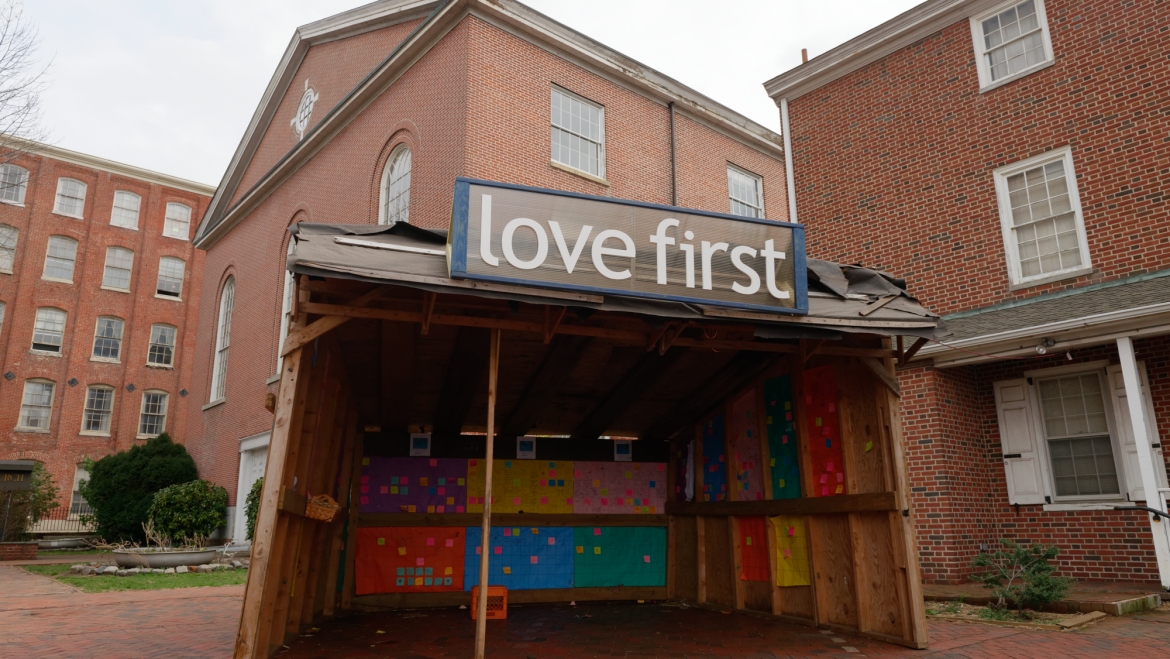 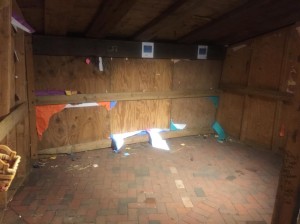 Well, as Christians, we have to expect that even a positive message like “Love First” can draw some strong, negative reactions. At least, that’s a take away from the reaction Jesus got. And in these days of such a divided nation / society / culture, well, the reactions often seem to be out-sized and unnecessarily destructive.

Thursday morning, we were greeted at church with the destruction of our “Love First” public art project. Someone overnight tore up and tore off all the colored panels. 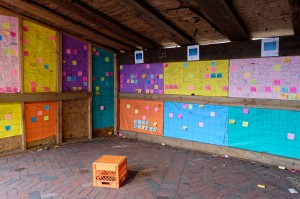 At least, we were at the end of the project, as we were ready to take off the panels and disassemble the stable until next Advent. And we were able to rescue some of the torn colored panels. Which is some solace. We’re hoping to choose some of the best expressions shared of “Love First,” and with Leah B.’s help, fashion them into a heart-shaped, rainbow-colored wind chime that we will display somewhere in the front courtyard. 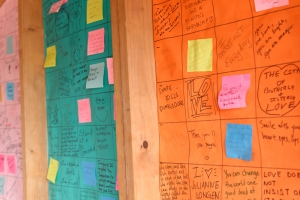 Church, “Love First” isn’t a message without its vulnerability. Like love itself, it is fragile. But, again, like love itself, it’s too strong to let get put down or to let go of. It’s also a message that’s hard to keep down. Stay tuned for more news on the evolution of our public art project.

In an interesting footnote, Michael, offering ashes yesterday at the “Welcoming Senator Toomey to Old City Office Party” had his picture taken by a photographer, Neil Kohl. As Michael and Neil talked, and Michael identified Old First, Neil smiled and said, “I was just there before coming over here.” His photographs of “Love First” — three of which are featured here — are the last images we have of the art project before it was destroyed. 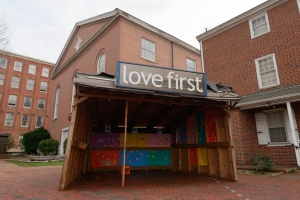