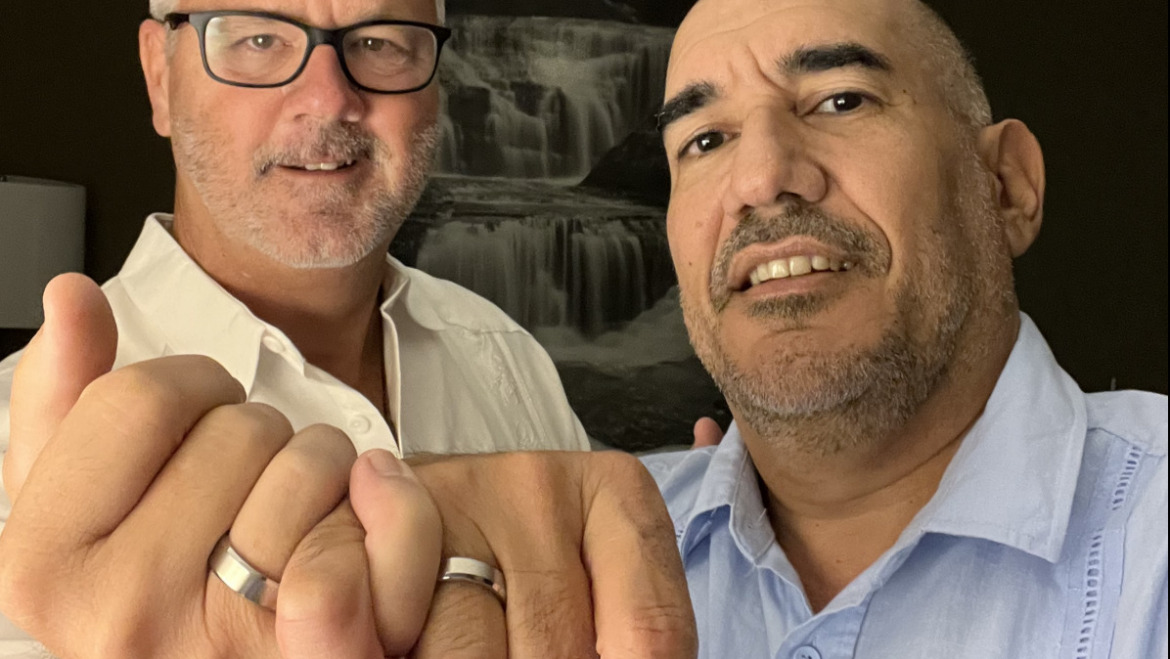 Yes, word is out, and I assume most of you know by now, but just in case: I got married last Friday night to Leo Piña Roca. We eloped. (More details below.)

If the pandemic was hard on many relationships, we are the opposite: we met weeks before the lockdowns started, and well, I guess one can say, despite the adverse conditions and intensity of so much exclusive time together, we made it! The pandemic ended some relationships, but it turned out like an incubator for us?

I wasn’t going to announce it to the church until here and now in the E-pistle and make last Sunday easier for Bob who was covering for me in worship. But in our internet age, one doesn’t have much control over how news spreads.

We told family on Saturday morning, and quicker than we expected, someone else heard and posted a message on Leo’s page that tagged me. We got permission from that person, and deleted the post, but realized that trying to keep it under wraps was futile. So I posted the announcement on Facebook, and let it go…

Since I have been back, one of you responded, “You shouldn’t have surprised us.” Another person said, “You eloped so that we wouldn’t all be at your wedding.” Another person sent a message, “Wait, you got married, and I didn’t get to play the tuba” (ok, that last person’s identity might not be completely concealed!)

The more common responses have been “Congratulations” and “Many years of happiness.” But a few have remarked that we are hopeful to be getting married at our august ages! (Ouch, are we really that old?)  Ellie, in this week’s prayer group, raised a prayer for us to have a “long and loving, companionable life together.”

And some of you have met Leo and others have not. Some of that is a result of the pandemic. But more so, it’s about him being Roman Catholic and not so much of a church-goer (there’s a long story behind that as he lived in Cuba from age 8 to 38.)

I want you all to meet him, so we have asked if we can do a special fellowship hour outdoors on Sunday, September 11 after worship. (The Community Life SLG is proposing to the Elders that we begin Fellowship Hour outdoors again in September.) We’ll get a sheet cake and sparkling cider. We might even do that “feed each other the first piece of cake” wedding tradition. Even ask some church leader amongst us to make a toast or some such. And if you can “clink” your plastic glasses we will kiss.

But, because people are curious… (Ozella showed up today, she explained, just to be nosey! LOL) Yes, we have been planning on marrying. It actually would have happened earlier, but has been somewhat delayed because we needed to get paperwork for Leo from Spain and then get that translated. So, yes, it was planned (not some shotgun wedding!) And we got the wedding license in Ithaca on Wednesday. Yes, we are legally married!

I was the one who wasn’t interested in a big, hullabaloo wedding. My daughter-in-law could not believe that we were not going to do something that everyone could come to. (It turns out she and Simon have gone together to all 3 of the other parents’ weddings!?!?) We are going to host a wedding picnic in October, and the immediate family seems satisfied and happy for us.

As someone who officiates at weddings fairly often, the idea of my own felt a bit like a busman’s holiday! Neither Leo nor I have mothers who are alive anymore, but every wedding ceremony has a mother-in-law or some great uncle who is an expert in every wedding tradition and is over-interested in how the service has to go.

We’ve both been married before, and just the two of us and the clergyman who married us, and the boat captain and crew as witnesses was just right – under the shooting stars and the Sturgeon Moon. The heavens were even aligned.

We were going to Ithaca, really just to get away for a bit. You might know that I am buying wooded property high on a hill nearby (in Caroline, NY) that I hope to eventually build a retirement house on (though I have many years before I can retire!) I wanted to show Leo Ithaca and why I like it. And we both needed to get away from our daily routines.

But once we were going, what prettier spot than the Finger Lakes for an elopement. (Is that a word?) A UCC colleague of mine, the Rev. JK Boodley, had already offered to marry us, even to do so on his sailboat. And we had all the documents we needed. And, well, a whole bunch of other factors worked out. Friday, August 12 seemed like an auspicious date. It even turned out to be at the height of the Perseid Meteor Shower. So one might say “the stars fell into place.”

So, we got married on the boat, the MV Teal, on Cayuga Lake on the 11 pm Perseid Meteor Shower Cruise. With the permission of the captain, we were allowed to go to the back of the upper deck (usually reserved for piloting the boat). Just us two and the minister. We said vows and exchanged rings in the moonlight. The crew were our witnesses.

Then we went downstairs and offered champagne to the 40 passengers (strangers) who were on the cruise with us. They were excited to share in the joy but wanted to know when and where we were married. They were surprised that it was minutes before and on the deck overhead.

The Chinese tourists gave us a piece of poundcake that we fed one another. We were wished well in multiple languages. Some lady with green hair took our picture that appeared later in some local paper. An older woman with a walker assured us she was too old to care about what others did, but she wondered, “Is this a real wedding; like… does he get your pension?” All this before she asked for her second and third glasses of champagne.

I’ll let Leo tell his own story. But so he doesn’t get mobbed, I can do an outline. He was born in Chicago of an American father and a Cuban mother. Both sets of grandparents were anti-fascist refugees from Spain. His parents were doctors who worked for the PanAmerican Health Organization. So he left Chicago before he remembers (or learned English). His parents’ careers took him to live in Mexico City and Havana, though in Cuba he lived with his grandparents in Santiago de Cuba. There he received his education and eventually like his parents became a doctor, in his case a pediatrician. He practiced in Cuba until he was 38. By then his grandparents had passed away and his parents, who had retired back to the U.S., had also died. Leo decided to emigrate to Spain where he was also a pediatrician until he arrived in Philly in 2018, where he has a half-brother, one of his few surviving relatives. There’s a lot more to his story, but his to tell.

We will be happy to celebrate with you on September 11 after worship. And thanks for all the prayers and well-wishes. 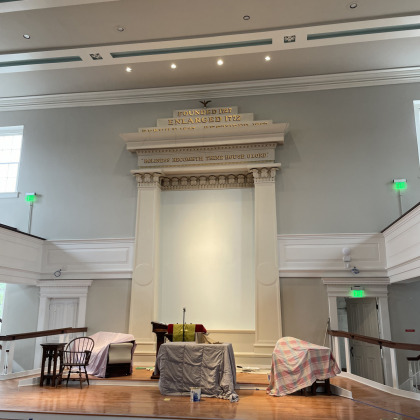 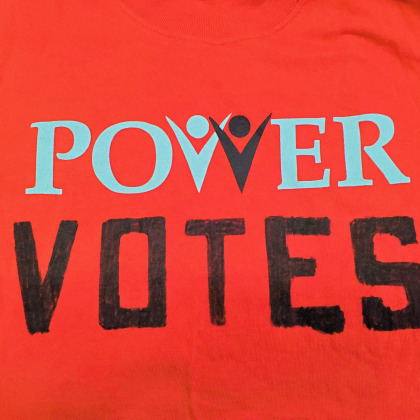