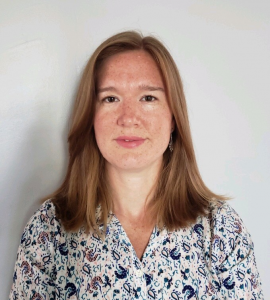 Alicia P’s best church experience (until now, we hope!) was in the Reformed Church in France, and it was that experience that led her to visit Old First after glimpsing from a passing car the “Reformed” on our sign. The community she has found here reminds her of Europe, too:  open, welcoming, a community being community and not imposing expectations on individuals. Raised in central Pennsylvania and as a Methodist, Alicia cherishes her Pennsylvania Dutch identity.

She is “in love with education in all forms” and in her extensive and varied career in education has taught adult basic education, English in France, and, most recently, French as a professor at Drexel University. She is currently exploring directions in which her interest and expertise in linguistics might take her in the future. Alicia has lived in New Mexico and France and is active in the French community in Philadelphia, including playing pétanque, a French sport similar to bocce.

At Old First she anticipates sharing her interest in talking about religion, her love of gardening, and her skills in education, for the latter perhaps helping provide basic education to the guests in our shelter.

Corlis G.’s vibrant UCC high school youth group in Providence, RI, brought her to Old First for a service camp years ago. So when after college and graduate school she and husband Dave moved to Philadelphia, it was natural for her to check out Old First again. She liked what she saw and in the time she’s been attending she has been actively meeting people and getting involved. 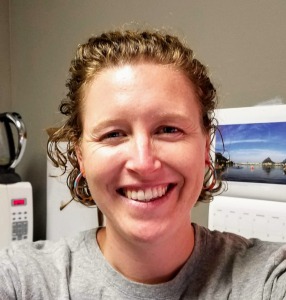 She helped with the Christmas pageant and is interested in engaging with youth activities and with the volunteers and service camps. That’s how she got to Old First. For her the church is a pathway to service, and she wants to help others on that journey. When she’s not at the church or working as a rowing coach at a local university, Corlis enjoys spending time with Dave, their cat Ben, and friends, and she loves the outdoors.

Bob G and Paula G were introduced to Old First by their friends — and neighbors in the Art Museum area — Jan and Steve. Bob and Paula have long been active church folks, in Presbyterian congregations before coming to Old First. They like Old First’s commitment to and advocacy for social justice, reflected in its hands-on approach to meeting human needs, and the personal aspect of the faith community here. 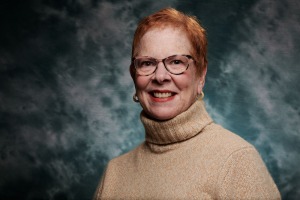 Paula sees mainline churches accepting the wrongs of contemporary society, not speaking out against “the powers of evil,” and appreciates Old First’s engagement in “the struggle for justice and peace.” Supporting our involvement in POWER (the interfaith organizing effort of over 80 congregations in southeast Pennsylvania) and helping write grant requests are among the activities that appeal to her.

Bob is committed to the missional dimension of faith and to understanding the relationship of social action to the experience of the sacred in worship. He has been particularly active in repairing and, with Habitat for Humanity, building housing. Supporting Old First’s involvement with WISE (the UCC program to help congregations become Welcoming, Inclusive, Supportive, and Engaged with people and issues involving mental health) interests him now.

Jan R. and Steve R. were active Methodists when they lived in Alabama. They found Old First several years ago when their daughter — at whose wedding Pastor Michael later officiated — came to the area to attend college. They appreciate the congregation’s outreach mission and are involved in the Saturday morning breakfast and cupboard. After settling in the Art Museum area, they invited neighbors in their building, Bob G. and Paula G., to Old First. The happy outcome of that invitation is that the four of them joined the church together in December. 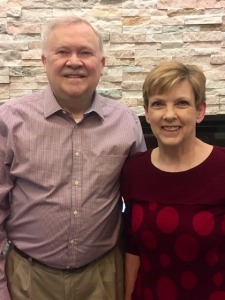 Jan believes that Old First’s commitment to outreach — exemplified in the winter shelter for homeless men — is the kind of service in which all churches should be engaged. One of her first experiences here was attending a Lenten gathering and she looks forward to supporting this year’s meetings.

Steve believes that the warm, friendly welcome he experienced here is the kind of hospitality all churches should offer. He enjoys the fact that he quickly had his own Old First name tag.

Max S. believes that “nothing is more important than a healthy community” and has found in Old First a community of faith to support him in his studies at Lancaster Theological Seminary and his work as a gerontologist engaged in advocacy for managed care for aging adults. Believing that because Old First values individual conviction and initiative, “it is what you make of it,” Max hopes to use his gifts in the ways they are most useful to the church (which has led, to date, to the Admin SLG). 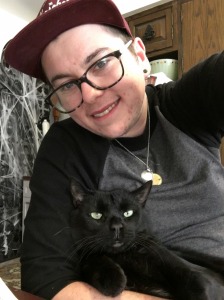 Max lives with spouse Fontaine in South Philadelphia and enjoys learning, making and listening to music (including singing in the Old First choir), and cooking for others. A stated liking for animals and a self-description as “a seminarian aspiring to be an instrument of peace” leads to the inevitable question about St. Francis of Assisi as a role model and Max agrees that Francis is an inspiration for him and a good example for all of us.