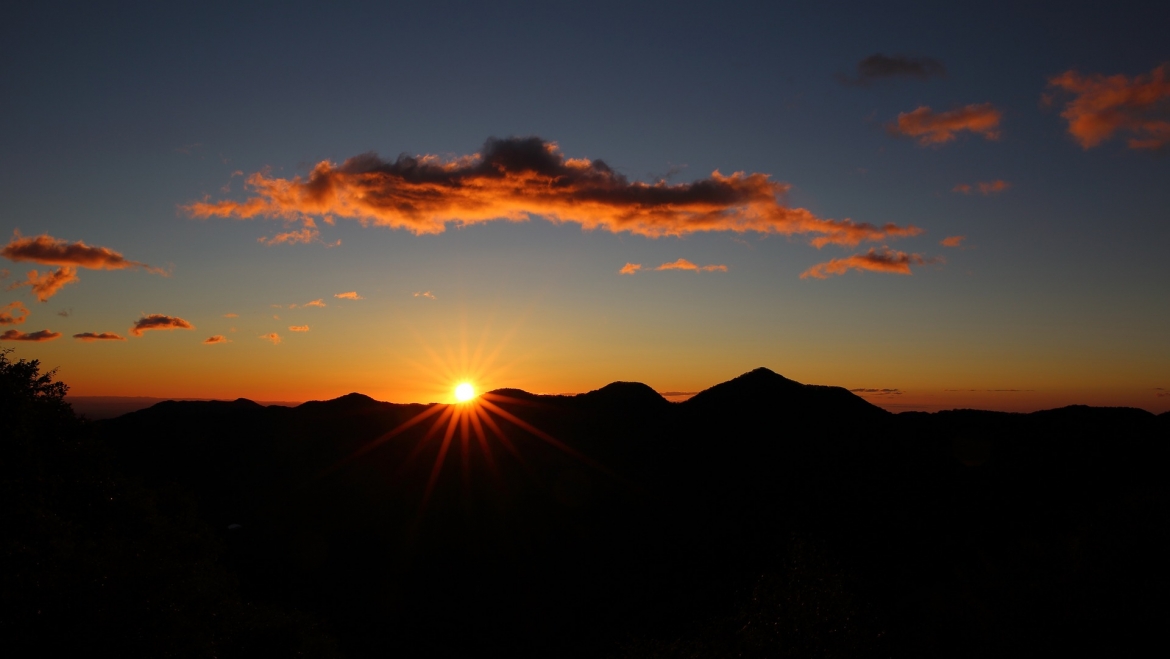 1 God of our life, through all the circling years,

we trust in you;

in all the past, through all our hopes and fears,

your hand we view.

With each new day, when morning lifts the veil,

we own your mercies, Lord, which never fail.

2 God of the past, our times are in your hand;

Lead us by faith, to hope’s true Promised Land;

be now our guide.

With you to bless, the darkness shines as light,

when we are strong, Lord, leave us not alone;

Be now for us in life our daily bread,

our heart’s true home when all our years have sped.

When we were updating the prayers for this week’s bulletin, Kristyn said, “It really makes you aware there’s always someone dying and someone being born.” I responded, “Church is good at that, in part because we ritualize those transitions to make more of the lives that are going through them.” But it’s also about the kind of community we are, and how we appreciate life.

Any community actually provides a bigger numerical sample so that one more easily sees both ends of life. But “community” these days can often be more in our heads than our day to day realities. Think for a minute how long it’s been since you’ve seen family or friends that you consider close.

So a community whose definition includes regular community-wide gatherings (at least once a week!) well, that is unusual. Next to immediate family and work colleagues / fellow students… church is probably one of the few non-family, non-work communities that most of us check in to regularly. And when you are seeing a wide range of people in a bigger community face to face regularly, it does become harder to miss life’s changes, additions and subtractions.

After last week’s E-pistle, in which I talked about former pastors giving their successors a wide berth to do what they think is right after the former pastor has moved on, one of you who always worries I might be leaving, asked, “You’re not getting us ready, are you?” I laughed and said that wasn’t my intent. I was pressing the point that none of us has to accomplish everything because there’s always someone coming after us.

Actually, I don’t know that I have said it, but from my side I decided when we got serious about this building project, a leader doesn’t get a congregation into an endeavor this big and then jump ship. God could have something else in mind, or you all could decide you need another leader, but from my side, I can commit to seeing you through.

And then I became a grandfather this week. Grandfather — that sounds really old, even to me. But Miles Julius Garron-Caine was born on Wednesday morning, 9 lbs 4 oz, a big baby, whether or not I am ready to be a grandfather. One of you started calling me gramps — which sounds like an aged, slender man, with soft skin and an over-washed, short sleeve button-up shirt that smells that certain old man way, like sweat and stewed vegetables. Grandpa is fine. And I will grow into it.

In my two days as a grandpa, I have found it much more philosophical than parenting. When you have a child, well, it’s overwhelming and hectic and exhausting. Yes, it’s exciting too. But, at least for me, there didn’t seem to be much room for reflecting on the bigger picture. Not enough space to get all philosophical amidst diaper changes and burpings (that was a euphemism).

But as a grandparent, it’s a different story. You are looking on and wanting to help, but you also realize this isn’t yours to do. Again, as I said last week, this is Simon and Ari’s God-given task.

Also in grand-parenting, our perspective is longer. Not just seeing the generation behind us emerge. But perhaps more aware of those who have gone before us. In many cases, mine included, our parents have passed away. And, as my son said to me after my father’s funeral, “You are next in line.” I laughed and responded, “I hope so.”  Yes, three-times as old as I was when I became a father, I am more aware of my own mortality.

And I find it impossible not to be reflective as I watch the son who I soothed and comforted as an infant now soothe and comfort his infant as a father. The turnarounds and the passing it forwards, how can one not be reflective and thankful?

Just as I have been thinking about Haeman, Katrina and Margaret all starting their ministries at almost exactly the same time and how many lives they will touch and hopefully bless over the years of their service, I look at that little baby in his mother’s arms and wonder about what his life has in store for him. And as grateful as I am for being a part of it, I also know I won’t see it all.

There is something so hopeful about a newborn, even in times that make me, when I take a step back, worry about the world he is inheriting from us. It’s all such a mystery. We have our walk on and off stage, not big parts to play, but parts that ought not to be unappreciated. Everyone has a role.

I have a fairly benign view of the limit of our time on earth. Mostly because I believe, so the ending is neither frightening nor the ultimate end. I had a sort of metaphorical revelation early in ministry when an older parishioner who I was close to died unexpectedly. It was an image of my grade school back in St. Louis:

It’s recess time. Everyone is running around and playing, doing whatever they are doing. It’s loud and a little chaotic. But the teacher has blown the whistle for us to line up to go back into the school building. Some of us listen and get in line right away. Others keep playing on the playground as if they haven’t heard the whistle. The whistle blows again. Some listen. Some ignore. But a few more head over to find their place in the line.

The situation can still be like that when the line starts moving, and kids start disappearing back into the school building. Some have already gone inside. While others are still ignoring the whistle and more are somewhere in between. But it really doesn’t matter, because not one gets to stay out on the playground forever. We’re all going to end up back inside the school building. (And I liked school). The only question really is your place in the line, and even for the holdouts, they aren’t that far behind the first in line.

For weddings I have often used a line — which I now know by heart — from Jonathan Schell’s Fate of the Earth:  “In a world that is constantly being overturned and plowed under by birth and death, love quite literally lays the foundation for the continuation of the world, and not purely in the biological sense…”

Beloved, we each have so much time, and that time is not ours alone. Instead, it’s interwoven with others and the time they have. And together — mysteriously, magically, gracefully —  it forms a chain, or perhaps an even more appropriate metaphor is a piece of cloth that connects us and our little lives to the ultimate. It’s the limited-ness of and the influence we can have in the time we are allotted that makes it precious.