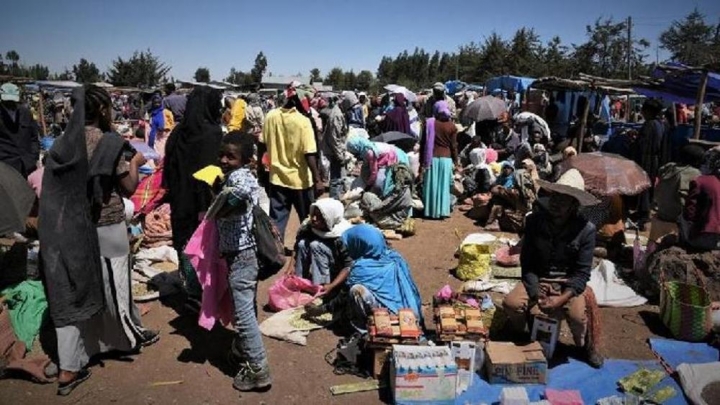 A “humanitarian corridor” is a term d’art, used in international relations traditionally, when a demilitarized zone is opened up in a war zone for the safe passage of civilians, that they might get out of harm’s way from the fighting and to some new location of greater safety.

That there is such a need for humanitarian corridors, an arbitary demilitarized zone in so many violent places in our world — that in itself seems sufficient condemnation for how badly we humans are doing with our world.

But I am using the term in this essay in a new and specific sense even in the realm of international relations.

There have been rising numbers of refugees and migrants moving towards Europe. They have been trying to leave war-torn Syria as well as some of the more violent confrontations in West Africa. But the migrant flood also reflects economic hardship in less developed countries where people’s lives were already close to the line because national economies have been sinking. The environmental impacts of global warming are already being felt hard in certain parts of the global south. And corporate interests often show little concern for the effects of their decisions on the most vulnerable in “foreign nations” where they are doing business.

Bangladeshis are getting flooded out of whatever little land they could survive on due to irregular and catastrophic weather patterns, flooding and rising seas. Senegalese fishermen are losing their livelihood as Norwegian corporate fishing operations outfish the locals and overfish the waters.

If one listens case by case, it seems that the traditional distinction between asylum-seeking refugees and economic migrants is blurring or even getting harder to establish. And so Europe has seen the numbers of humans risking everything to enter from the south rise dramatically.

This is nothing we are unfamiliar with in the US. Since the violence of El Salvador and Guatemala in the 80s (and well before) people have come north seeking safety. More recently, if we have been listening, we have heard the stories of young people feeling they had no choice between taking a chance coming to the U.S. or being killed by the gangs and violence of Tegulcigapa or Guatemala City.

But the numbers Europe is facing recently are staggering, with as many as 4 million people from outside the European Union welcomed year after year.

If we can stay focused, in the midst of all the uproar in Washington these days, we should remember that our President has suspended all refugee resettlement in the US and wants to cut the numbers of refugees the US resettles. In a world refugee crisis, with the Statue of Liberty as a memorial to who we have been…

Since 2015, millions of people have arrived in Europe by crossing the Mediterranean, and almost 3 million Syrian refugees are now living at Europe’s doorstep  in Turkey. Germany has committed to resettling 1 million Syrians. But the Southern nations with coasts nearer the migrants departure points — primarily Greece, Italy and Spain –are struggling with the boatloads of migrants arriving on their shores. Syrians and West Africans and Iraqis and Eritreans and Afghanis and Bangladeshis and Pakistanis…

I have talked with West African teens who left home as young as 14 and 15 years in search of a safer environments. How bad must it be for a child that age to strike out alone?

And I have become friends with Syrian families who, after 3 years with no work in Lebanese refugee camps, and no hope of going back home, didn’t think they had any other choice but to try to make it to Europe.

In the U.S., we heard about the people trying to make it by boat to Crete. And we all remember the danger of that passage as witnessed in the body of the small child washing up drowned, on the shore of Turkey near the resort of Bodrum.

But we have heard less about how Hungary and Romania are building walls to close their borders and cut the land route from Turkey, and stop the flow of Syrians.

And at least I didn’t know before I got here, that the Italian island of Lampadusa is an entry point from Libya, where with hardly any rule of law, smugglers can work freely.  I didn’t know the violence, abuse and exploitation migrants face. Or the dangers of the short Mediterranean passage, where overloaded wooden boats leave people in their hulls not enough oxygen to survive, or where overloaded, inflatable boats capsize midsea and everyone drowns.

And I didn’t know of the Dublin Convention that charges the country of admission with the processing and settlement of incoming people. Or the political divisions opening up North and South and East and West in the European nations. Or the growing, powerful political resistance to immigration in some nations.

But now I know Kareem and Usman and Sharif and Douda and Saibo and Malik and Ibrahim and Diawara and Kalifa and Jaifa… Who all left home between 14 and 16 years old and traveled alone by bus to the border of Libya where the buses don’t go further. But where you entrust yourself to a smuggler, who puts you in a van and then a house, all overcrowded, until you get on the overcrowded boat in the dark.

We don’t talk too much about what they experienced to get to Italy. Or their situations in Gambia, Guinea, Ivory Coast, Mali, Senegal that caused them to leave in the first place.

But once, working on literacy and conversational English, one of them said to me, “When I got on that boat that night, I thought I was going to die.” Many people have.

Adding to the dangers of the Mediterranean crossing and the travel to get to Libya, is the lawlessness in Libya and their vunerability to the smugglers and others while they wait for a boat and passage. There they are defenseless before exploitation, deprivation, crime, sexual abuse.

The Protestant Federation (the merger of the Methodists and the Waldensians), decided there needed to be some remediation of this high-risk, life-losing trek over land and sea.

They approached the Catholic Church (the political powerhouse of faith communities in Italy!) with the invitation that together they approach  the Italian government, seeking to open up a humanitarian corridor, a secure way for people caught in a crisis to  make their way to safety.   In this case, an alternative path for Syrian refugees to a reach Italy.  Not a solution to the whole problem, but a demonstration project, the promise that people’s passage could be made safer.

Somewhat incredibly, the Italian government agreed. And now there is a pilot program wherein 1000 Syrian families were granted Italian visas in the refugee camps where they were living in Lebanon. Then the Waldensians alone used money from the “Otto per Mille” receipts (the church support Italians have to pay through their taxes which the Waldensians receive disproportionate to their numbers because they committed to dedicate it all to social service {instead of using it to support their parochial operations}) to fly the Syrians to Rome and get them to the various localities across Italy where they will be resettled. The Waldensians are also picking up the resettlement costs. The Waldensians have committed 2.5 million Euro to the cost of this effort.

And they have settled the familes with Waldensian and Methodist communities across Italy. Also some Communities of Saint Edigio, a Catholic lay organization, are helping in the resettlement effort.

I can’t think of many recent examples where church has birthed what has become an international model for a more humanitarian and effective way for meeting human needs.

Three Syrian families have come to Centro Diaconale, where I am this summer. I am closest to Gayeth and Sawsan because they are my immediate neighbors. But I see all the Syrian kids each day in the summer program.

A new start can’t be easy. New culture and language. Starting over. But they made it here. Safely. And are now being supported as they go about making new lives here in Italy. Far from family and home. but not without impressive care — like the young African unaccompanied minors I am working with at Casa Mirti.

Thank God for this ministry of the Waldensian – Methodist Federation. And for the people who have made it this far on their way. And if you pray about it, or even just think about it… shouldn’t all the world be a human corrider? 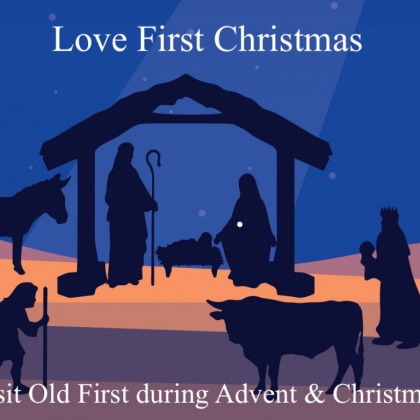