Parcel Project Update: An Interim Report from the JVMT 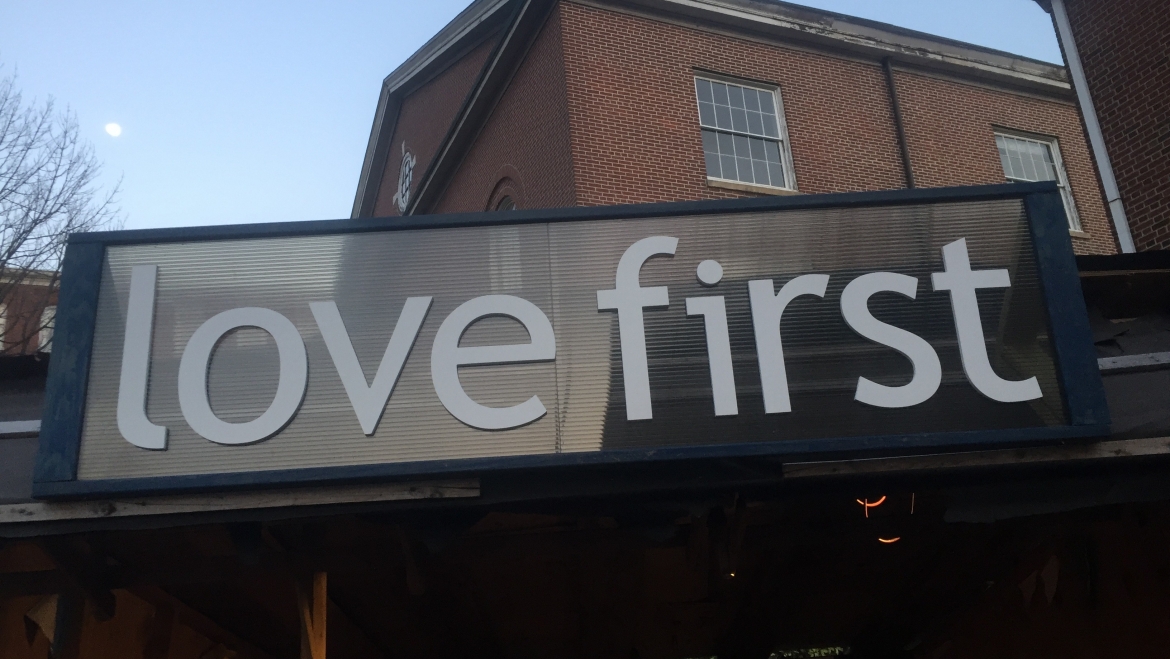 An Interim Report for the Old First Congregational Meeting on Sunday, March 24 Concerning Planning for Housing for the Homeless at Fourth and Race Streets

In the next two weeks the congregation of Old First Reformed Church will need to authorize moving forward on the next steps toward providing hospitable,  comfortable housing for formerly homeless individuals on the corner of Fourth and Race Streets. The Joint Venture Ministry Team (JVMT) has been charged by the Board of Elders with representing Old First in the planning process and monitoring progress. In anticipation of two congregational meetings the next two Sundays, the team would like to offer an interim report on where the project stands at this point.

First, a little history.  Several years ago the church realized that the houses on our property that front on Fourth Street were in need of major attention. That reality provided a propitious occasion to reflect on how those properties could best be used to advance the mission of the church. A committee to consider that use was formed and ultimately recommended that it would be too expensive to rehab the buildings and, even if we did, the space would not be particularly useful. The committee presented a recommendation to the church that the space be redeveloped to provide durable housing to formerly homeless people, a clear extension of Old First’s deep commitment to the homeless people of Philadelphia. The congregation accepted the proposal and authorized further exploration. That exploration led to close cooperation with Community Ventures,  a non-profit community development corporation with whom we signed an agreement  jointly to develop a building holding roughly 34-36 units of housing. The agreement stipulates that Old First retains the right to approve designs and major issues concerning the property but the process of building and, importantly, financing the project rests with Community Ventures. Community Ventures has been very actively pursuing the project in close cooperation with the Joint Venture Ministry Team.

Where do we stand now? With the active concurrence of the JVMT, Community Ventures retained an architectural firm, BWA Associates, that has provided “massing studies.”  The massing studies present a few preliminary suggestions of how a building housing 34 or so units might best fit onto Old First’s property. The studies are not final designs, but once one suggestion becomes identified as most suitable, detail designs will follow shortly. Meanwhile, Community Ventures and the JVMT have been talking with members of the community surrounding Old First, particularly churches and civic organizations, to solicit their support for the project.  The project has so far been warmly received by those organizations. Preliminary steps toward getting approval for zoning changes and permission from the Historical Preservation Commission have been taken. Congregational approval of our current plans are a necessary part of these processes. The two congregational meetings these next two weeks are meant first to provide complete information to the congregation on the current state of the project, and then to ask for approval so that we can make an application to the appropriate city entities. Those approvals are necessary to begin the process of seeking funding.

Throughout its deliberations and interaction with Community Ventures and more recently the architects, the JVMT has been guided by principles that arise from our life together as a church committed to advancing Christ’s mission in the world.

These values stand behind more concrete decisions about the nature of the building and the broader project:

The construction of thirty-four to thirty-six residences or formerly homeless individuals.

Details of the steps that lie ahead for the project will be announced at the two meetings. Representatives from Community Ventures and the architectural firm, plus some additional resource people, will be present at the first meeting to respond to questions. The Joint Venture Team hopes that you will be present at both meetings; first, to inform yourself on the current stage of the project, and then to give your considered decision on moving ahead. Members of the Joint Venture Team are Jackie Williams, Kathy Sykes, Beth Walker, Megan Grimm, and Bob Robinson. All would welcome your questions, either at the meeting or privately. Our goal as representatives of the church is to distribute as much information as is available and helpful, so that an informed decision can be reached about our future course and so that all feel that they are participating in extending Old First’s mission into the world.