Old First recently received a memorial gift from the estate of Phyllis Smith.  Few folks currently at Old First knew Phyllis because in her later years she had been unable to make the trip in from her home in East Norriton (on land that was once part of her grandfather’s farm).  Take a moment and learn a little bit about the person behind the gift.

Phyllis told the story that when her grandfather was a boy, he worked on a cattle boat that sailed from Germany to Philadelphia in the latter part of the 1800’s.  He jumped ship in Philadelphia, and it was people from Old First who helped him get his start.  He eventually owned a farm in Montgomery County.  Phyllis’ mother was born on that farm, and it was there that Phyllis spent her summers.  One of her farm chores was herding cows across Germantown Pike—then only a dirt road.  Phyllis took pride in both her German and Pennsylvania German roots.  She spoke German, visited cousins in Germany, and had high hopes of developing a recipe for wet-bottom shoofly pie that could be made in a microwave.

Phyllis was passionate about Wilson College where she earned a degree in chemistry.  While a student there, she got paid to catch mice in the dorm.  College summers, she worked as a mate on a head boat in Wildwood and froze the leftover fish in cans to take home to her family.  After college, she worked in New York where she learned to love Chinese food and lived in a Salvation Army residence for women.  Somewhere along the way she also worked at Burpee Seeds.  She eventually returned to Philadelphia and earned a Masters in biochemistry from Jefferson.  At Jeff, and later at Penn, Phyllis did what she loved most…working in research labs and co-authoring scientific articles.

Always curious and always wanting to learn more, Phyllis’ passion for science caused her to branch out and add wildlife, plants, gardening, recycling, and protecting the environment to her interests.  She was a longtime supporter of the National Audubon Society as well as a recycling center in Pottstown.  Given that she was a hoarder, though, one wonders how much material she ever took to be recycled! In Phyllis’s later years, Dolores (Phyllis’ neighbor), Jackie and I frequently heard how she and the Audubon Society were “working together” about the meadow voles.  Call them field mice or meadow voles, for years they pillaged her house.

The December after taking a position at Girard Bank, Phyllis called the church office to see if Old First had a service on Christmas morning. Geneva Butz told her there was, so Phyllis showed up.  She showed up to find that she was the only woman in the congregation, that the rest of the congregation were men from Old First’s fledgling homeless shelter and that the service was being led by Father Dominic Rossi, a Catholic priest.  Maybe even because of her first encounter with Old First (which she would gleefully relate), Phyllis joined Old First in 1983.

She worked the monthly food festivals, helped edit an Old First cookbook, actively participated in the 1727 Society, helped with the capital campaign of 1996 and worked in the churchyard. Despite her friendship with Ruth Merrill, when it came to the church yard, Phyllis and Ruth did not see eye to eye.  What Phyllis called native plants, Ruth called weeds.  Like everyone else Phyllis regarded as friend, Ruth would always receive a teabag in her letters from Phyllis.

Phyllis wanted very much to leave a legacy.  To this end, she remembered organizations that reflected her passions.  As she was generous in her life, so, too, was she generous at the end by putting in her will a generous provision for Old First from her estate.

If you would like to learn more about making a legacy gift to Old First, please speak with Pastor Michael or call the office: it’s the one way that your care, concern and thanksgiving for this community can continue on even after your death. 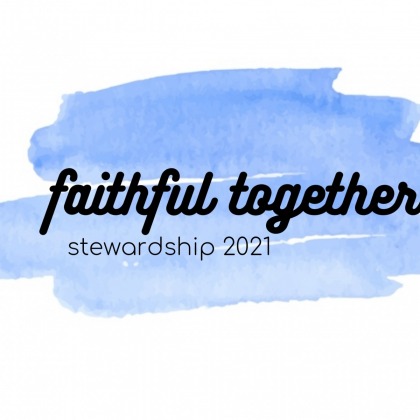