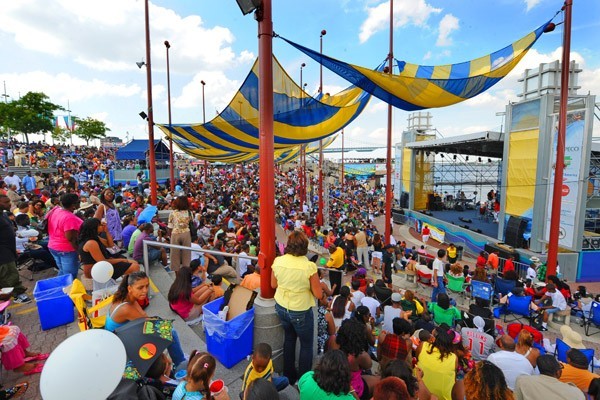 “I will not have my life narrowed down. I will not bow down to somebody else’s whim or to someone else’s ignorance”. – Alice Walker

Did you know that initially in the U.S, the last Sunday in June was a day to remember the 1969 Stonewall riots in New York. Since then, cities across the U.S. have adopted the month of June into a series of events to recognize, encourage, and advocate for LGBTQ equality. In 2000, former President Bill Clinton first declared June as National Pride Month marking, “the joys and sorrows that the gay and lesbian movement has witnessed and the work that remains to be done.” However, President Trump in the same fashion of his Republican predecessor, former President G.W. Bush, did not recognize June as National Pride Month this year. Despite their lack of recognition, queers across the U.S. prominently showcase their sexuality with affection, grace, and courage.

Pride parades across the country consist of men, women, and youth celebrating in colorful costumes, outrageous productions, and inviting allies to participate to create an inclusive visibility of individuals looking for belonging and acceptance. Pride parades are like any other parade; they display a diverse depiction of the life and culture we live in today. This depiction echoes the quote from Clinton; we’re still experiencing joys and sorrows each day. The sad atrocities that occur in various communities like Orlando, FL; violent beatings and murder of our Transgender brothers and sisters; imprisonment of LGBT persons in foreign countries; persistent stigma towards our HIV/AIDS brothers and sisters; and racial tension in many LGBT communities. But the joy we have shines bright each day because we march, we scream, and we were heard. We received recognition and federal protection from a four year Democratic president. We witnessed the marriage of hundreds of LGBT men and women after years of being denied. New medications were created to minimize the risk of infections; and we encouraged an openness among our peers.

Within Philadelphia, June is full of events for Queers and their allies. So together this month, let’s go out and get crazy with Philadelphia’s new Pride flag. The new Pride flag has an addition of two new colors just for the City of Philadelphia. The story behind the flag comes from several tragic racial incidents that occurred last year in the Gayborhood. The new flag has two new strips of black and brown (or tan). These new strips represents a more inclusive reflection of Philadelphia’s LGBTQ community. Despite hesitation and criticism, I hope the new flag will bring racial harmony to Philly’s gayborhood for a more “over the rainbow” aura to our social watering holes. This Sunday, the annual parade is starting from Philly’s gayborhood and ending at Penn’s Landing. I hope many will attend after church for the celebration of color, music, and drag! Every year Philadelphia’s parade showcases a number of performances, live comedy, various vendors, and tons of music. The parade launches at 11:30 am from 13TH/Locust St and arrives around 1p at Penn’s Landing. Ticket cost is $15/person.

This month celebrates much more than queers.  It celebrates the accomplishments, the sorrows of loss, the joys of recovering and rediscovering new freedoms from federal mandates, job security, medical advancement, and of course the resilience of both straight and queer men and women to continue to advocate for equality.