Progressives Need Not Shy Away from the Bible: Old First E-pistle 06.01.18 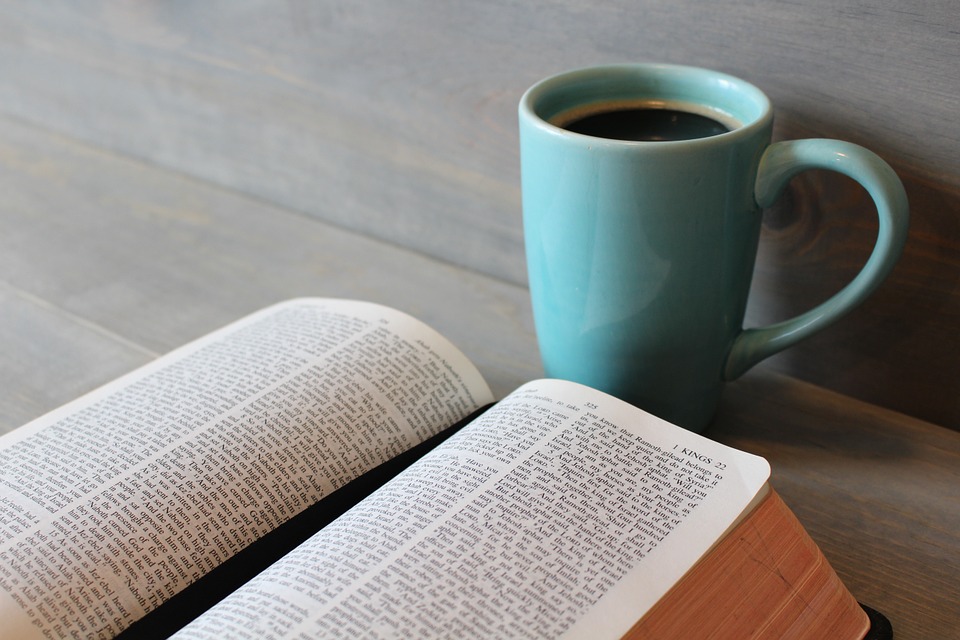 Looking for the benediction that I used last Sunday, because it made sense with the Trinity Sunday sermon “Beyond Scripture Alone,’ I did a lot of searching. And got a bunch of other friends and colleagues searching. Finally, two, Abigail Hastings found it among the papers of its late author, the Rev. Howard Moody and the other, Rev. John Gage found it in an E-pistle I wrote in 2013.

In a short week, with a holiday Monday and a Friday – Saturday when I will be away at the Conference Spring Meeting, I am recycling this E-pistle. It is a nice follow-up to the sermon last week. And a reminder and helpful explanation of how it is that we at Old First take the Bible seriously, just not literally.

It surprises me how many Christians see the Bible as something static, set in stone, “once and for always,” be all — end all, a ‘position paper from on High’ that’s not open to interpretation, much less change. “God said it. And that settles it. Period. End of Story.”

Admittedly, the way Exodus describes Scripture’s origins — Moses on the mountain with two stone tablets — is a good set up for a certain Scriptural “concreteness” — firmly established, dare not change or ignore it.

But the Bible itself — and its use in our faith — is more elastic. So much so that, I suspect, our inability to recognize its elasticity shows how effective the fundamentalists, literalists and conservatives have been in recent times.

How can Christians be surprised that God reinterprets, revises, substitutes newer revelation for older? Isn’t that why we are Christians, and not Jews? The movement from the first covenant to the second (from Hebrew Scriptures to the New Testament), shows Christians that what is indisputably the Word of God gets added to. Even reworked.

In fact, our faith as separate from its Jewish origins means revelation isn’t fixed or unyielding. Rather, we get a picture of God and the message evolving, at least in the ways God tries to relate to creatures and creation. Imagine, God woke up one day and realized, trying something new was at least as hopeful as continuing to work the former plan. “Behold, I will do a new thing!” (Isaiah 43:19)

To follow the words in our own canon strictly, even literally, God did not abolish the Law, but certainly fulfilled it in ways no humans imagined. Does God always knows what will happen, exactly where the Divine work in history is headed? Or sometimes could even God just be working things out as they move along?

I even encounter folks in our progressive faith community — where we say “God is still speaking”– (the UCC’s tagline for an evolving understanding of God’s will and word for us) — who believe that the Bible is an immoveable bulwark. Never changing. Not evolving. Endlessly announcing the same message to the ages, despite how dynamic and different God’s world is always becoming.

Sometimes I worry progressives shy away, even turn away from the Bible for just this reason. We doubt a text developed for a parochial, rural, peasant, even tribal desert society has much to offer our cosmopolitan, post-industrial, techno-driven lives in the global village.

I recently read that the lead lawyer in the successful overturning of DOMA. Roberta Kaplan, preached a Friday night sermon shortly after her victory before the Supreme Court. Her text was Numbers 27:1-11 wherein the daughters of Zelophehad challenge the Torah’s laws of inheritance because they make no provision for families with no male heir. A reasonable appeal: the law as it stood was insufficient; it could not address clearly expectable situations.

Moses takes the young women’s case before God. And voila’: God hears, understands and agrees. Amends the earlier law to say, if there is no son to be the heir, then a daughter can inherit. Actually God goes further than the daughters’ petition. Essentially, adding successive circles of relation to be sure whatever the family configuration, inheritance can occur. And finally, in cases where there is not any immediate family, ending the Divine revision with the fairly ‘open to interpretation’ “catch all” permission to transfer the dead man’s estate to the nearest kinsman.

Kaplan’s insight was not so much about probating ancient estates or tribal family make-up. Rather, she was interested in how even the Divine law, in God’s own hands — and heart — is a process rather than an accomplished fact. God rewrote the law in order to make it more just.

Those who wish to claim the Bible is fixed and unyielding must ignore the Bible itself to do so. Overlooking how it develops a sophisticated and dynamic hermeneutic through its pages AND produced precedent in its own unfolding. According to the text itself and the promises it seeks to convey, God’s law evolves towards inclusion that makes for justice.

As I said, none of this should be all that surprising for Christians whose tradition is a second Testament that compliments if not supersedes the first. The end of a developing revelation that spans thousands of years.

Even further, the New Testament makes explicit the ways in which Scripture is a living, growing document, meant to be open to reinterpretation.

In John 14:26, Jesus indicates that he cannot deliver all truth. Why? He says that the believers would not be able to hear it all, much less take it all in. It’s not so much about the limitations of Scripture, but about us. There are simply truths we are not yet ready for. That’s why the Holy Spirit came after Jesus– to continue God’s teaching, “walking” presence with the people, leading them onward.

For all but the most “restorationist,” — people who believe faithfulness can ONLY be found in a return to the most primitive, early church days of Christianity — the on-going, developing witness of the Spirit is what we know as church. Without such a movement of the Spirit, we would have an unrecognizable faith: without the New Testament texts written down, without Paul… without Augustine, Bernard of Clairvaux, Calvin or Dorothy Day…

Ok, we differ on what all our developed/developing tradition means. But can we agree with John Robinson that “God hath yet more truth and light to break forth from the holy Word” (an antecedent to ‘God is Still Speaking’)? New interpretations replace older understandings. New ideas get introduced by the Spirit because they were not yet part of the tradition. Either way, both possibilities point to the Bible being growing and alive.

Or one might say that the Holy Spirit is more authoritative than pages of Scripture. One of my favorite benedictions comes from the late Howard Moody, the former pastor of Judson Memorial Church in New York City. His good words for going forth promised:

“And now unto all of you who are the Living Word, more precious than print, more sacred than Scripture, walk in humility and act in mercy that all may see the Spirit, whose image you bear.”

One might also say: “The only things that do not change are dead. Thank God ours is a living Bible.”