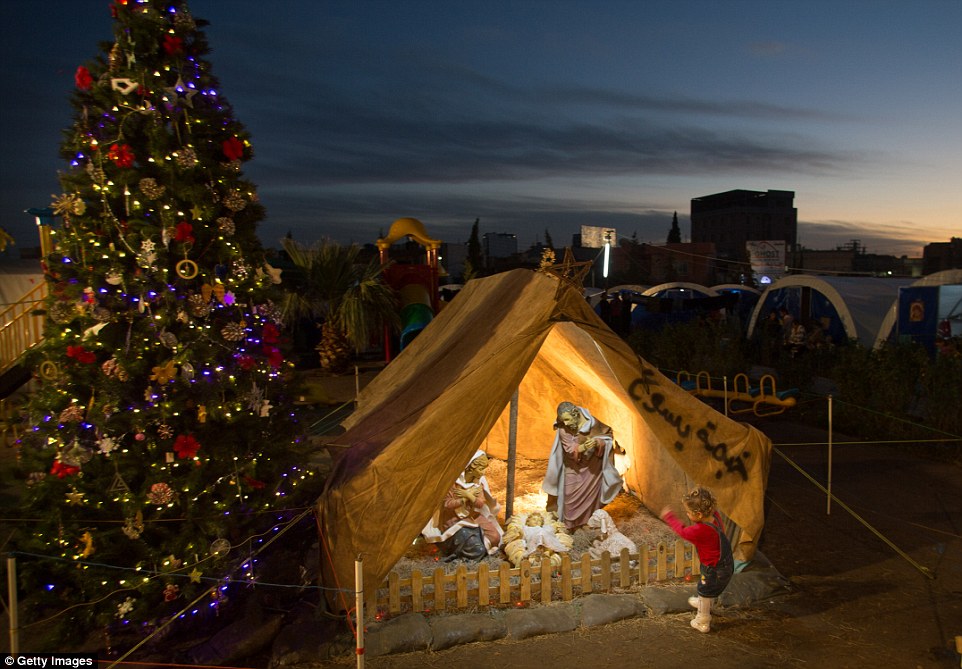 Old First United Church of Christ has used the live-animal creche for over 40 years to bring the Christmas story home to 4th and Race and alive for neighbors near and far.

Last year, with the escape of Stormy the cow, our telling of the holy story got overwhelmed  or lost in the important and unsettled questions of the proper treatment of animals in our culture.

This year, with the international refugee crisis and the immigration questions facing the U.S., Old First had decided, instead, to present a Refugee Nativity to tell the Christmas story.

68.5 million people  are currently forcibly-displaced worldwide. This number is now higher than at any time in modern history. These are people who have fled extreme dangers, whether to escape relentless bombing, an invading army, gang violence, or other life-threatening circumstances. Those who have been uprooted from their homes often face further struggles on their journey to find safety, including lack of access to essential needs like clean water, food, shelter, personal security, and health care.

40 million of the record-high number of dislocated people are internally-displaced, which means they have had to flee their homes and hometowns, but are still within their homeland or country of origin.

25.4 million people are refugees who have left their nation of origin in search of some other safe location. (And half of the refugees are younger than 18 years old).

And 3.1 million people are seeking asylum. claiming protection from another nation vis a vis the dangers they faced at home.

There are also an estimated, additional 10 million stateless people who have been denied a nationality and access to basic rights such as education, healthcare, employment and freedom of movement.

57% of refugees today are coming from just three nations: South Sudan, Afghanistan and Syria.  85% of refugees are seeking safety in the developing world where nations are often hard-strapped to struggling to support the refugees. The top refugee-welcoming nations currently are Turkey, Uganda, Pakistan,  Lebanon and Iran.

44,400 people are forced from their homes a day, or almost 1 person every 2 seconds.

The Trump Administration has reduced refugee admissions to the U.S. for calendar year 2019 to a ceiling limit of 30,000 and only 22,491 were actually resettled in 2018, both the lowest numbers since 1980’s founding of the current refugee program.

In our U.S. news lately, there has been much coverage of the caravan of Hondurans WALKING from San Pedro Sula to the Mexican – American border. The caravan chose to approach the border in California, though a longer walk, because California is a sanctuary state already at odds with the federal government over immigration issues. Also, in California, there is much less militia activity than in either Texas or Arizona.

The first people from the caravan to arrive at the border in Tijuana were LGBT asylum-seekers. But, their number has been added to, and now there are approximately 1500 people at the border. In the next week, it is expected that as many as 2000 more asylum-seekers, currently walking their way up through Mexico, will arrive in Tijuana.

Caravans of migrants are not unusual occurrences. In recent years, hundreds of thousands of Central Americans, primarily from El Salvador, Honduras and Guatemala, have left their homes and headed for the U.S. They are driven by violence, poverty, domestic abuse, gangs and corruption. Migrants often travel together to provide some protection from the thieves that prey on them along the route.

We are so aware of this caravan… our news has offered so much coverage because President Trump focused on it in his campaigning for Republicans in the run-up to the midterm elections, claiming variously that it was an invasion; a threat to national security; and harboring “bad people,” criminals, and Middle Easterners.

Michael will be joining clergy colleagues and advocates for a more just immigration practice in Tijuana in the first week in December to accompany the Honduran asylum-seekers as they approach our now heavily defended border — with recently added cement barricades, barbed-wire, and soldiers.

At Christmas, Old First wants to remember, honor and share the holy story of the birth of Jesus. In fact, that’s our responsibility as the church.

Mary and Joseph were internally-displaced people:

“In these days a decree went out from Emperor Augustus that all the world should be registered. This was the first registration and was taken while Quirinius was governor of Syria. All went to their own towns to be registered. Joseph also went from the town of Nazareth in Galilee to Judea, to the city of David, called Bethlehem, because he was descending from the house and family of David. He went to be registered with Mary, to whom he was engaged and who was expecting a child.” (Luke 2:1-5)

Mary and Joseph and Jesus, shortly after his birth, became Refugees:

“Now after the Wise Men had left, an angel of the Lord appeared to Joseph in a dream and said, “Get up, take the child and his mother, and flee to Egypt, and remain there until I tell you; for Herod is about to search for the child, to destroy him. Then Joseph got up, took the child and his mother by night, and went to Egypt, and remained there until the death of Herod.” (Matthew 2: 13-15).

Our Refugee Nativity will represent the holy family living provisionally in the sort of tents that refugees are often housed in when they find temporary shelter in a refugee camp. Our display will also include some other items that point to the realities of a refugee’s precarious situation, for example: tattered luggage, a cooking fire, water jugs.

The display will include, as well, on the cyclone fence behind the tent, the kinds of information about the refugee crisis found in this article above. We will use the tent for our 5 pm service on Christmas Eve, after the congregation has followed Mary and Joseph and the donkey around the neighborhood looking for a place to stay.

Refugees in our world today give new meaning to the biblical verse “because there was no room in the Inn.” 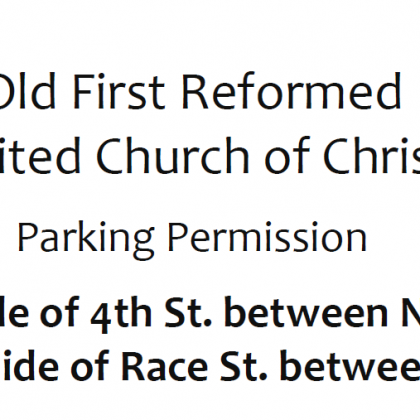 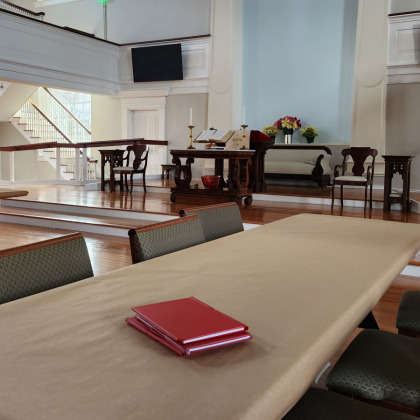