Serenity, Courage and Wisdom (for the church in its current challenges); Old First E-pistle 06.08.18 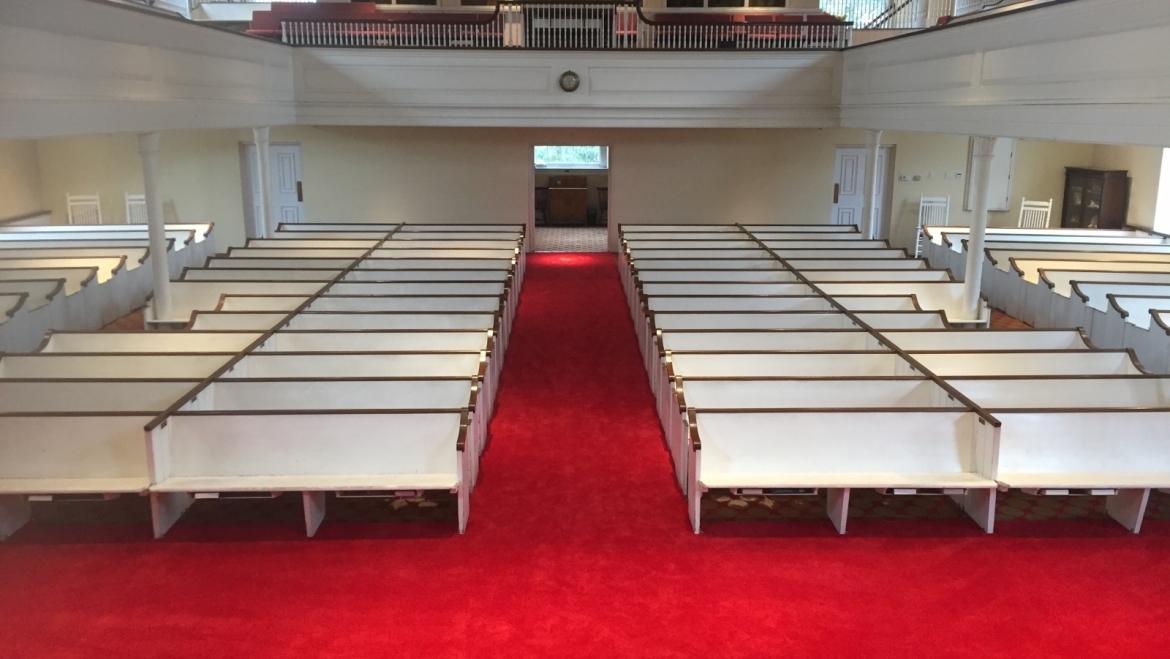 Much of the Penn SE Conference Spring Meeting last week, at least on Friday, was about the decline of the church. We were inundated with facts and figures, numbers, graphs, comparisons to impress upon us the tight spot the church finds itself in. I think the message might have been: “Act now, because it’s only going to get harder and harder before it’s too late.”

Geneva and I were sitting together, and laughed — since we’d both done conference ministry, none of this was new to us. Instead, it’s the world in which wider church has been functioning for the last couple of decades. Perhaps, there were people in attendance at the Spring Meeting for whom this was news? But I suspect, most leaders in the local church — those who come to Conference meetings! —  have recognized these trends — or felt their pinch — for some time now.

The question is what can we do about it? Or from my perspective, how can we discern what we can do about it?

The numbers of people participating in the church overall and those committed to really contribute their time, talent or treasure to the church  continues to decrease, and that means resources gets scarcer and scarcer in a situation that is tougher and tougher. It appears to be more of a trend with younger adults (it’s not unusual to find a congregation that’s only people over 60) who are increasingly “Nones,” those who claim neither a religious identity, institutional membership, nor a group practice). The whole situation is a downward spiral feeding off itself. The Conference Minister, Rev. Worley, in another venue, estimated that in Penn SE Conference there is on average now a congregation closing every six months.

At Old First, we don’t really feel these trends in the same way. We recognize that people are coming to church less frequently or more irregularly. And we feel that volunteers — to do the unsung tasks needed to keep the church going and the community together — are harder to find. But we have numbers of visitors on a good Sunday — last week we had 16 — that some churches don’t see all year. And we have attracted young adults. And others as well. Our financial resources are increasing, though slowly.

But across the church — in the national setting, in conferences and associations, in seminaries and in local churches — this downward trend is clear and prevalent, playing out negatively and narrowing the current landscape and the expectable future.

In light of this diminution, a recurrent theme at the Spring Meeting was the challenge —  that the church — in all its settings — needs to be willing make changes needed to serve the people and the society in which we are to be a witness.

While you all know I believe the church needs to almost reinvent ourselves for a new age, I think without some added nuance, the message of change risks missing the target. Or actually becomes counterproductive. It’s not as simple as finger-pointing. Or holding church leaders responsible for everything these days that makes it harder “to do church.”

Of course, we have missed some opportunities. But much of the changed cultural circumstances that has been hard on the church are, I am afraid, both beyond our control and beyond any effective response. For example, longer work days and families where both parents are employed — it’s cut into time families have for other commitments. And the digital age has left us all feeling a bit exposed and overwhelmed by the info bombarding us, making the moral appeals of a voluntary community harder to get out there, much less hear. Likewise, secularization is a process neither driven primarily by what the church is doing or falling to do, nor have we found an effective response. But it definitely makes talking to people about God more of a longshot.

There is a problem with attributing too much of the cause of decline to the church itself. When  we don’t differentiate between what we in the church can change or respond to and what we cannot, our people  feel overwhelmed, blamed unfairly, or ineffective. Albeit inadvertent, suggesting church leaders are responsible for or missing responding to what is affecting the church negatively ends up shaming and shutting down the very people — our most committed — we need most.

I am not convinced that all the cultural changes that have affected the church negatively offered it a choice or an option that the church could have taken — or failed to take — advantage of. In fact, the majority of the changes were not only well beyond our control; they were also beyond our responding.

That’s not to say that there have not been… are not opportunities to change Or that we have missed some and taken advantage of others. Rather, I think of it as an argument for making sure we identify what we can respond to or change and then doing that well, instead of missing the few powerful opportunities we might have.

So, I offer a Serenity Prayer, reworked to the needs of the modern-day church:

God Grant Us the Serenity:

… the courage to identify and to change the far fewer things we can,

… and the wisdom to know and accept the consequences of the difference.

Mine is neither a call towards resignation nor quietude in the face of the declining church, but it is an insistence on the humility to know what is beyond us, so we can focus effectively on what is within our reach.