Someone Stole the TV 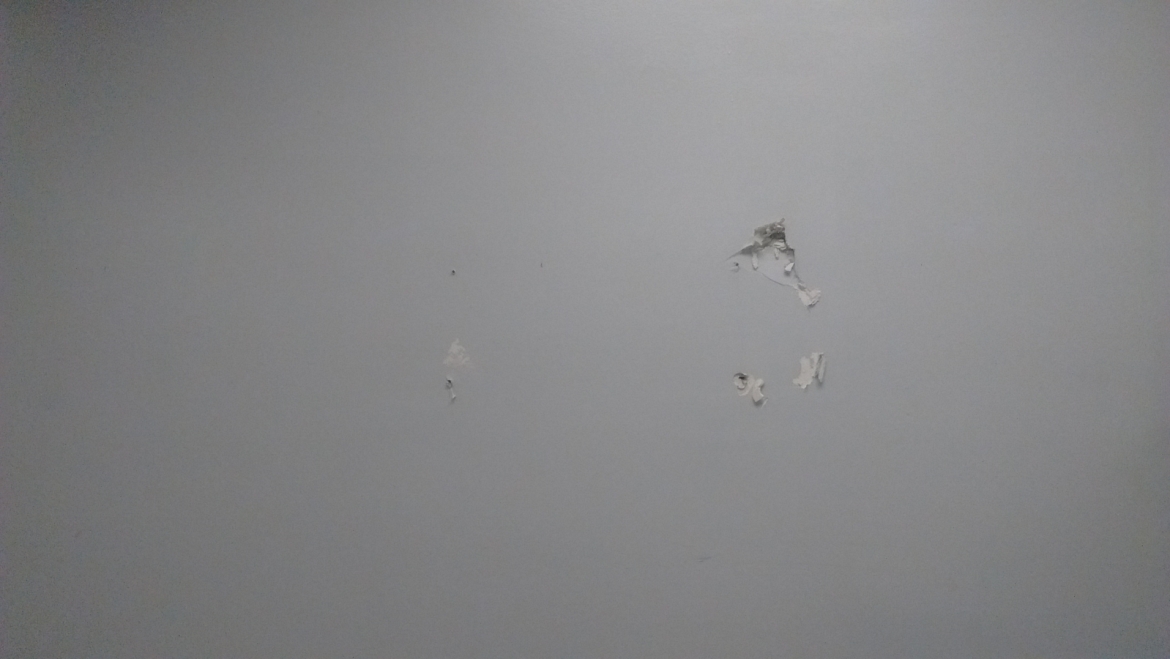 Why would we post a photo of a blank wall with holes in it? Because that’s the wall in our Social Hall where the Sony Bravia, 46 inch LED HDTV television used to hang. About 7:30 am Thursday the 20th, 2 men walked in and told a member of the Church of the Savior Service Camp that they were here to fix the tv. He engaged them in conversation about the church, then went back to fixing breakfast for the group who were here from Knoxville, TN. Moments later, he noticed that they were gone, as was the tv and the mounting bracket, leaving holes in the wall. The tv was only used by our homeless guests that we serve from November through April. So whoever stole the tv stole from those who have the least here on the streets of Philadelphia. Can you help us replace it? To help us replace the tv, go to our website, www.oldfirstucc.org, and click donate in the upper right hand corner.