We got back late Thursday night from our Mission Trip (actually we arrived at our houses early Friday morning), and I suspect (and hope) all of us will be reflecting for some time on our various experiences in Nicaragua.

This Sunday, the youth will share  in worship some of their first impressions — as a way of saying thank-you to their parents, our church community and all the people who in meeting helped us to have those experiences. There is one comment I wish to make, as much as for our youth who went on the trip as for our whole community, and itʼs about the “campesino” (usually translated “peasant”) community, Mesa Sur, that we worked with. Itʼs lies on top of a mountain, and you cannot completely understand it if you donʼt realize it is, quite literally, at the end of a barely navigable road, up in the backwoods of a rural district.

Interestingly, one might understand our experiences as what can happen at “the end of the road.” Rural Mesa Sur the first week, and the more transitory community at Finca Magdalena (Magdalene Farm) the second week were both unusual for us Gringos. They are the sorts of communities that only happen through the isolation of being out of the way and not very visible.

For Mesa Sur that means feeling, being overlooked, forgotten, unimportant. For Finca Magdalena, where people come deliberately, by choice, to find less visibility, some liminality, the relative obsurity translates into some freedom– the ability to be a different, hippy kind of community.

One could say that Nicaragua is in some way defined by being at the end of one of the worldʼs roads… in the same sense as Mesa Sur. Sort of overlooked and under cared for.

(Alternatively, it might also be helpful to interpret Nicaraguaʼs history as what happens when a country finds itself always in the way of what stronger people want. Nicaragua history is about being overrun by the Mayans, the Spanish, the United States. One of our presenters made a compelling case: itʼs not a poor country, but, instead, a nation that has been impoverished by othersʼ greed and disregard.)

Anyway, finally to the one point I wanted to make:

Nine Old Firsters visited a poor peasant community on top of a mountain, at the end of the road, out of touch with much of what we consider the basic conveniences of the modern world. One couldnʼt miss the beauty of their surroundings — the views we breath-takings. And the spirit, community and joy found in those people and their interactions.

We were impressed by the simplicity of their lives. They work long, hard days with little help beyond what their own strength can accomplish. Church seems like their only diversion from the tasks of surviving. And yet they had a joy and pride in their community and family. All that is true.

But we need to be careful lest we miss their deprivations. That same environment, all lush and green and productive during the rainy season is, for the other half of the year, almost without water. The mountains turn brown and dry. Caring for their few cows, pigs and chickens, much less themselves becomes more difficult.

The beans, corn and fruits they can grow half a year donʼt bring in a great incomes.

Even in a rural farming community, thereʼs not always even enough food to eat.

Many children never make it past grade school; one canʼt count on literacy. Womenʼs lives and options are very circumscribed. The smoke of wood stoves adds to the dangers of lives wherein medical care is hard to reach, and realistically, often unavailable. Preventive care and tests we consider routine are unheard of for the residents of Mesa Sur. People get sick and die without ever being seen by a doctor or treated. And without a father or mother, there arenʼt many safety nets, even in a closeknit community.

On top of all that, parents and later their children often leave the community for months or even years at a time, to find work and earn some money elsewhere. Managua. Costa Rica. The United States. All the other places from which it often feels likes thereʼs no coming back.

We were received warmly — welcomed — in a world we can visit at will. But our hosts were people whose lives are significantly more circumscribed and at risk. The conveniences and the ease and the security of our lives are, for the most part, unimaginable for them — even with TV — perhaps because they are completely unattainable?

See you in church,
Michael

If you would like to receive these e-pistles by email each week, please contact the church office. 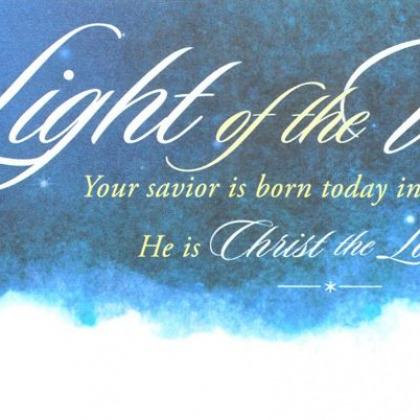 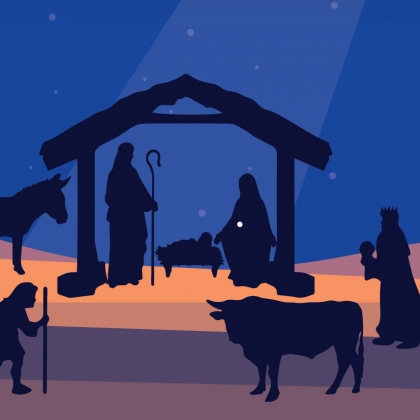 A Note about Our Services and Liturgy for Advent