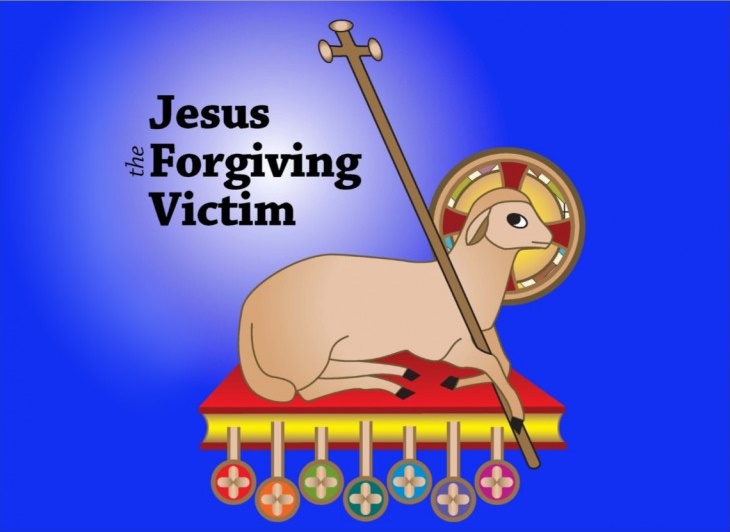 In the next two sessions of Jesus the Forgiving Victim, James Alison’s video helps us understand the meaning of Atonement. Literally, the word means satisfaction or reparation for a wrong. Theologically, it refers to the reconciliation of God and humans. A popular interpretation is that God was angry at us because of our sinfulness; so he sacrificed his Son instead of us.

Alison has a different view. God is not the angry one; it is us.

Alison begins with a story about the Gibeonites, who asked King David to make good on reparations that Saul promised for the murders of seven members of their tribe. David agrees to satisfy their request (their desire for revenge), by giving them seven of Saul’s sons to sacrifice.

Alison identifies New Testament references to this event. There’s a Romans passage that contrasts with David’s offering of Saul’s sons: “[God] did not spare his own Son but gave him up for us all.” And in John’s Gospel, Pilate “sat down on the judgement seat…called… Gabbatha (the mound of Gibeon), where Saul’s sons had been sacrificed and where the crowd prevailed upon Pilate to sacrifice Jesus.

In the story about the Gibeonites we note that David assisted the tribe in getting its revenge (and eye for an eye), And the passage about Pilate reveals the crowds insistence that Jesus be crucified.

These examples of human anger are overcome by a God of mercy.   Jesus’ replied, “Forgive them for they know not what they do.”   At the end of the session Alison asks us to recall what it felt like to be forgiven instead of being punished for something we did wrong.