Thanks to Woody for a LOOONG Interim as our Administrator 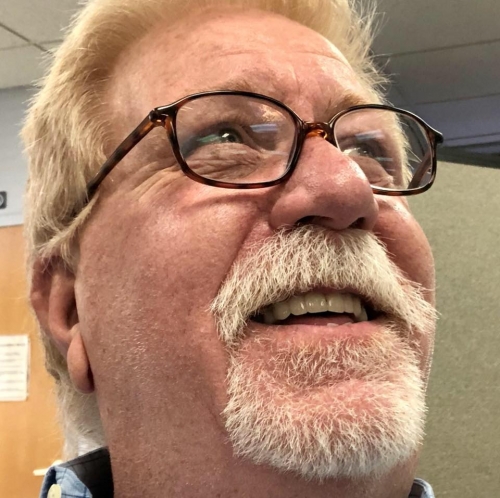 I’m not sure exactly how it first happened, but Woody began serving as a fill-in during Mindy’s tenure as our Administrator. Maybe it was during one of her sick leaves or just when she took a few days of vacation. But ever since then, and when Teresa was the Administrator too, Woody was our second string — he jumps in whenever there was a need, never asking or receiving anything more than our thanksgiving.

And last fall when I had just gotten back from sabbatical, and suddenly Teresa was leaving (because her husband Ed had decided to retire early), we just sort of assumed that Woody would step in. And he, as always — graciously — did. We did have the foresight to make provisions to provide him remuneration for this longer term service, but his other income sources meant that he could only be paid a fraction of what the Administrator’s job offers (and usually costs the church).

And it took us longer to seek a permanent replacement than any of us thought. And Woody hung in here.

And the creche turned out more complicated than usual — with troubles with the health department and permits first, and then Stormy the runaway cow and a volley of animal rights activists next. It was a rough Christmas. And Woody hung in here.

We thought we had filled the position by mid-January, and Woody thought he was free. But our hire didn’t work out. And Woody came back and stayed all the way through the end of June while we relisted the position, sifted through resumes, conducted interviews, and finally brought Kristyn on as our Administrator.

And Kristyn’s first week of work was a vacation week for me, and Woody welcomed her and led her first week of orientation and training. …All while making just a fraction of what we normally consider to be the just wage for the Administrator positing.

Woody, you have been amazing!

It would not be right for me to omit my personal thanks to Woody: “I could not have gotten through these last nine months without your help, my dear friend.”

The Elders, in appreciation for his help and service, have figured out how to offer him a month of paid vacation. But again, that’s just a fraction of what the Administrator usually earns in a month.

So the Elders have asked that we give the congregation the opportunity to make gifts of gratitude, that Woody might know how much we appreciate his handling the work in the office and everywhere else the Administrator is responsible.

If you would like to make a gift, please either send it to the church office or place it in the Offering Plate, either way, clearly indicating “Angel Gift in Gratitude for Woody.”