The Belhar Confession in Worship this Summer 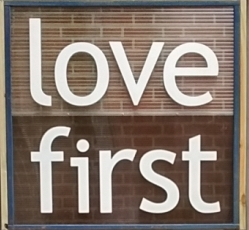 The Belhar Confession has its roots in the struggle against apartheid in southern Africa. It was first drafted in 1982 by the Dutch Reformed Mission Church (DRMC); the DRMC formally adopted the Belhar Confession in 1986. It is now one of the “standards of unity” of the new Uniting Reformed Church in Southern Africa (URCSA). Belhar’s theological confrontation of the sin of racism has made possible reconciliation among Reformed churches in southern Africa and has aided the process of reconciliation within the nation of South Africa.

Belhar’s relevance is not confined to southern Africa. It addresses three key issues of concern to all churches: unity of the church and unity among all people, reconciliation within church and society, and God’s justice. As one member of the URCSA has said, “We carry this confession on behalf of all the Reformed churches. We do not think of it as ours alone.”

The Belhar Confession has come to be a central commitment of the World Communion of Reformed Churches to which we belong through the United Church of Christ.

We used an adaptation of the Belhar Confession in worship last Sunday, June 7, deliberately as it’s the Christian confession that lifts up issues of race and justice. Since it’s a long document, so you cannot use the whole thing as an Affirmation of Faith in our service, but Michael found a Presbyterian resource that has excerpted from the whole confession, 14 different passages that we will be using this summer in worship.