November 8, 2019 by Michael Caine in E-pistles, Featured, Getting Ready for Worship, Stewardship 0 620 0 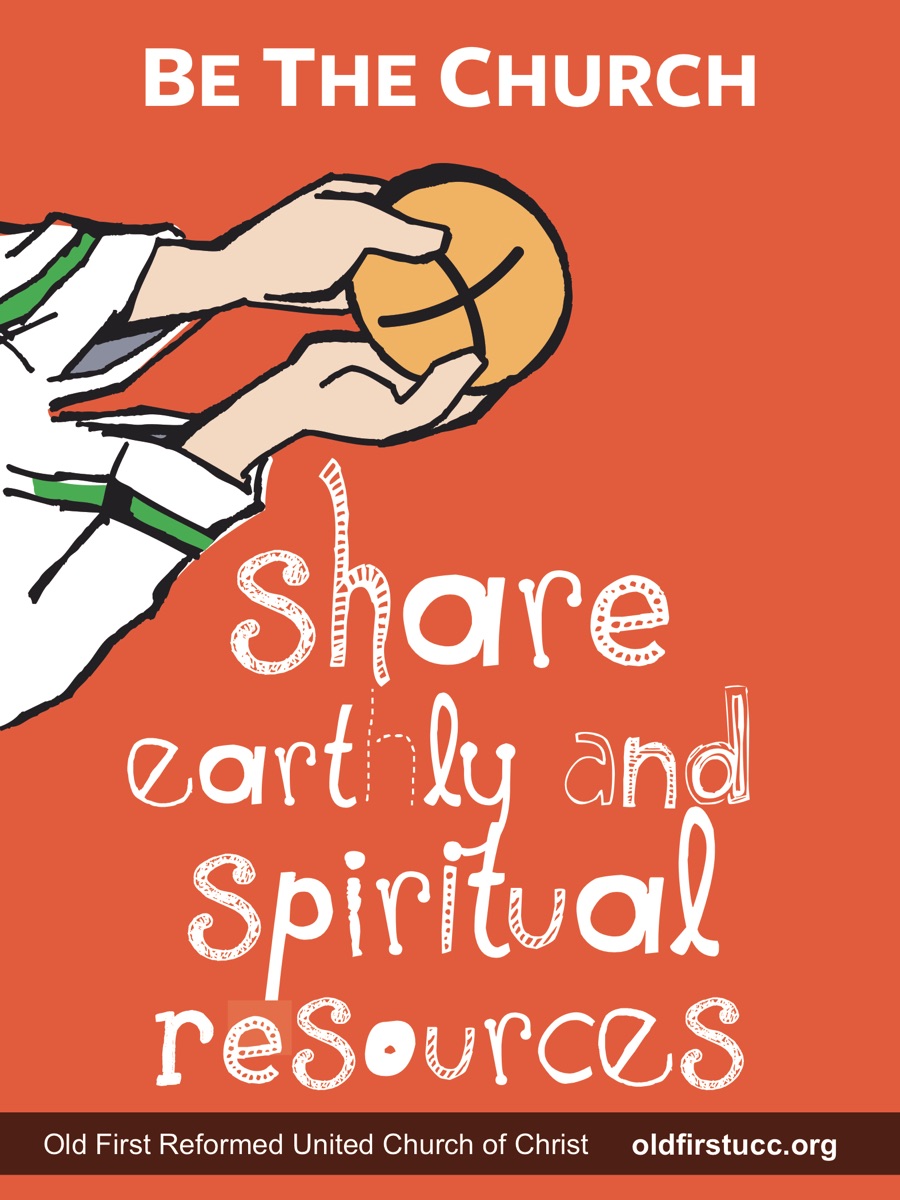 Because I work in the church, I am hyper-aware of the changes people fear and hate. For example:

~ updating the words to traditional hymns (I hear this every Christmas!)

~ not having the animals at the Creche.

~ doing communion differently, particularly on Easter (even different in even the smallest detail).

~ not finishing the Easter service with the Messiah’s Alleluia Chorus.

Many of the un-liked changes interestingly get hung on what we consider most important about our faith or the church. Sometimes it feels like people fear that making changes in church somehow questions or undermines the constancy of God!

But there are myriad other examples in church life, even the smallest, least important changes can get people riled. Hence, the popular lament “we’ve never done it that way before.”

But not all change is met with fear. In fact, some change isn’t noticed. At least not right away. I am still waiting for someone to notice that the American flag and the Church flag are not in the sanctuary. Or that the old couch is no longer in the Upper Narthex! Ok, a couple people noticed that the chest the ushers use (under the center window between the two stairways up the balcony from the Upper Narthex) was missing, but it’s back now — re-finished in a darker oak color. (Thanks, Janice!)

When we are trying something different, I always advise, let’s stick with it for long enough that people can settle in to it a bit. Then we will step back and evaluate. Has it added something to our practice, or do we want to go back to how we used to do things?

As a pastor, it makes me laugh when someone asks, “Why didn’t we do that this year…” And in fact, it’s not just been one year, but many years. Sometimes, I have never heard of the newly missed “sine qua non” — which means that we haven’t done it in at least a decade.

What isn’t noticed almost by definition isn’t seen as change. In fact, “change” has gotten a negative connotation, so “change” is often the new things we don’t like. And “developments” are things that we look forward to or are seen as “progress.” But changes are what we mourn and regret.

Consider for example, for most of us the changes from youth into adulthood — they may involve some hard to navigate transitions, and therefore tension. But the end results aren’t really feared; often we are impatient to start driving, finish high school, begin college, no longer be a minor, get on our own…. But the changes from adulthood into our elder years — often they are foreseen and then experienced with misgiving and regret, I think, because it’s our impression that these changes often are about giving up or ending up with less.

Or sticking more closely with our church focus. I bet no one has grieved the increasingly efficient printing / copy technologies which have made the church office so much more efficient. Or though we hear some complaints from people who are not on the internet, the switch to electronic communication, like the switch to phones (except before everyone had them) hasn’t been a change we have suffered!

On the whole, and even more so in comparison with many other congregations, Old First is a flexible faith community. Change may cause some agita, but usually it doesn’t get the best of us! I sometimes think the major transformations of our multiple buildings and moves and property have sort of inoculated us for handling change.

I have been thinking about all this because our stewardship campaign this year challenges us to make changes in how we handle our giving to the church and our teaching about stewardship. One can imagine that might engender some push-back, and maybe it will. But a big part of the reasoning behind and argument for such change is how much our personal financial lives have changed, without great uproar or any sense of loss.

The young adults in our community probably cannot remember before there were ATM cards and machines. But some of us remember writing checks for cash at local stores as one of the ways to get money to spend. Or actually having to go to the bank. But now we have stores that don’t take cash anymore — when I buy bread at High Street, it’s cards only. And many of us barely carry cash anymore, because we can use our cards for almost everything. Or even go to the bank, because many of us can use the cameras on our smartphones to deposit checks. And, back to the young adults, many of them don’t even have paper checks anymore. They just VENMO money to folks. And there’s ApplePay. And in church, there seem to be increasing ways and increasing needs for people to contribute differently.

It really doesn’t feel like there is any mass outcry against or sorrow over these changes and the new efficiencies they allow. So why not update our stewardship and giving along these leaps forward that the rest of our lives have taken?

Expect a letter this week from Rich Evans, our Stewardship Director, about the new things that Old First is asking of us regarding our giving. In the spirit of updating, that letter will arrive as an e-mail with an electronic link for make your pledge (except for people who are not on the internet, and they will receive hard mail!) Rich will explain it all.

And be open. All change isn’t bad. Or even hard. Some of it is taken in stride. Or even welcomed because it makes things smoother, easier, better.