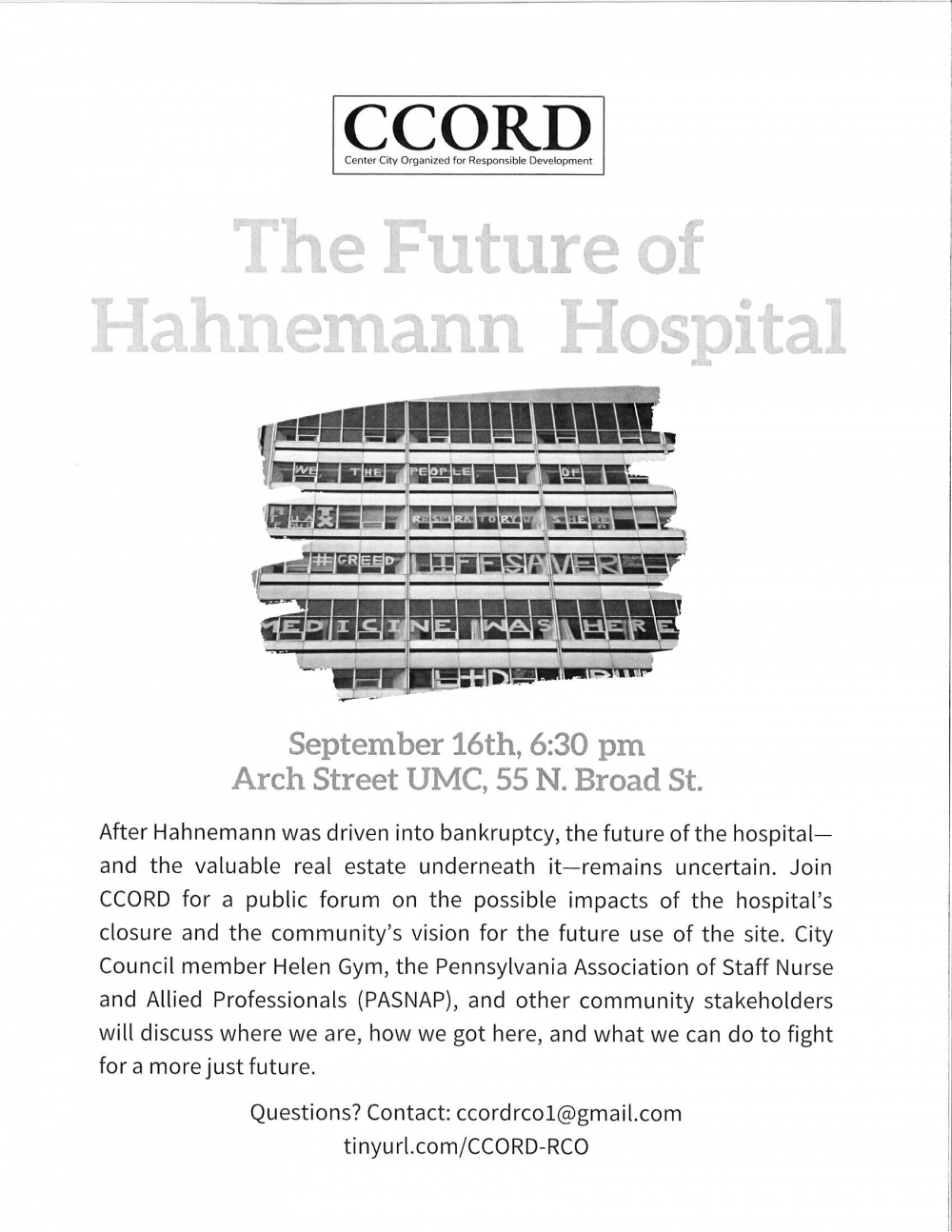 There will be a public forum on the situation created by the bankruptcy and closure of Hahnemann Hospital. The hospital was driven into bankruptcy, it seems, to liberate the valuable real estate under it.

At the forum, Council member Helen Gym will be speaking; also representatives from the Pennsylvania Association of Staff Nurses and Allied Professionals will explain what they have discovered about the situation. Other community stakeholders will also speak about possible concerns and impacts of the hospital’s closure and the community’s vision for the future use of the site.

Center City Organized for Responsible Development (CCORD) is a Registered City Organization, a subset of POWER, that was created by Old First, Arch Street UMC and the Ethical Culture Society, around concerns about the Aloft Hotel that was developed at corner of Broad and Arch. The hotel had been granted public funding that is to be used in economically disadvantaged neighborhoods. In exchange for the public funding, the hotel promises to create 175 living wage jobs in a full service restaurant that was to be part of the hotel. When the hotel was finished, there was no restaurant and only a small fraction of the jobs were created, mostly hotel cleaning staff.

The organizing effort to hold Aloft accountable — we suggested that they should give back the percentage of the public funds that coordinates with the percentage of jobs they did not create! — led us to learn about RCOs.

RCOs are part of the city’s system for engaging public opinion on development and zoning issues. A RCO is provided notice by the Planning Commission whenever a zoning variance or special exception is requested, or when a development requiring Civic Design Review (CDR) is formally proposed, within their geographic boundaries. CCORD was created in the hopes that it might be a vehicle to advocate for more affordable housing and more living wage jobs.

Barry, Clark and Michael are the OFers who have been most involved in CCORD.