What’s the Story Behind the Good Shepherd Painting? 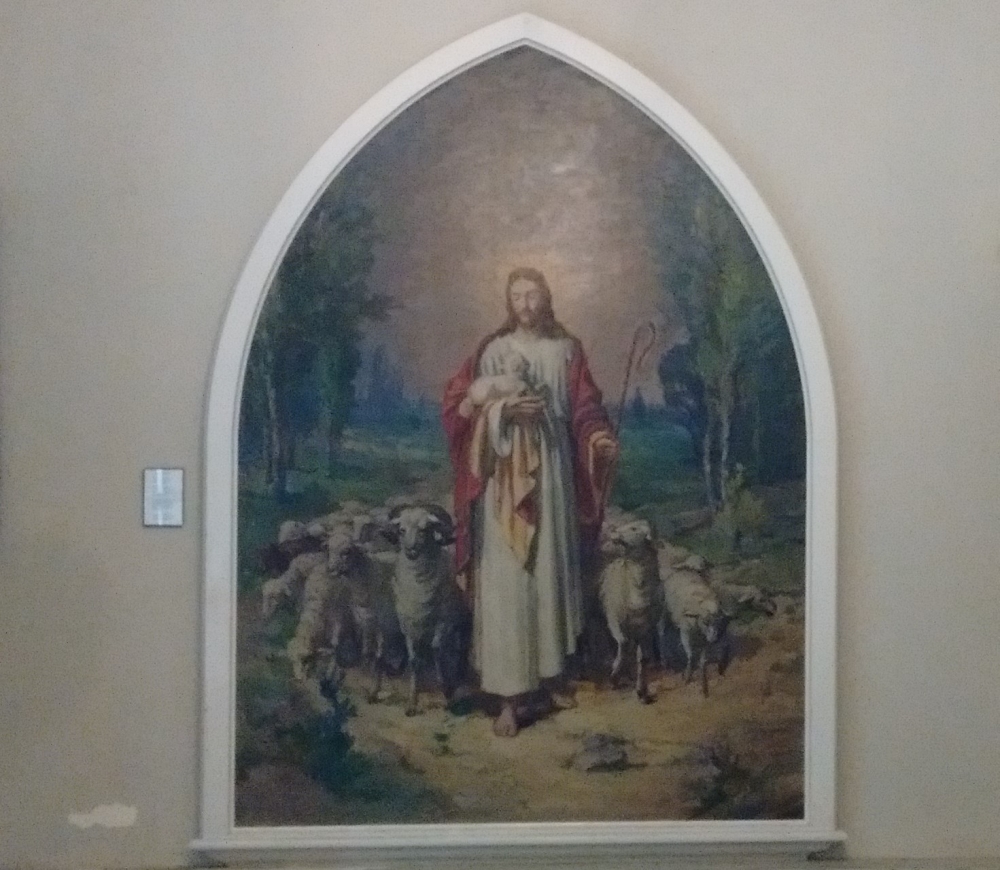 To understand The Good Shepherd, first we have to talk about St. John’s Reformed Church.

St. John’s had as many addresses as Old First…but in a much shorter timeframe.  Organized in 1865, the congregation first worshipped in an academy near 35th & Powelton.  In 1866 the congregation built a chapel at 35th & Pearl.  In 1873 they built a church on Haverford Ave. west of Wyoming and in 1885 they built another church at 40th & Spring Garden.  And then there’s its name.  In 1884, the church went by the name of the Church of the Strangers and kept that name until 1894.  Strangers churches were typically non-denominational.  From the 16th century on, according to Wikipedia, “Strangers’ church was a term used by English-speaking people for independent Protestant churches established in foreign lands or by foreigners in England during the Reformation.”  The non-denominational Church of the Strangers was established in New York City in 1868.

By 1934, the Official Board of Old First was aware that St. John’s was experiencing problems and on January 5, 1935, Old First invited St. John’s to merge with Old First, the “mother” Reformed church of Philadelphia.  The Court of Common Pleas approved the merger and St. John’s observed its final service at Easter Communion, April 21, 1935*.  The following Sunday, the former members of St. John’s were part of Old First.