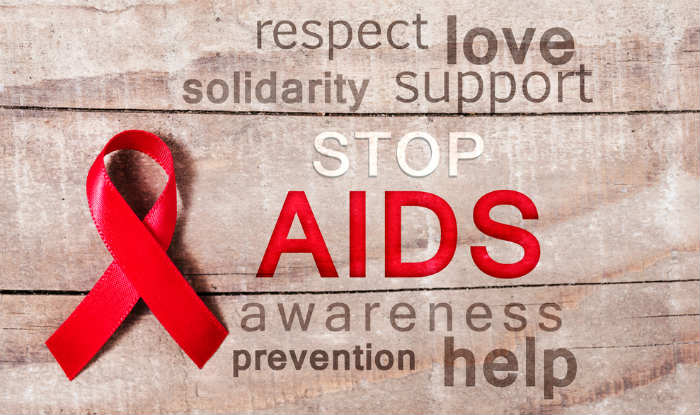 I know a lot more people who are HIV positive than people who are ‘positive in public.’ It’s something I think a lot about lately, even more so today, Dec. 1, World AIDS Day.

Of course, one’s health status is something that one can choose to keep private. It’s your right. In fact, we have legal protection in the United States to that promise and effect.

And many people for all kinds of reasons choose not to share various medical situations or conditions they are facing. For instance, they choose not to think about some aspect of their health themselves, so they don’t want others reminding them. Or they fear people will think of them differently if they knew (they often do it turns out, and sometimes maybe because folks who are positive think differently of themselves?). Or that they will have to expend too much energy assuring people they are all right. These are just some recent examples from a pastor who often speaks with sick people — interestingly none of those examples were from people with HIV — who are shy about their illnesses.

But the sheer number of people who I know who are positive compared to those who are open and public about it… that concerns me. I am not sure I am remembering everyone positive I know, but I think it’s 14, or more, and only 1 is public about her infection. This is obviously no statistically reliable sample, but anecdotally, it is suggestive.

Doesn’t it imply that for people who are HIV positive, there seems significant enough risk or negative result in sharing the news to choose instead to keep quiet. How quiet, I am not sure. Clearly, these people have told me. But in most cases, without their even saying anything, I know that they have shared a confidentiality with me that is not generally known. I can tell not to need asking, but to assume it’s not something we’re going to ask for prayers for in church.

There used to be a time when cancer was a similar diagnosis… somehow shameful, and a cancer patient wouldn’t want others to know of his or her illness. Thank heavens we have gotten past those medical prejudices which now seem as inexplicable as obtuse.

And, as I was reminded from a series of conversations recently, there is still a lot of shame associated with things sexual. In just the past two weeks, I have bumped into this shame over and over. Once with people interested in how queer kids can be raised free of fear and shame about their ‘minority sexuality’ and safe in a world where risking identifying oneself could still be dangerous. Another with a person who was sure he had contracted a Sexually Transmitted Infection, but feared both seeking care from his doctor and telling his partners. Finally, I spoke with a young adult about how the church made her coming out process so much more emotional and threatening. Curiously, her family came around quickly, and ended up leaving a congregation and denomination that would not receive and respect their daughter as she is.

I have also mourned how the gay male community can still be horribly prejudiced towards folks who are positive. It would seem that one of the constituent communities in which infections rates are much higher than any public acknowledgement, it would seem gracious that people were accepting without adding shame or other projections on a diagnosis. That’s often not the case.

Maybe some positive folks are absolutely fine with their diagnosis as a closely held privacy. But there is, of course, the possibility that others are not. …That on top of whatever medical considerations they face, positive folks are also left with some isolation, alienation and loneliness in what feels to them their forced silence. I suspect that our not talking about the infection has a negative result in curbing its transmission as well.

There are many other aspects of HIV and AIDS that we might take up from a religious point of view, that we might want to handle specifically or lovingly because we are Christian. For example, infection rates in Southern Africa are still astounding. And there are many nations around the world where fear and prejudice make treatment for HIV almost impossible.

The good news this World AIDS Day, at least in countries like the U.S., is that most HIV patients have access to medical care and medications that give them prospects of lifetimes as long and healthy as people are negative. HIV treatment is so effective that folks who are positive live “normal” lives, and no one can even tell they are positive. Still, for some, maybe, there is a heavy burden to carry around by themselves.

If have been known to try to reason with people who are feeling heavily the load of an HIV diagnosis. Often it’s not unlike the experience of being overwhelmed by any diagnosis that could eventually spell one’s death. It’s sort of a gasp of mortality.

But for folks who worry about what the diagnosis “says” about them, the HIV label feels heavier.  This had most often been with people who are newly diagnosed. But also with others — friends, families, lovers.

I always offer, because I believe, “it’s just an infection.” Like all infections, it’s opportunistic: if it’s made a home in one person’s body, it would like to colonize in other’s people’s bodies as a form of self-propogation. Not unlike chickenpox. It’s the biology of a virus. If one person is has it; someone else can get it. Basic science. Not some moral judgement or sign of misbehavior or sexual license, irresponsibility or stupidity. Of course, there are ways we can prevent the transmission of the infection, and we should take them, not just for ourselves and our partners, but also as a public health commitment. But when someone has an infection, really, is there anything better than suggesting for example, “you probably had chicken pox too, and that doesn’t make me think any differently about you?”

I don’t want to add any burden to anyone who is positive and choosing not to share that information widely. In fact, I hope the suggestion that the world should accept such news without so much prejudice… that a place like Old First can and does take such news as important because someone has chosen to share it, but after that not in any way definitive… I hope that helps those who are positive and those who love them.