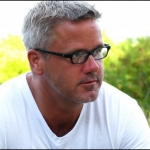 Checking the internet, to see if anyone else shares my read of recent career of the Holy Spirit, I came across endless entries for Christian drug rehabilitation programs. That’s not what I’m talking about!

I want to suggest that the Holy Spirit made a come back in the 2nd half of the 20th century. Not like some teen idol who’d outgrown early pubescent talent and attractiveness, and then reinvented herself — in more mature guise– to begin a whole new, popular career. I’m not saying the Holy Spirit is a some second-chance Ricky Nelson!
Instead, I mean that the Holy Spirit has become… well, more socially acceptable, more mainstream, maybe even more popular.
I have an older UCC colleague, Norm, born in the 20’s and raised in a very secular family. He tells of his becoming a believer and beginning the journey towards ministry during World War II. One night, stationed in North Africa, he had a spiritual encounter. To an outsider or non-believer it inevitably looked like the scoffers’ version of Pentecost, drunkenness and new wine. Or if there really were no mind-enhancing chemicals involved, people might assume it was the dawn of some emotional problem.
It’s an experience that has carried, called and confirmed Norm for the 60+ years since.
Norm tells of the changing receptions Christian audiences have had to his conversion over the years. At first and in those early years afterwards, most people were incredulous. Wary. Or frightened. Only a mad man could actually experience much less try talking to others about the Holy Spirit.
I suspect, in many mainline churches in the 40’s and early 50’s, the third person of the Trinity was little more than the rote, tail-end of the liturgical formula, a philosophical theory from patristic era — almost 2000 years earlier — that no longer seemed relevant, much less important. This Comforter or Advocate did not really play a major role in people’s faith or lives.
Mid-century sermons indicate reason claimed the central place and drew strict boundaries for our grandparents’ faith. It was the modern, scientific age after all: gone where the superstitions of earlier eras. The mainline had a thoroughly reasonable and rational understanding of Christianity that looked to, even leaned on faith in human progress.
Perhaps, Pentecostalism accounts for changing attitudes and growing acceptance of more experiential and emotional forms of faith. The rise of Pentecostalism has been described as the single most significant development in 20th Century Christianity– in just 100 years growing larger than all other forms of the faith, except Roman Catholicism. While its insistence on revival and Spirit Baptism to hasten the imminent return of Christ may not translate directly to a mainline theology, I wonder if– in a sort of “grass is greener” way– we haven’t looked over at the Pentecostal’s table in the great restaurant of the church universal and felt, “we’d like to have what they’re having.”
I also guess that human progress didn’t turn out to be all it promised.
Our hopes and plans confounded, reason could not maintain its role as final or only arbiter. There is today in the mainline increasing room for mystery, all that is beyond our understanding. People can again imagine forces beyond human control. We long for assurance that not everything is up to us. This is manifested in an increasing desire for worship that is experiential, evocative, even– perhaps the E-word that’s even harder to swallow than “evangelism” — emotional.
The Holy Spirit is no longer a distant relative we barely hear from or know, and are happier not to see. Contemporary Christians can, without too much of a stretch, speak about the Spirit and expect to be understood. The Holy Spirit has been rehabilitated!
Though the church fathers who hammered out all the creeds probably would not agree with my formulation, it’s almost self-evident to me: the Spirit is God’s means by which humans have any and all experience — in this life — of a God and Christ “in heaven.” The Spirit is also the power that knits us together, despite all our differences and brokenness, as the church.
Where’s this leave us? Well, Old First isn’t a faith community that asks you to check your brain at the door. And people who visit don’t seem to be overwhelmed or put off by our emotional exuberance.
But there is even here a quiet longing… for some deep, transformative, spiritual experience each time we gather, such that when we leave worship or fellowship or even a meeting, we know we’ve “done and been church.”
Come on Pentecost this Sunday: celebrate the Church’s birthday. Welcome the Spirit. That unique power of God shared with us that we can love God, one another and even ourselves. And, along the way, you can thank the choir and the Sunday School teachers too.
See you in church,
Michael
If you would like to receive these E-pistles electronically each week, or know of someone else who would, please let the church office know.