They Commune With Us Still 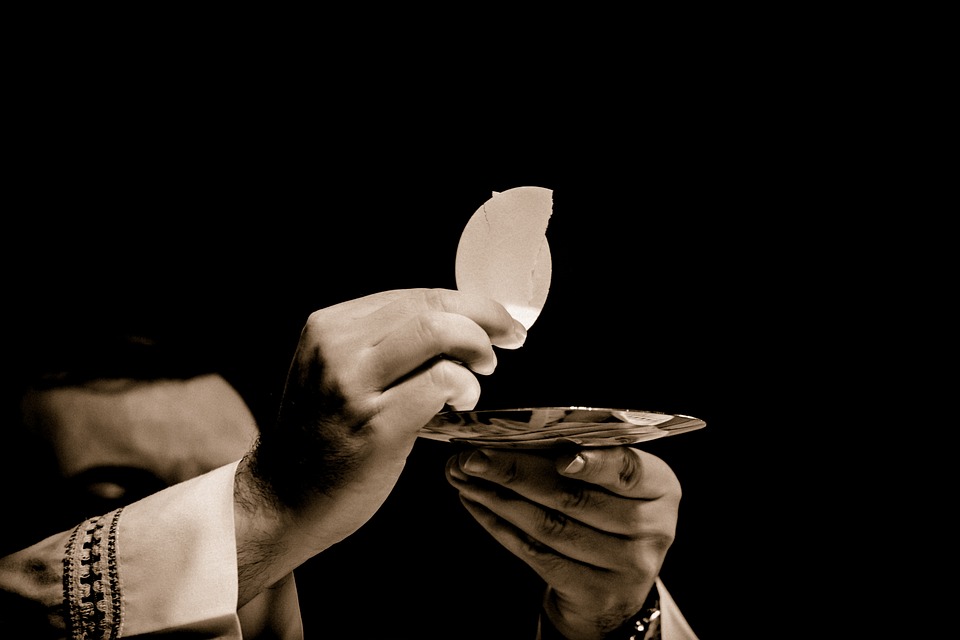 One of the most important and meaningful parts of our faith is communion. Communion, breaking bread together, underscores the importance of community in the church. The community of our church is why we travel to Fourth and Race.

Having been a member for more than a few years now, I feel I commune with more than our current membership. I can’t help but remember people we lost: I still hear Dorothy Spencer’s beautiful laugh, who elderly and nearly blind, could still light up a room; I still see Bob Blatt in his “fourth wise man” costume mixing in with the crèche mannequins and scaring the heck out of people when he suddenly came to life; I still hear Ruth Painter’s sweet voice presenting her puppet shows for the children’s sermon as well as her husband John’s Pennsylvania Dutch accent as he closed marathon board meetings with his “so moved” when it was asked for move to adjourn; I hear Ken Gephardt wondering “what we do upstairs” as he volunteered in the kitchen and would volunteer to do almost anything around the church, even though he didn’t consider himself particularly religious. The community was everything to him. I am still moved by Jean Montague, a normally quiet man, who recalled the horrible treatment he received as an African American while traveling in the south after his return from fighting in World War Two. He emphatically stated that he would not tolerate similar prejudice as he expressed his support for our becoming open and affirming congregation; I see a strong and tall Mark Wagenveld, hoisting those impossibly heavy crèche roof beams like they were 2 x 4’s; and I see and hear so many others from the last nearly thirty years who poured their heart and soul into our community. They commune with us still.

As an architect, I feel a connection with buildings and the people who built them. To paraphrase my favorite songwriter: “old buildings are important to remind us the life and struggles of those who have come before.”

Think of the church community two and a half centuries ago. Those congregants put their work and hard earned money into constructing that landmark 1774 structure. Imagine the anxiety of people, who recently escaped the conflicts in Germany only to see conflict approaching with Britain. At the same time, they did their best to integrate into a new country with a strange language. They contracted the best builders who were associated with Philadelphia’s top architect and built a magnificent structure that was in the English/American style. They abandoned the very much German styled octagonal structure built in 1747. As we put our hard earned money and efforts into our 1830’s building, remember that some of the beams that support our ceiling were recovered from the 1774 building. The product of the efforts and faith of those colonial members are with us. They commune with us still.

As a result of our recent capital campaign work, our church building may look better than any time since it was built in 1837. Many of the windows, so beautifully restored, date back to 1837. Those windows are identified by the narrow knife edged muntins (the strips of wood that divide the window panes). The hard earned money and efforts of our early nineteenth century church members went into purchasing these handmade sashes. Image the anxiety those people faced: the new waves of unfamiliar immigrants; an already changing neighborhood; and facing the reality that the country would soon have to face its original sin of slavery. Nevertheless, they built the structure, installed the windows that we have restored, laid the bricks we have cleaned and pointed, and installed the trim and cornices that have been repaired and repainted. If those people could see the building today, how their spirits would rise to see that the bricks and mortar expression of their faith still stands at Fourth and Race and looks just as good as when they built it. They commune with us still.

Many of the original widows were lost in the dark years when the building served as a paint warehouse. New sashes were installed to replace those lost windows as part of the restoration in the 1960’s when the church community moved back to its original site. Imagine the anxiety of the people of the small Old First congregation coming to a neighborhood that was then the city’s skid row with deteriorating and abandoned buildings everywhere. Lead by their faith, their hard work and hard earned money restored the church. They were able to create a functioning a vibrant church community; however, they were never quite able to totally finish the restoration job. The roof cornice was never quite finished, Roof shingles were just put on top of numerous of past roof coverings and the grade level roof over the crypts on the east side of the building was simply tar paper over a collapsing floor structure, a floor structure that remained from a paint warehouse addition to the original building. As part of the last capital campaign work, we replaced the roof and created the plaza area over the crypts and our present capital campaign work has repaired and restored the church exterior. How happy would those fellow congregants be who took the risk to move back to old city, to see the building today? We have picked up the ball where they left off. Their vision for the exterior of the building has finally been completed and church mission continues. They commune with us still.