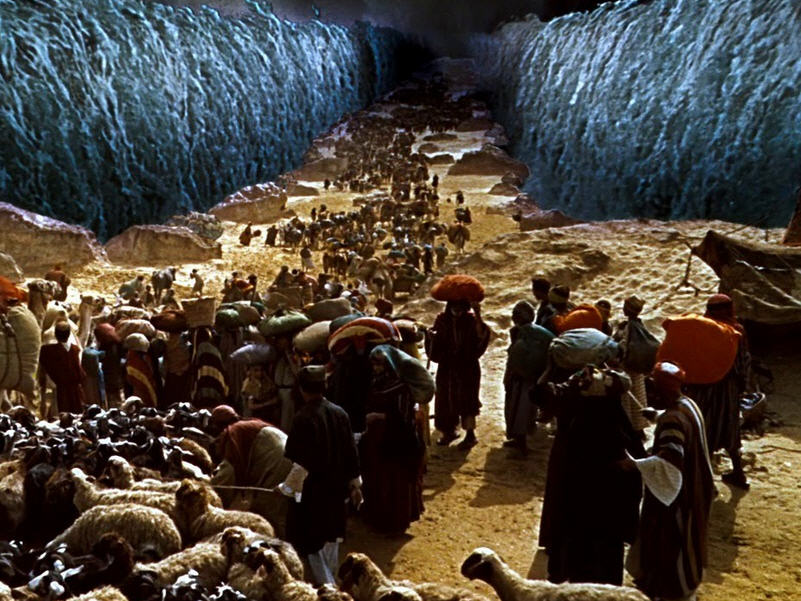 One of you took away from my sermon last Sunday that “Ephesians 2:1-10 is not Michael’s favorite passage; it feels more like a bumper sticker claiming ‘I’m saved’ — in a way that feels too certain and too complete for all of us who are never-quite finished-products in this life.”

What she heard wasn’t my main point, which I might sum up as “For Christians, the Gospel is the Covenant God makes with us in Jesus Christ.”

Still, as a preacher I’m always happy to hear that after church, someone heard something and walks away with some shred of remembering what was said! And it’s even better when the person heard clearly and closely what I did say, even if it was sort of an aside!

Even better, this person went back and read the passage. As a preacher, that’s what I really want: for you to read the Bible for yourself — even if your motivation is that you don’t understand me or want to dispute me!

In this case, when she read the Scripture later at home, she could hear what I hear in the passage. It sounded to her sort of smug. Like a done-deal that didn’t require much of us, not even gratitude. Ok, some good works are mentioned towards the end, but they seemed sort of an after-thought.

But then she brought up a much more important issue than disagreeing with some of pseudo-Paul’s Ephesian theology. She asked me straight-out:”what really is this ‘salvation’ that our faith promises; I’m not sure what we’re talking about, much less what I should — or may not — be experiencing.” She went on to say that traditional theological explanations that’s she’s heard, they often leave her thinking God is “sort of petty and mechanistic.”

I promised to make a stab at some explanatory help, particularly as we near Holy Week. So here I go:

Let me begin by pointing out that the Bible offers a number of different words and instances for what salvation look like. For example, “to keep alive” is used in the face of the destruction that Noah, his family and 2 of each kind of animal were to be spared from. Joseph’s position in Pharoah’s household “preserved the life” of  his father and brothers threatened by famine. “Liberation” and the Exodus are also examples of salvation. Childbirth, particularly for the childless, preserved the family line for the future promised by God. Inheritance in other forms, for example of a land of “self-determination,” is also salvation.

Rescue, help in distress, deliver and set free are also verbs often employed. But even in the most physical metaphors, there is always some connotation of a spiritual transformation too.

In the New Testament, there’s Jesus’ birth announced as the advent of a Savior. And his healings — the blind regaining their sight or the lame being able to walk — are also examples of salvation. His teaching and his preaching too — they seem often to effect salvation.

But one could also say that being called as one of Jesus’ disciples during his itinerant ministry or table fellowship after Peter and Paul brought Jews and Gentiles to eat and praise Jesus at the same meal — those are examples of salvation too. As is the vision in Revelation, where the saved are seen in heaven with Jesus sitting at the right hand of God.

So first of all, salvation isn’t only… or maybe even primarily something that happens after we die or when Jesus comes back. It’s not theoretical. Or some teaching of the church. And it’s not necessarily all other-worldly, ephemeral or hard to explain. It’s also not ultimate, as in a one-time for always conversion. And it’s not necessarily some consummation of all things God means to accomplish. Instead, it’s more of a process or steps, a series of experiences, some of which may not be all that out of the ordinary.

The biblical writers speak of salvation as a reality — in this life or the next — that is at once spiritual and physical; something that happens inside you or within a community and something that can be seen outwardly as well; something historically “placed” and eternally significant.

One of the best explanations I have run across comes from Frederick Beuchner who explained that salvation is something like:

~ Doing the work you’re best at doing or like to do best or know that you were meant to do;

~ Experiencing great art, hearing music that makes your soul sing or seeing visual art that reaches out and grabs you;

~ Having uncontainable, maybe even unexpected, fun;

~ Crying over somebody else’s heartbreak or tragedy…

Beuchner rightfully pointed out that all these experiences are closely related to or may even be an experience of salvation because in each of them two conditions are met:

It’s like parenting on its best, best  days. When you can only gaze on your child with that sense of more love than you thought you could ever feel. In such an outpouring of love, you realize that you are no longer the center of your own universe. You forget yourself. You can even deny yourself. You would do anything, give of yourself for your child.

But here is salvation: by a holy paradox, there’s not less;  there is more. The more you give of yourself, the more there is to give. More of you. And, at last, you feel that you really are yourself.

But all that truth and transformation notwithstanding, there will be other days, much harder days when looking at your child with unbridled love or feeling that you would do anything for that person you are raising are the last things that come to mind! Salvation may not change everything for always! But that doesn’t mean it isn’t important.

Jesus put it like this: “Those who find their life will lose it, and those who lose their life for my sake will find it.” (Matthew 10:39).

Salvation is loving God and living your life accordingly. Being called into giving up your old self-seeking gain for giving to somebody you love, and finding all the riches and resources and love you have to share… and thereby becoming yourself at last. Whichever side of the grave you are on, living as yourself is heaven. And that’s what salvation is about.

I hope that helps my sister. And others as well. Because salvation is what Easter is about too.