“If They send me to hell, Jesus will rescue me.” 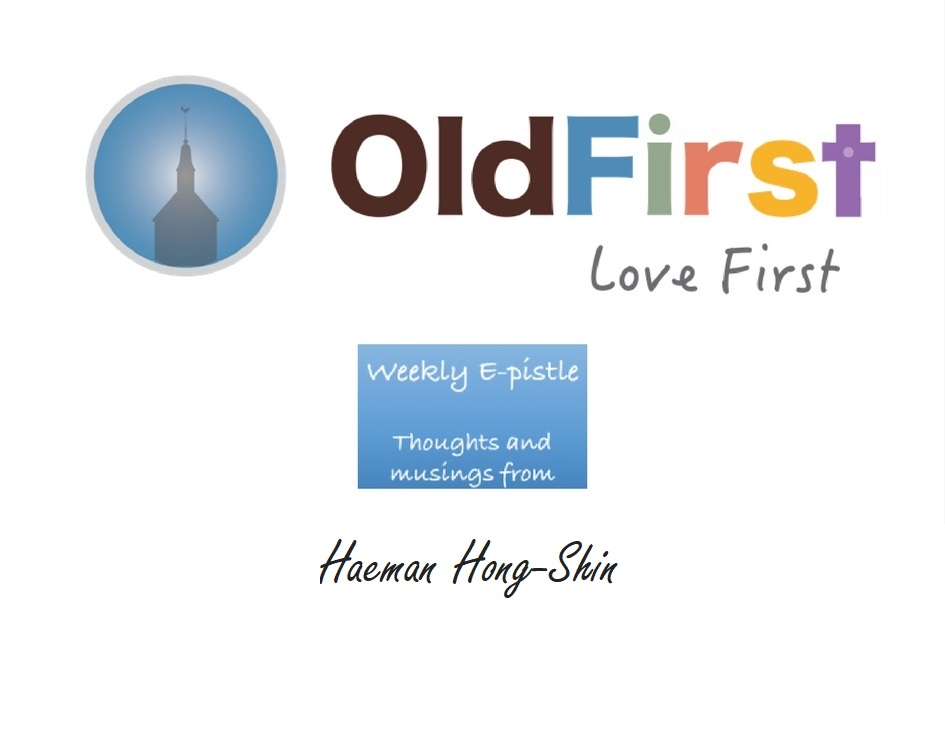 While Pastor Michael is on sabbatical, our weekly E-pistle will be written by different individuals.  This week’s E-pistle is by  congregation member, Haemon Hong-Shin, who is living in Chicago and working on his PhD at Chicago Theological Seminary.   He is interning this summer at a UCC church there…

Few months ago, I met Pastor Michael Caine in Philadelphia. He asked me if I could write an epistle. When I said I had no idea what to write, Michael told me to introduce my theological research. So, here it goes. My theology begins with a story of a Korean gay.

Hyon-seok Yun, who is well known by his pen name Yook woo-dang, was a nineteen-year-old gay activist and poet. On April 26, 2003, he took his own life, in protest against homophobic churches and social discrimination toward Korean gay and lesbian people. He left a note on his desk, saying “If they send me to hell, Jesus will rescue me.” He was a Catholic Christian, but churches excluded and despised him because of his sexual orientation.

There is no Korean Christian denomination that officially supports LGBTQ’s equal rights. In the 100th general assembly of the Presbyterian Church in the Republic of Korea (PROK), which has been one of the most progressive denominations and UCC’s partner, an LGBTQ agenda was totally rejected by the general synod. LGBTQ people were despised and ignored by both conservative and progressive ones. There was no safe place for Yun.

What about theology? Minjung theology is a Korean contextual theology, which focuses on the marginalized and the oppressed in South Korea. It was born in response to young students, laborers, peasants, and the urban poor who protested against a dictatorship under Park Chung Hee’s reign in the 1960s-70s. Minjung theology has included voices of the politically and economically oppressed. However, it fails to include the voice of the sexually oppressed.

From the womanist perspective, Yun’s suicide reveals Korean conservative churches’ violation and indifference to queer people and the sexually marginalized. His experience exposes social and religious evil in the Korean society: the heterosexist government, homophobic churches and heteronormative theologies.

What is the most important task of theology? I believe that it is to listen to voices of the oppressed, exposing structural evil and proclaiming God’s love for people. “If they send me to hell, Jesus will rescue me.” This note has inspired and encouraged me to study theology.