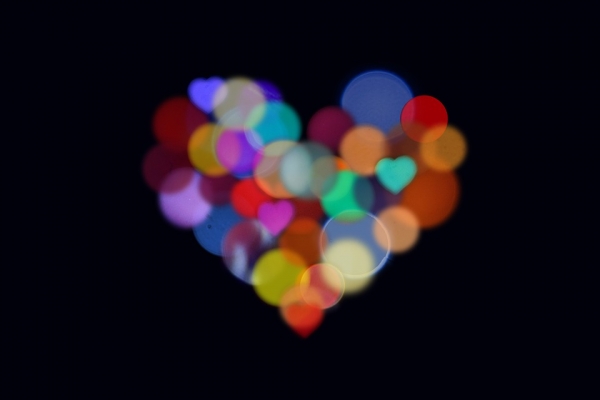 Do  you know Alicia, Bob and Paula, Corlis, Jan and Steve, Max? We had the conversation we call ‘the new members’ class,’ and they are ready, if they Spirit moves them, to join on December 15. Even if any of them decide not to go ahead at this point, we should know them; they are all already a part of this community.

In that new members’ conversation, we talked about many things — really anything they wanted to know or whatever someone thought might help them find their deeper place among us. The new members’ class is really just one of the ways the church helps newer people become part of our community.

At one point I was trying to describe the United Church of Christ. Not an easy explanation  (although everyone in the circle already knows how it feels at Old First)! But we were comparing the UCC to the Presbyterian and Methodist Churches from which some have come. I was explaining how our not being a creedal church means that we don’t have or use a confession of faith to define our church community. Or to winnow away who is in and who is beyond the pale. It’s funny to me: the denomination that has the Salem Witch Trials as part of its inheritance is designed so that witch hunts can’t easily be part of our life together.

At a certain point, one of the new members said, “Wait, let me get this straight; the United Church of Christ has no stated beliefs? How then — without an official confession — how is it a church?” Actually, that wasn’t exactly how the question came out. It wasn’t “judgey” at all; and my memory makes it sound a bit more dramatic!

It was a great question. And one I don’t think I answered well last Saturday. But the question got me thinking this week.

My initial response was “I am not sure how we hold together, and we probably are more diverse, even diffuse than other churches. But the proof is in the pudding: in our peculiar, disorganized way, we don’t always see everything the same, and sometimes we’re at odds with each other, and we can be fractious, but nonetheless we manage to move ahead — albeit in fits and starts — together.”

I could have talked about the Holy Spirit. Or the love of Christ. Or the Gospel. And how they keep us bound and bonded.

Beth added, helpfully, that covenant is important to us in the UCC. She is right. Traditionally, we have said we have congregational polity (wherein each congregation and setting of the church, with Jesus as its only Lord, is free to discern for itself God’s will) But recently, some suggest we have covenantal polity — wherein each body is free to make its own decisions about God’s will, but still is covenantally obligated to care for and be influenced by one another’s witness and service.

I also could have said the UCC as a denomination has a statement of faith. It describes the theological location we as a church have staked out. It’s not that different from the positions other protestant Christians ascribe to. (Although I hear in its articulation that our love of Christ translates in the world to our being a justice-seeking church a distinctively UCC spiritual characteristic.)

As I said, before, however, it’s a statement of belief, not a test of faith. In other words, we are neither surprised nor upset that people diverge from it. I often give the examples: “Some people don’t believe in an afterlife; others don’t buy the virgin birth. Ok. The Congregationalists used to have a line, ‘If because of Jesus, you want to worship and work together, that is enough.’”

And there are other shared ecclesio-cultural values, though sometimes opposing one another, that seem to steer and to hold together our communion. The biblical injunction “That They All May be One” (John 17:21). And the open communion table. And the importance, indeed sacredness of each individual. And Augustine’s “In essentials unity, in non-essentials diversity, in all things charity.” And the Heidelberg Catechism’s promise that ‘our only comfort in life and death is that in body and soul we are not our own, but belong unto our faithful Saviour Jesus Christ.’ John Winthrop’s “There is yet more truth and light to break forth from God’s holy Word,” or in our modern Still Speaking God parlance “Never place a period where God has put a comma.” And the covenant in which this ‘heady and exasperating mix’ is held together (I am quoting Bob Schneider there, but he may have been quoting someone else!)

There is a book, The Evolution of a UCC Style by Randi Walker. In it, the author describes how the denomination was formed by merger with an ecumenical purpose as part of the 20th century’s ‘united and uniting church’ movement. But that’s not how it’s worked out exactly. Pressing issues of the day — the civil rights, the Vietnam War, the Women’s Movement, the anti-nuclear movement, gay rights — have turned out to have had a more determinate spin on what we have become.

How do we stay together? I can’t explain it exactly. Maybe that’s good since it is after all of God. But when I think of it, do I really understand how the Presbyterians or the Methodists rely on the official stated beliefs to hold their center and their outer circle together?

Thinking about all this reminded me of some advice I hadn’t thought about explicitly for a long time. It was at a clergy retreat. I don’t remember who our leader was, but s/he said, “Any successful pastor needs to know how to utilize both a congregations’ official and unofficial communication channels.”

By that the retreat leader was talking about the challenge of creating consensus needed for community and common goals. S/he was advocating using the pulpit and the newsletter and official meetings to share information, expectations and the message.

But the retreat leader suggested that won’t be enough. You also need to use the informal communication channels. Speaking to people one on one. Knowing who your leaders are who speak with others to pass a message or expectations or information on. Playing telephone, so to speak. A pastor needs to know how to access and use both the formal and informal communication channels in the church.

It occurs to me that the same is true for successful denominations. There are the official positions and statements. And then there is the unofficial  — a culture that is shared, passed on, assimilated. It wouldn’t surprise me if in the UCC, where we really aren’t every “top down” about anything, that we rely more than other denominations on the unoffical — what gets passed on horizontally — for what keep us together?