What’s the Story Behind the Communion Silver? 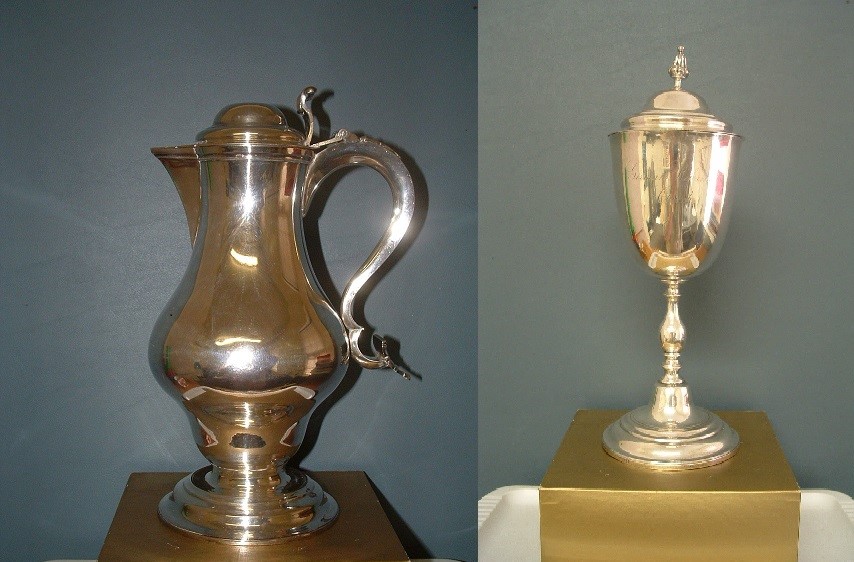 For a congregation that engages in informal rather than formal liturgy and ritual, Old First possesses some beautiful communion silver.  Three silver plated chalices engraved in script “German 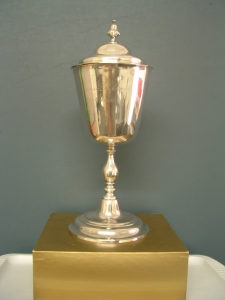 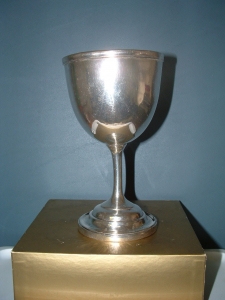 Reformed Church” are reported to have been purchased October 14, 1844, confirming the appraisal dating them circa 1840.  The first chalice bears the hallmark R. & W. Wilson. The fourth chalice has a beaded rim but no engraving or hallmark and is badly dented.

Along with the chalices, the church purchased a silver plated ewer also engraved “German Reformed Church”.  The ewer’s hallmark of William Hackle, Baltimore, Maryland dates it circa 1780.  If the church actually purchased the ewer closer to its date of manufacture, the ewer would have been used by the congregation in all but the hexagonal building.

Three communion bread plates engraved “German Reformed Church” are recorded as having been purchased from J E Owen on February 13, 1840.  Three more small plates and one larger plate are unmarked.  Another fifteen communion bread plates were given to the church and inscribed on the back as individual memorial gifts in the late 1920’s.

Old First purchased much of its communion silver between 1840 and 1844 not long before the Mercersburg controversy when, in 1850, denominational representatives began a long debate over the importance of the Eucharist in worship.  Its beautiful silver communion pieces not with-standing, Old First sided with the group who favored a plain or “low church” style of 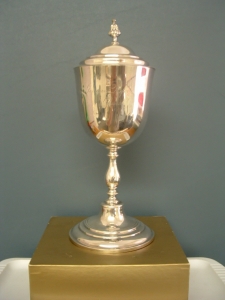 worship–one that emphasized preaching over the Eucharist. 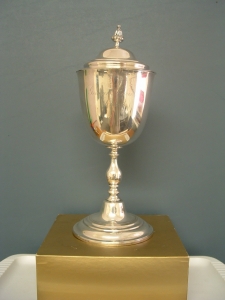 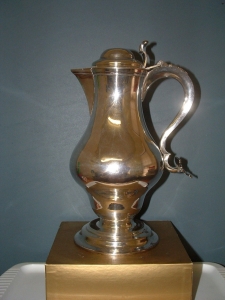