What’s the Story Behind the Crypts? 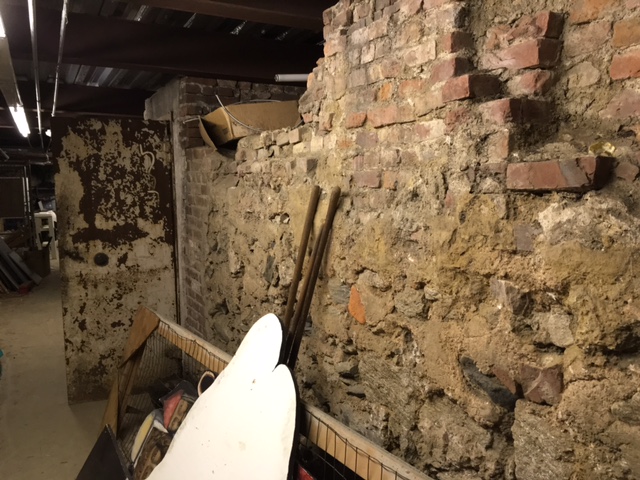 In 1741, even before the construction of the hexagonal church, Old First purchased its original burial ground in Northeast Square from the sons of William Penn.  Northeast Square was one of the five original squares laid out by William Penn.  Over time, the congregation added to the original burial ground to accommodate more than 3,000 burials.  After the Revolution, however, the City of Philadelphia started the process of reclaiming the burial ground, a process that culminated in the 1836 decision by the Pennsylvania Supreme Court wherein the court found in favor of the city, saying that the sons of William Penn had had no right to sell public land.  As part of the settlement, the city gave the congregation $5,000.  The congregation used this money to build 18 crypts about 12 feet away from the foundation of the new church along its Orianna St. side and extending toward Race St.  The crypts were accessed from Orianna St.  Most of the crypts were sold to families, and it seems that church leaders had first dibs, but at least one was set aside for the poor.  Oral tradition says that one crypt was reserved as a temporary repository for the bodies of those who died in the winter when digging graves in frozen earth was impossible.  Old First’s in-ground burial ground at that time was the “New Cemetery” located between 17th & 18th and Arch and Cherry.

Prior to the sale of the church to John Lucas in 1882 for use as a paint warehouse, family members were asked to make arrangements for the removal and reburial of their relatives’ bodies resting in the crypts.  The congregation interred the unclaimed remains in the church plots in West Laurel Hill Cemetery.

John Lucas used one of the crypts as an office and one for a vault complete with a heavy metal door.  The vault was the one crypt preserved during the restoration.  Very faint lines in the brick walls of the vault reveal where the casket shelves once were.