What’s the story behind…? The Old Clock 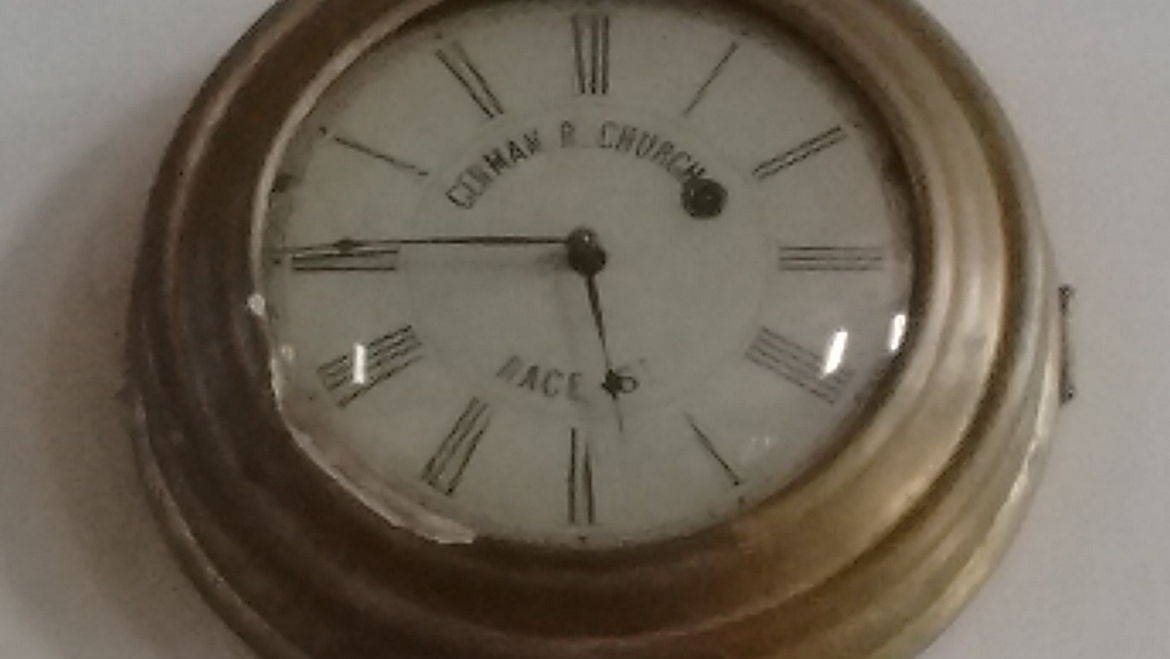 The face of the eight-day clock hanging on the balcony at the back of the sanctuary reads “German R. Church Race St.”  The Roman numerals V – VIII look like they are upside down, but the way they are positioned was and still is the practice for clocks with Roman numerals.  What is different is the use of IIII instead of IV.  There are numerous reasons given for this practice at http://mentalfloss.com/article/24578/why-do-some-clocks-use-roman-numeral-iiii.   Reasons range from the Romans not wanting to show disrespect for the god Jupiter IVPPITER by using the first four letters of his name on a sundial and the tradition just continued to a desire for visual symmetry—the clock face has better balance when IIII is across from VIII instead of when IV is across from VIII.  I favor symmetry.  You?

So, what is the date of the clock?  Church tour notes from 1974 say the clock dates to 1792.  A 1969 Restorator (an Old First newsletter) says the clock is from the early 1800’s.  Trustee Owen Fox at the farewell from 50th & Locust candlelight service recounted, “A week ago as we were packing the items in our archives room…we saw a package back in the corner which bore a date of May 24, 1798.  Upon opening it we found it contained a clock and on the face of the clock is…German R. Church, Race Street.”