“Let us not rush to the language of healing, before understanding the fullness of the injury and the depth of the wound.” — the Rev. Dr. Yolanda Pierce

Talking about race is tough…for everybody! Above is a list of responses that I’ve heard over the years while leading sacred conversations on race with the team.  We don’t want to offend, alienate, or be misunderstood. We don’t want to hurt people we care about. I get it.

At the same time, many of us are deeply concerned about racial justice. We want to see an end to the myriad of structural inequities that perpetually marginalize our black and brown brothers and sisters. We want our sons and daughters to grow up in a world where the content of their character is indeed more important than the color of their skin. We’re tired with waiting. The fierce urgency of now compels us to action. How does talking fix anything?

Here is a little story about how talking and learning about race helped me.

In college I took a course on Puerto Rican history. In the course we explored the various push & pull factors related to Puerto Rican migration to the US. I learned that the reason Puerto Rico is a territory of the US is because the US captured the island from Spain in the Spanish-American War. I also learned that the reason Puerto Ricans are U.S. citizens is because in 1917 the US government wanted to conscript islanders to fight in World War I. Furthermore, I learned that people like my grandmother came to Philadelphia from Puerto Rico during the 1940’s and 1950’s because a government program called “Operation Bootstrap” pushed a large number of Puerto Ricans to the US in an effort to exploit their cheap labor.

I learned other things in that course, but the main take away is this: The reason that I am an American today is because someone years ago created a highly complex and sophisticated system of human conquest, objectification, and exploitation.

The origin story for most black and brown people in this country is one of exploitation and objectification. But without knowing the exact historical events and motivations, we’re often left driving through North Philly neighborhoods wondering how did things get this bad? We feel bad for the children and pity their parents. However, armed with the truth of how those systems came to be, we can start to understand those systems and then begin to develop solutions which dismantle them. This is part of the work that the Sacred Conversations on Race team is hoping to begin over the next few months.

Over the next few months the Sacred Conversations on Race team will be leading three workshops that we’re calling White Privilege 101.

This series is in response to conversations that we’ve had with many Old First folk who want 1) to develop a deeper understanding of the origins of racism and white privilege, and 2) to gain the tools needed to have substantive conversations with others, and especially folk who we might disagree with.

This series will cover the following topics

We believe these sessions will give us a solid foundation upon which to begin to break through the paralyzing vastness of racism, which is the first step towards dismantling this enduring form of oppression.

These sessions will be both informational and conversational and should take about 90 minutes and will occur directly after worship. (People are invited to bring a brown bag lunch to church, as we have done with the Approaching the End of Life series after worship.)

Michael Johnson for the Sacred Conversation on Race Team 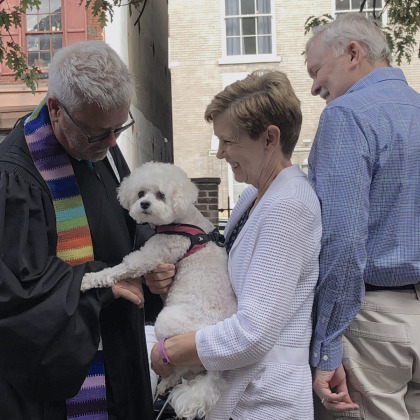