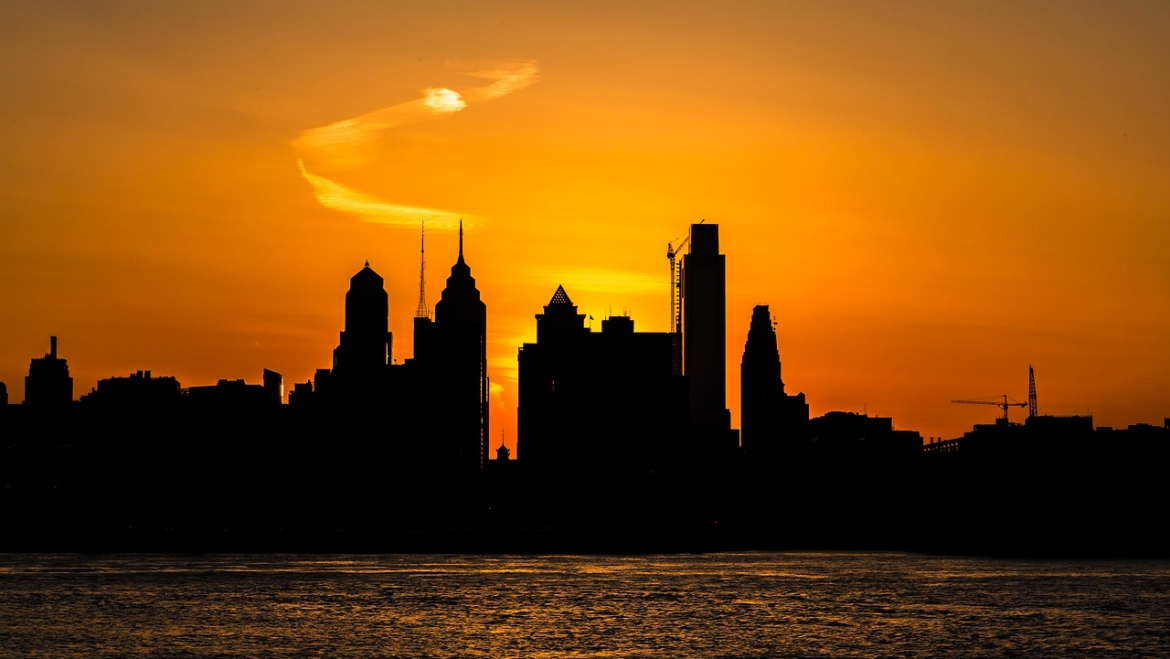 “Woe to him who builds his house without righteousness, And his upper rooms without justice, Who uses his neighbor’s services without pay, And does not give him his wages, Who says, “I will build myself a roomy house, With spacious upper rooms, And cut out its windows, Paneling it with cedar and painting it bright red.’” — Jeremiah 22:13-14

No, this E-pistle isn’t about our President’s lousy record of stiffing vendors who have worked for him constructing glass towers emblazoned with his name and built for his ego. Rather, it’s about the built world around us changing so dramatically.

In these past boom-development years of low interest rates and rising interest in city living, I think cityscapes across the world have been startling remolded in a very short time. As a walker and cyclist around Philly, I am often shocked by new buildings that just seem to have popped up — most recently, I noticed a building on the south side of Arch between 2nd and 3rd. A big building. When did it get built? What was there before hand? (Could it have been the parcel where they found the remains of a colonial cemetery?)

There’s something about a new building, once it’s built, it almost immediately takes on this aspect of “foreverness,” as if it’s always been there, even though we know that’s not true. Maybe it’s just the mass of the structure?

Old First, of all institutions, knows that building hardscape is not forever. We have built six buildings, and torn down two. Sold another three, and bought back one. We have lived on our current site twice, but we have also sojourned and served at two other locations (10th / Wallace and 50th / Locust).  Our former schoolhouse, behind the Sanctuary building, plans have now been approved to renovate and add on to it to make more housing in Old City.

So, while I have been amused by how much a street or a block can change, once there’s a new building there, it almost feels like it’s always been there. Most of us may not like the new block square of apartments catty corner from the church, but there’s no question it’s there. One hardly remembers the shuttered Pincus suit factory it replaced.

Cityscapes change, not gradually, but in sudden, new building block chunks. Lately, whole blocks or neighborhoods seem to be suddenly switched out. Maybe this is more shocking in a city like Philly that prides itself in its early architectural heritage?

When I moved into my building in 2012, the immediate buildings on my block were the four 1864 rowhomes that mine was one of, and the old early 20th century Bell Telephone Building across the street, now lofts. The area to

day is unrecognizable compared to then. The block of Cambridge that stretches behind me is all built up. St. Joseph’s Hospital parking lot in front of me is now another full block of row homes. There are new buildings to the north and south on 17th Street. My least favorite change: I used to look out by back bedroom window over yards and lower buildings all the way to the grand Greek Temple of Girard College; now I look out on a windowless four story vinyl siding wall build right up on my property line, 35 feet from my window. My favorite symbol of transformation is the closed grocery-store like structure on the SE corner of Ridge and Wiley. It wasn’t torn down! It was just built on top of and covered over…

I thought of how dynamic cities can be again, last week as I was in NYC  walking to the Megabus departure stop — with all the hoopla of Hudson Yards– the latest Westside neighborhood that’s built over the old train yards. And

Megabuses between NYC and Philly that at their peak are running every 20 minutes. Another example of dynamic city: in a planning meeting for our new building, one of the architects asked if we’d heard that the Mint might be moved. I have often thought, it made sense to put the Mint here in the 1960s as an anchor, when they were trying to stabilize and upgrade the neighborhood. But now that it’s a fancy residential hotspot, maybe using prime real estate for essentially a factory isn’t the best? Especially with the tractor trailers backed up and backing up traffic at an increasingly dense and busy corner. I’ve done a little research and some of us may see an Old First without the Mint across the street…

Why all this talk about the changing city landscape? Yes, your pastor is an pro-density urbanist who believes cities are perfect for less auto dependency. But I’m not arguing for that in this E-pistle.

Rather I want to catch your attention, and ask you to consider your perspective. On Sunday, we’re going to get to see the basic design for the new building: permanent supportive housing for 34 formerly homeless people, new office and program space for the church, and new retail space on the corner. It’s not a done deal yet, but it’s promising, exciting that we have gotten this far. And our sort of wistful “what if we could do more for the homeless than temporary shelter?” and “what other ministries might we undertake?” are actually taking shape.

You aren’t going to see finished plans. We’re not that far. Instead, you are going to see a floor plan and the shape and size of the buildings proposed. And hear the explanation why these are the best use of our tight space for all we want to accomplish.

I hope this isn’t a spoiler, but, realistically, the building will completely change our strip along 4th and the corner of 4th and Race — physically, programmatically, and, I think, spiritually.

It can be hard to imagine, much less see, something so different. If Old First is in any way dear to you, you probably have some fondness for how you know our property now. We’re not the fanciest church in town; nor do we have the best kept grounds; and the CE and Fox Buildings still look pretty shabby. But our current configuration, it’s still the physical representation of the precious community of people that’s harder to get a better representative image of. And, it is what we know well and are familiar with… what we may find hard to let go of. Especially since people at church, well, we usually don’t look to church to unsettle us or change on us.

One of our wise elders has pointed out that anything new proposed could be hard to swallow and meet with resistance. “People will be all upset about change — no one likes change or discomfort at church. But once it’s all built, everyone will love it, and say they always wanted it here.” I hope so. Is this some voice of experience. I wonder how people felt with all our other moves and new buildings?

But may I ask something as your pastor…  that spiritually, we recognize all the different perspectives we can take when approaching what will be shared with us:

There will be a lot of questions, and that’s great! There will be time to ask the architects, the leaders from Community Ventures and DePaul and our own Joint Venture Ministry Team. And the JVMT has set up an e-mail: jvmt@oldfirstucc.org. The will be answering questions all week, before the following Sunday’s congregational meeting, because they know that often questions take some time to percolate to the surface.

I guess you could say that as pastor, I’m asking that we not let ourselves be limited to what we have been in the past. Can we also include the perspectives of the present and the future. I am proud of Old First for not being a museum. The world around us is changing. We can expect to change too. Contemporary pastors’ jobs, in large part, I often think, is simply to get congregations to live in the present moment.

A friend once sent me an essay entitled “Never Go Back” by the New Testament scholar, William Barclay. If I remember correctly, Barclay wrote a weekly column for some newspaper across Great Britain or in his native Scotland. I looked for the essay, but couldn’t find it. But I have always remembered one of his points: ‘when we find ourselves trying to repeat a success, we can be sure that we are living too much in the past.’ Barclay’s concern was that church too often misses  completely the challenges, changes and accomplishments it could have as a living congregation of current saints. We have been successful in so much. How much more can we do?

Church, be ready to be surprised and delighted, that in our changing city, we too can do and become something new.

See you in church and at the meeting after worship,